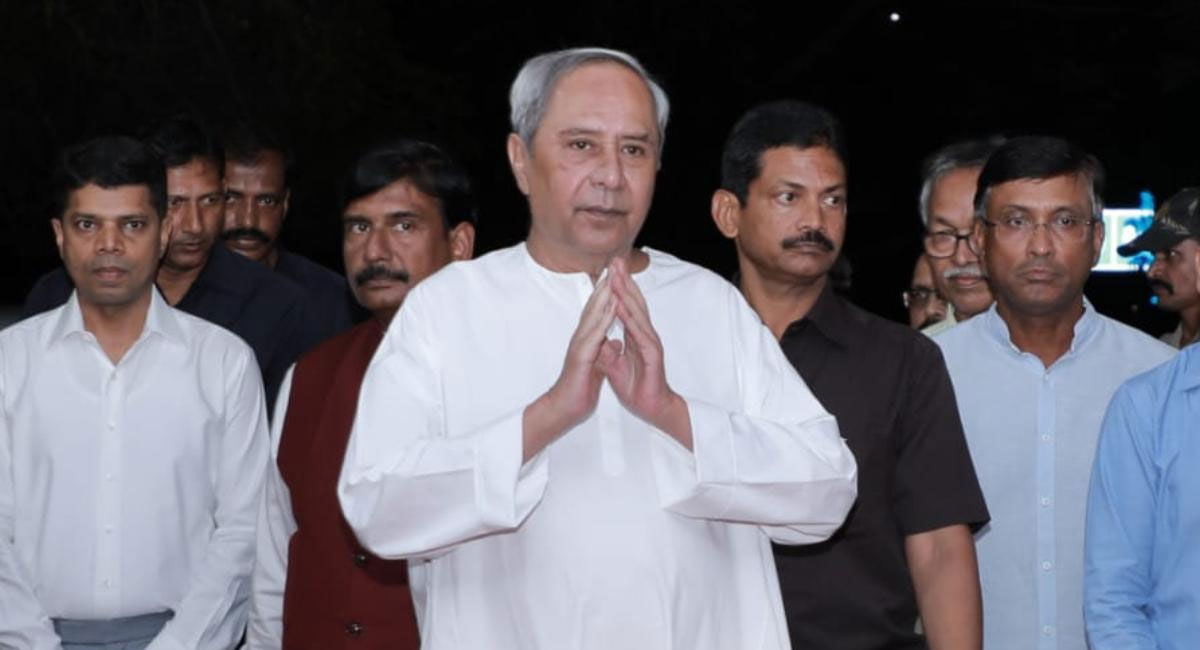 The Biju Janata Dal government led by Chief Minister Naveen Patnaik seems invincible at the moment. Such is the popularity of Patnaik that political analysts have described him as irreplaceable. The much-talked-about TINA (there is no alternative) factor was visible even in the last elections with people voting overwhelmingly in favour of Patnaik who took up the reigns of governance for the fifth time in a row.

Most political experts agree that the invincibility of Patnaik is the result of hard work and his pro-people initiatives, the most important of these being Mo Sarkar which is a brilliant concept. It is aimed at improving the quality of governance and involving people in the process of doing so.

For any good idea to click, it must be implemented properly. A good beginning was made with the launch of the programme with the Chief Minister himself monitoring its implementation. The impact was visible with people visiting police stations reporting excellent behaviour by the men in khaki.

Hospitals were also in focus during the first phase of the implementation of the programme. With the Chief Minister taking personal care and his senior officials visiting hospitals to review performance, doctors and paramedics made special efforts to enhance the quality of their service.

The drive continues despite occasional problems such as stray complaints about policemen only making a show of being courteous to people. There have also been allegations of hospitals in far-away areas turning away people. In the past there were reports about hospitals being spruced up ahead of the visit of 5T officials and doctors pretending to take best possible care of people.

While a new agriculture policy has been announced, there is a renewed effort to remove obstacles in the path of KALIA scheme which was touted as a one-stop solution to the problems of farmers. All this has kept the department in focus.

There have been other pro-people initiatives of the government. For example, Chief Minister Naveen Patnaik announced a special livelihood package for migrant workers in 20 migration-prone blocks of four western Odisha districts on the Makar Sankranti day.

The package envisages assured work for at least 200 days in a year under MGNREGA at a minimum wage of Rs.286.30 per day for unskilled daily wagers in 477 gram panchayats of these blocks in Bargarh, Balangir, Nuapada and Kalahandi districts. These panchayats will be treated as intensive GPs under the Odisha Livelihoods Mission and each beneficiary family will be brought under the fold of Self-Help Groups (SHG) which will receive financial assistance from the Community Investment Fund (CIF) and Voluntary Reduction Fund (VRF).

The state government has created a Corpus Fund of Rs.500 crore to ensure timely and uninterrupted payment of wages to these labourers under MGNREGA. While eligible households will also be provided ‘pucca’ houses, all SHG members will be insured. These are the major features of the package which seeks to address the basic issue of livelihood which is at the heart of the problem of labour migration.

There is no denying that the issue needs immediate redressal with media frequently reporting stories of torture of migrant labourers at the hands of labour touts and their employers in foreign climes. Only a few months ago, illegal labour agents had chopped off the toes and fingers of a migrant labourer from Nuapada in Maharashtra’s Nagpur.

A similar incident had taken place in 2013 when a labour contractor, referred to as ‘sardar’ in the migration belt of Odisha, had chopped off the palms of two labourers – Nilambar Dhangada and Bialu Nial – for refusing to do his bidding. Natives of backward Kalahandi district had been hired by the contractor to work in Raipur but were asked to proceed to a brick kiln in Andhra Pradesh at the last moment. When they refused, the contractor and his henchmen cut off their palms leaving them permanently disabled.

However, this inhuman labour trafficking continues uninterrupted despite such incidents because the employment scenario in the migration-prone districts of the state remains grim. On a rough estimate, around 3.5 lakh people from Kalahandi, Balangir, Nuapada and Sonepur, the four western Odisha districts that are part of the infamous KBK belt, migrate to other states annually in search of jobs. Bargarh has also earned notoriety for annual exodus of labour from its various blocks.

Most of these are drought-prone districts and when agriculture suffers people in villages are left with practically no other livelihood options. The landless, who earn by working in the fields of well-to-do farmers, are forced to migrate in search of work. The exodus begins soon after Nuakhai, the region’s biggest festival when poor families take advance money from the agents of labour contractors who infiltrate the villages.

The argument that these people migrate in search of greener pastures is completely misleading. It is a well-known and well-recorded fact that the poor men and women from these hunger zones of western Odisha used to leave their homes behind and take the risk of working in alien lands because there was no livelihood opportunities for them at home. The government deserves praise for coming up with a special package for this section of our population. One may be rest assured that the Chief Minister will ensure proper implementation of the package because he knows that the image of his government depends on this. After all, it is measures such as these which have made him one of the most successful chief ministers of the country.