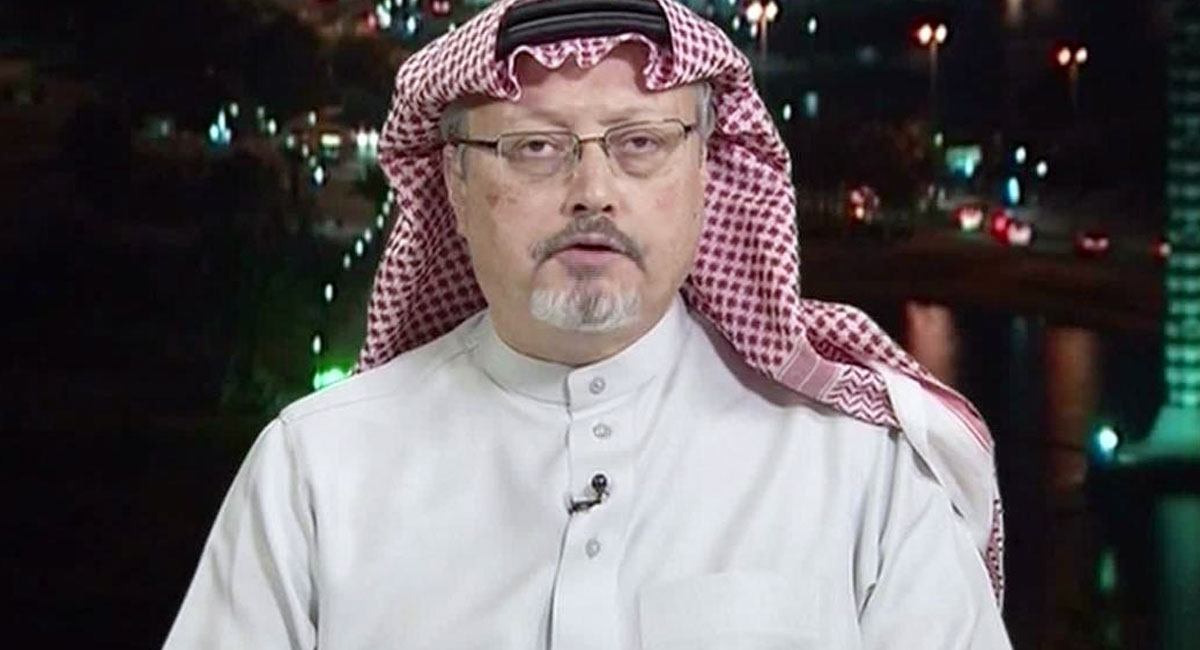 Prominent Saudi journalist and one of its most outspoken critics Jamal Kashoggi disappeared after entering the kingdom’s consulate in Istanbul on October 2. He had gone there for paperwork needed for his planned marriage to his Turkish fiancé. Within minutes of his arrival, he was murdered. Authorities are yet to trace his remains despite weeks of investigations.

Jamal Khashoggi, a contributor to the Washington Post, was living in self-imposed exile in the United States. The BBC said that Khashoggi served as an adviser to the Saudi royal family and was for many years seen as an insider, until he left more than a year ago amid a reported clampdown on press freedom.

With over 1.6 million followers on Twitter, Khashoggi was a prolific commentator in print and on television. He was famous for interviewing Osama bin Laden several times and also served as a media aide under Prince Turki al-Faisal, when the latter was Director General of the Saudi intelligence agency.

Suspicions rose when the kingdom initially denied any involvement in the disappearance, but amid mounting international pressure later acknowledged that he had been killed at the consulate in a rogue operation.

US President Donald Trump had warned that his administration could severely punish Saudi Arabia, a key ally of Washington, if the kingdom was found responsible for Jamal’s murder.

Turkey has claimed it is in possession of audio and video evidence that Khashoggi was tortured and murdered in the consulate building.

The murder of Khashoggi has generated a far stronger international backlash against the kingdom than the ongoing Saudi-led war in Yemen, which has caused widespread famine in the already impoverished Arab country.

After first stating that Jamal was killed “accidentally” in a fist fight at the kingdom’s consulate in Istanbul by “rogue” agents, Saudi officials now believe that his murder was “premeditated”.

Recent reports said that Saudi agents killed Khashoggi in minutes and then dismembered his body with a bone saw for disposal.

Saudi Arabia initially denied any knowledge of Khashoggi’s fate, but later said it had arrested 18 people and dismissed five officials after a preliminary investigation revealed he was killed in the consulate during a “botched intelligence operation”.

The international community has overwhelmingly met this explanation with considerable scepticism.

Turkey had rejected the Saudi’s description of the “accidental death” and pressed it to concede Khashoggi was deliberately targeted. The kingdom’s narrative was also questioned by US President Donald Trump.

“We have maintained since the beginning that the Khashoggi murder was premeditated,” a senior Turkish official told The Washington Post shortly after the Saudi announcement.

“We owe it to Jamal and his loved ones to uncover all of the truth. The criminal investigation continues in Turkey.”

The New York Times said that the Turkish officials leaked to the news media the names of the men on the Saudi team as well as photos of them arriving at the airport and moving around Istanbul.

The Turkish media also released photos of a Saudi “body double” wearing Khashoggi’s clothes and walking around Istanbul shortly after his death. Many of the men identified in the photos are known to the part of the crown prince Mohammed bin Salman’s inner security cover.

Given that some of the identified assailants work directly for the crown prince, his involvement has been widely suspected in Jamal’s murder.

After weeks of silence on the murder, the crown prince called the killing a heinous crime that cannot be justified at the Future Investment Initiative – popularly known as the “Davos in the Desert” summit. Many corporates and media houses shunned the Saudi tech summit in light of the Saudi response to the murder.

Also, lawmakers in the European Parliament threw their weight behind a European Union-wide halt in arms sales to Saudi Arabia. Around 15 EU countries have or have recently had arms deals with Saudi Arabia. They are the US, Austria, Belgium, Bulgaria, the Czech Republic, Denmark, Finland, France, Germany, Italy, the Netherlands, Poland, Romania, Spain, Sweden and the UK, according to the most recent report released in 2016.

International sanctions may follow if Saudi Arabia is unable to prove its innocence. The kingdom may wait for the crisis to blow over, but may have to take action if the furore refuses to die down in the coming days. The current crown prince, considered the de facto leader of the nation because of the king’s poor health, may be asked to step down. If he continues to be the crown prince, the kingdom may curb his powers by appointing some other princes to take over some of his current positions.

Either way, what happens in Saudi will have far-reaching consequences for the kingdom as well as the international community. Saudi Arabia’s open-ended war in Yemen on its southern border (launched in 2015) and its blockade of Qatar to the east (started in 2017) were the brainchild of the crown prince. His fate will decide the course of these decisions.

Given that Saudi Arabia is the world’s largest oil exporter and the largest reservoir for future oil supplies, many countries who depend on it for energy and fuel may be impacted. The ripple effect of Kashoggi’s murder has only just begun.