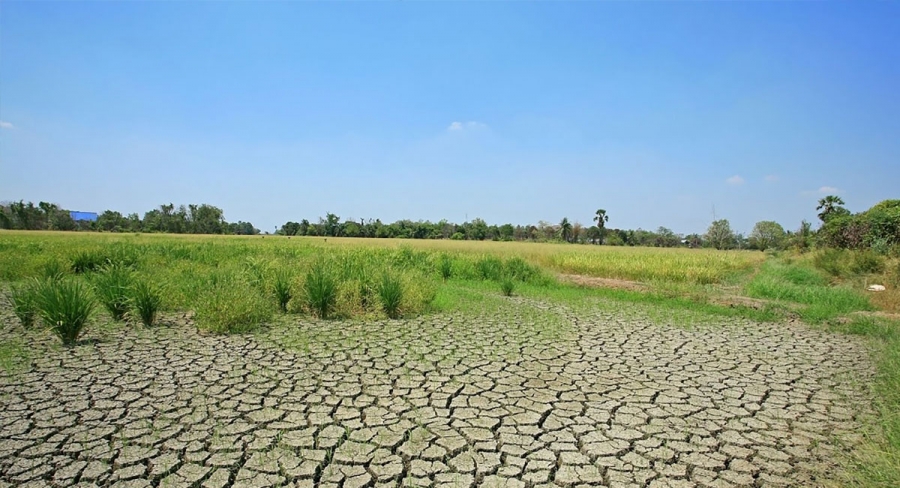 Land degradation can exacerbate climate change and threaten agricultural productivity, water quality, biodiversity, sustainable development, and the living conditions of humans and wildlife, among other effects. Globally, a third of our land is degraded, affecting three billion people, and it is expected to worsen with rising demand for food.

To address this issue, ISRO’s Space Applications Centre in Ahmedabad had released the results of a project in 2016 in the form of an Atlas mapping the extent of land degradation and desertification across the country, including the processes involved, the severity, and the changes in degradation. Not only does this Atlas facilitate India’s reporting to the UNCCD, it also highlights vulnerable areas for mitigation to policy makers, managers, planners, and researchers.

The report-cum-atlas showed that during 2011-2013, the most recent time period to be quantified, 29.3 per cent of the country was undergoing land degradation. Compared with 2003-2005, the country experienced a 0.57-per cent increase in land degradation and more land has been degraded than reclaimed. A few states were afflicted with more than 50 percent of their area under desertification. The increase in degradation compared with 2003-2005, was high for Delhi, Himachal Pradesh, and the northeastern states while four states showed a drop in degradation.

Better regulation of land and stepping up watershed management initiatives will help combat the rising trend of degradation, experts say.

So what is land degradation/desertification and what are the costs?

Land degradation is driven both by changes in climate and human activities. S. Dharumarajan, a scientist at the Indian Council of Agricultural Research-National Bureau of Soil Survey and Land Use Planning in Bengaluru, who was involved in the project, pointed out. “Overexploitation of natural resources is the main reason for increasing land degradation in India,” he said.

The cost of land degradation can be substantial for India where agriculture is a large contributor to the country’s Gross Domestic Product. As a result, lost productivity can weigh heavily on the economy. A study by Delhi-based The Energy and Resources Institute [TERI] estimated that the economic losses from land degradation and change of land use in 2014-15 stood at 2.54 percent of India’s GDP or Rs 3,177.39 billion [Rs 317,739 crore or US$ 46.9 billion] for that year. Land degradation alone accounted for 82 percent of those costs.

The top processes leading to degradation/desertification in the country in both time periods were water erosion [10.98 per cent in 2011-2013] followed by vegetation degradation [8.91 per cent] and wind erosion [5.55 per cent]. Overall, the areas affected by vegetation and water erosion increased by 1.02 mha and 0.49 mha respectively in 2011-2013, while there was a slight drop in the total area degraded due to wind erosion and salinity, indicating improvement.

The area under desertification [dryland areas] was 82.64 mha in 2011-2013, which rose by 1.16 mha from 2003-2005. While wind erosion was the main process leading to desertification in the arid regions, vegetation degradation and water erosion dominated in the semi-arid and dry sub-humid regions.

So what needs to be done to reclaim degraded lands?

According to V Ratna Reddy, Director of Livelihoods and Natural Resource Management Institute [LNRMI] who was the author of a 2003 article on land degradation in India.Reddy, to combat soil loss by water erosion, which is the largest process leading to land degradation in India, and to restore degraded lands, there is a need to initiate watershed interventions immediately. Watershed management initiatives include afforestation and other programmes aimed at conserving soil and water.

“Watershed management has been dropped from the priority of natural resource management [NRM] initiatives over the past five years at the national and state levels,” Reddy noted.

According to Dharumarajan, reducing the severity of degradation/desertification can be achieved by establishing a “proper land use policy, protection of prime agricultural lands and regular monitoring of highly vulnerable areas.”

The period of time required to reclaim degraded lands can be lengthy. “If restoration work is scientifically initiated and properly executed, it will take approximately 25-30 years for a visible restoration. But in some areas such as housing colonies may not be possible to restore within such time limits,” said Milap Sharma, a professor at the Centre for the Study of Regional Development at Jawaharlal Nehru University, New Delhi, who was part of the project.

“This Atlas was prepared using visual image interpretation that may vary from eye to eye,” said Sharma. “Therefore, there is some inconsistency in mapping and identification in terms of intensity.”

Also, Dharumarajan points out that the Atlas “only helps for state-level planning.” To prepare a degradation combating plan at the district or village-level, he says, we need to map land degradation at a finer scale.

Around 78 vulnerable districts were selected for detailed mapping at a scale of 1: 50,000, which Dharumarajan says is better for preparing combating plans aimed at afforestation and conserving soil and water. These districts have already been mapped. Semiautomatic techniques were used for mapping the districts, said Sharma. In the next step, such high-resolution mapping and analysis would be carried out for all districts in India, he added.