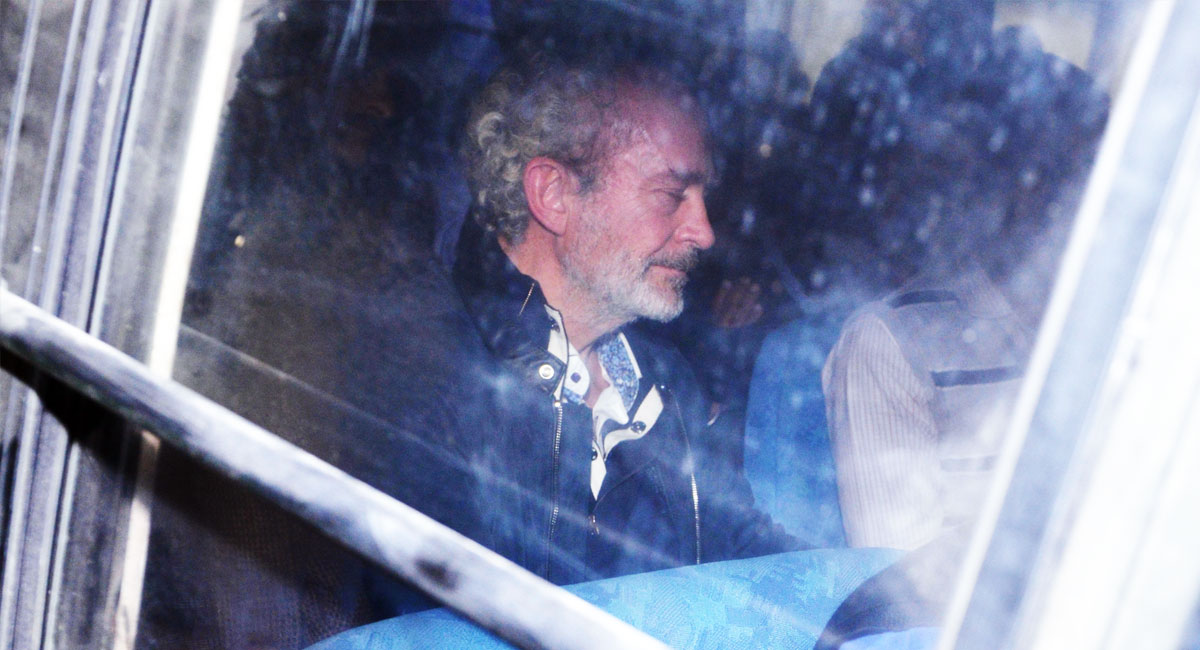 The successful extradition of Christian Michel, the main accused in the AgustaWestland case, is a shot in the arm for the troubled BJP regime

After many years on the trail of international arms dealer Christian James Michel, the alleged middleman in the Rs 3,600-crore AgustaWestland scandal, a 10-member team from the foreign intelligence agency RAW [Research & Analysis Wing] successfully returned on a special plane from Dubai with the man at the centre of the controversial defence deal on the night of December 4.

Fifty-seven year old Michel’s extradition to India is something of a political coup for the Narendra Modi government and the controversy-riddled Central Bureau of Investigation [CBI]. The Bhartiya Janata Party [BJP] has taken a special interest in the case which surfaced during the Congress-led United Progressive Alliance [UPA] regime in order to counter any doubts about Prime Minister Narendra Modi’s anti-corruption credentials in the wake of the Rafale deal and the embarrassment caused by fugitive businessmen like Nirav Modi and Vijay Mallya.

In 2014, India scrapped the contract with Italian company Finmeccanica’s British subsidiary AgustaWestland for supplying the choppers to the Indian Air Force over alleged breach of contractual obligations and charges of paying kickbacks for securing the deal after revelations made during a judicial trial against the company in Italy.

In 2016, the Enforcement Directorate [ED] filed a charge sheet against Michel, accusing him of receiving 30 million euros or about Rs 225 crore from the helicopter manufacturer for bribing Indian bureaucrats, politicians and Indian Air Force officials.

Michel who is a British national allegedly helped AgustaWestland — owned by Italian defence company Finmeccanica [now Leornado] — to bag the February 2010 deal for 12 AW101 choppers, mainly meant for VVIP use.

The CBI claims that Michel entered into 12 contracts through two of his firms, Global Trade & Commerce Ltd, London and Global Services FZE, Dubai, UAE, with Finmeccanica, AgustaWestland and Westland Helicopters UK to legitimise the “illicit commission on the procurement of VVIP Helicopters by Ministry of Defence”. An amount of 42.27million euros [then around Rs 295 crore] was paid by the Finmeccanica Group to Michel’s firms as kickbacks/bribe without undertaking any work against the receipt of the amount, the CBI said.

In custody, the line of questioning of Christian Michel by CBI may centre around ferreting out from him the names of defence personnel, politicians belonging to the UPA and government officials who had allegedly entered into a criminal conspiracy with him with others in facilitating the contract for acquiring VVIP choppers.

Sources said the probe would also include the money trail of the kickbacks of 42.27 million euro which was said to have been paid by the Finmeccanica Group to the firms of Michel as kickbacks.

Agency officials said Michel would be confronted with documents recovered during raids by Swiss authorities and shared with the CBI through Letters Rogatory [LRs]. The LRs are documents used for making request through a foreign court to obtain information from specified person/s within the jurisdiction of that court. “These indicate bribes paid by Michel to the Indian authorities for securing the contract for the supply of VVIP helicopters,” an agency source said.

CBI officials said public servants abused their position as they allowed reducing the service ceiling of the VVIP helicopter from 6,000 to 4,500 metres and a contract awarded to the AWIL, UK, by the Indian government through Ministry of Defence on February 8, 2010.

“Michel was imposed as a controller on the other two middleman [Ralph Guido Haschke and Carlo Gerosa] already roped in by AgustaWestland as they had no specific knowledge in the sector of helicopters. Renzo Lunardi, the then commercial manager of AgustaWestland, proposed his appointment to which the CEO of the firm Giuseppe Orsi [2005-2011] agreed,” a source said.

Officials said that former IAF chief S.P. Tyagi, his cousin Sanjeev Tyagi alias Julie, then Vice Chief of the Air Staff J.S. Gujral and advocate Gautam Khaitan can be summoned by the CBI again for questioning in the case. A CBI chargesheet has mentioned the four Indians.

As BJP leaders use Michel to convince voters about AgustaWestland’s link to the Congress party and “family” in the diaries to the Gandhi family, the Congress was further embarrassed when one of its youth leaders came forward to represent Michel in India soon after his arrival. Even though the party expelled the member, the BJP was quick to link the party with the accused.

In its defence, the Congress said the AgustaWestland deal was initiated when Atal Bihari Vajpayee was prime minister, and the decision to change the specifications of the helicopter, which led to the scam, was taken by Vajpayee’s PMO. The Congress-led UPA government had cancelled the contract in February 2013 and handed over the matter to the CBI. It blacklisted AgustaWestland on July 3, 2014. But, the blacklisting was revoked by the Modi government on August 26, 2014.

The AgustaWestland case will prove to be a battle of perception for the BJP and the Congress on the issue of corruption. For now, Michel is a hard-won prize for the Modi government and the CBI, both leaping from one crisis to another. Just how useful Michel proves to the CBI is yet to be seen, but his extradition is a diplomatic win for the government and intelligence agencies who toiled for months to secure his custody.