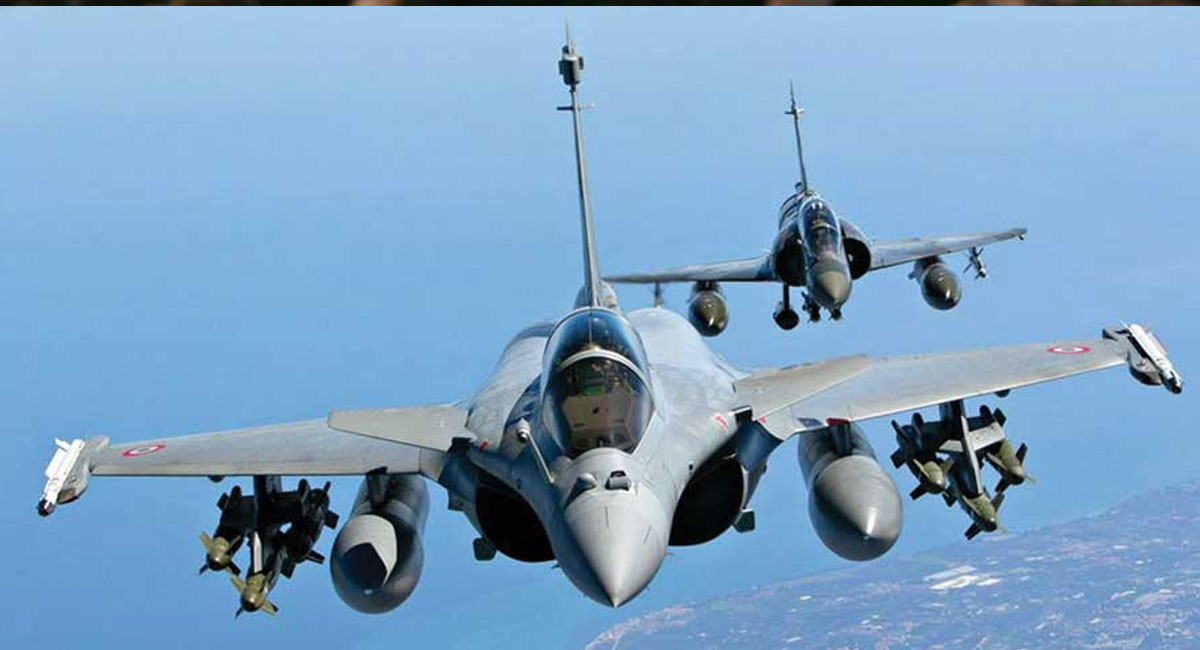 The row over the controversial Rafale fighter jet deal intensified recently after a recent report in The Hindu stated that the deal involved “major and unprecedented” concessions from the Indian government to the French. These concessions included waiver of anti-corruption penalties, undermining the anti-corruption campaign of Prime Minister Narendra Modi-led government — one of the BJP’s main election planks.

The revelation comes just days after another report stated that ministry of defence officials in 2015 even objected to the Prime Minister’s Office holding parallel negotiations with the French government as it “undermined” the position of the Indian negotiating team.

Since the ruckus over the Rafale deal began, the Modi government has been fighting allegations on two claims: the new deal signed with France was better than the one signed during the Congress rule and that the fighter jets would be delivered faster in the new deal. The recent series of investigative reports by The Hindu counter the BJP government’s narrative and are arming the opposition parties, led by Congress chief Rahul Gandhi, who are renewing attacks against the government.

Congress chief Rahul Gandhi and opposition leaders are highlighting the new report, saying that it had “demolished” the government’s arguments, conveyed both to parliament and the Supreme Court.

Taking a cue from the news report, Congress President Rahul Gandhi, at a press conference in the party headquarters, accused Prime Minister Narendra Modi of being directly involved in the deal with France by running a parallel negotiation then.

“We have been saying for more than a year that the Prime Minister is directly involved in the Rafale scam,” he said.

“Today, The Hindu newspaper has put it in black and white. It is absolutely clear that the Prime Minister himself was carrying out a parallel negotiation with the French,” he said.

In the Lok Sabha, Defence Minister Nirmala Sitharaman has rubbished the media report and hit out at the Congress over its attack on the government, saying the party is flogging a dead horse to keep the issue alive.

Her remarks came in the Lok Sabha after the Congress and other opposition parties created pandemonium over the news report and demanded a Joint Parliamentary Probe (JPC) into the deal.

“If the newspaper wanted to bring out the truth, they would have approached the Defence Ministry and done a thorough check … Every question on Rafale has been answered thoroughly and transparently … not just here in the House, but also in court,” Sitharaman said during Zero Hour accusing the newspaper of “publishing a report without any facts” to back it.

The Minister said the Congress was raising the issue on the basis of a news report.

She said the then Defence Minister Manohar Parrikar had replied to the Ministry of Defence note saying there was nothing to worry as everything was going alright.

“Parrikar, then Defence Minister, had very clearly said in response to the file noting of the then Defence Secretary to ‘remain calm, there is nothing to worry, things are going all right’. To that extent, a detailed reply was given by the then Raksha Mantri. In all fairness, it should have been the duty of the newspaper which has published this to also put it on record the comment of the Defence Secretary and that the reply given was this,” she said.

About suspected interference by the PMO, Sitharaman said that PMO inquiries about the progress of any work cannot be “construed as interference”.

Sitharaman then raised questions over the UPA government’s advisory body National Advisory Council (NAC), saying “what do you call the NAC led by Sonia Gandhi’s interference in the earlier PMO? What was that?

The Minister said that every question on Rafale is over and done with.

“The newspaper and the Opposition Parties are flogging a dead horse. In other words, they are like what the Prime Minister said yesterday playing into the hands of multinational corporations and with vested interests keeping the issue alive.

She added that the Congress is damaging the country and that “I charge them for this offence”.

She told reporters outside Parliament that the Congress was trying to provoke the armed forces against the government.

Earlier, speaking on the issue in the Lok Sabha, Congress leader Mallikarjun Kharge said the opposition does not want a discussion or any clarification on Rafale but a JPC probe.

Trinamool’s Saugata Roy said the Defence Ministry had objected to this parallel negotiation by the Prime Minister’s Office and his well-known and “notorious” national security advisor Ajit Doval was “undermining” the bargaining capacity of the government.

“The Indian Air force is negotiating the whole thing at that time. Why should the Prime Minister’s Office interfere about the price? It diminishes, undermines the negotiating capacity of the defence negotiating team headed by the deputy chief of the Indian Air Force because Rafale stands out as the biggest scandal of India,” he said.

Earlier, when the House met, the opposition led by the Congress trooped near the Speaker’s podium and started slogan shouting on the Rafale issue.

As the din continued, Speaker Sumitra Mahajan adjourned the House till 12 noon. The House was again adjourned after the Defence Minister’s suo motto statement.

When the House reassembled at 2 pm, the opposition members again started protesting and demanded a JPC probe.

As their demand was rejected, the Congress members walked out of the House.

Talking about the CAG report on defence deals including on Rafale that was to be tabled in Parliament, Rahul Gandhi dubbed it “worthless” and “an attempt to cover up”.

Delhi Chief Minister Arvind Kejriwal believes that Alok Verma was removed as the CBI Director as he was going to probe the Rafale jet deal with France.

“If the Prime Minister had done no wrong, what was the problem in letting the Rafale probe go on?” the Aam Aadmi Party (AAP) leader said.

As the Lok Sabha elections approach, Rafale has become the primary source of ammunition for the opposition to corner the BJP and bombard it with accusations. With the BJP’s main battle cry of corruption against its opponents, the Rafale deal will be a litmus test it must pass to secure its future in the Centre.