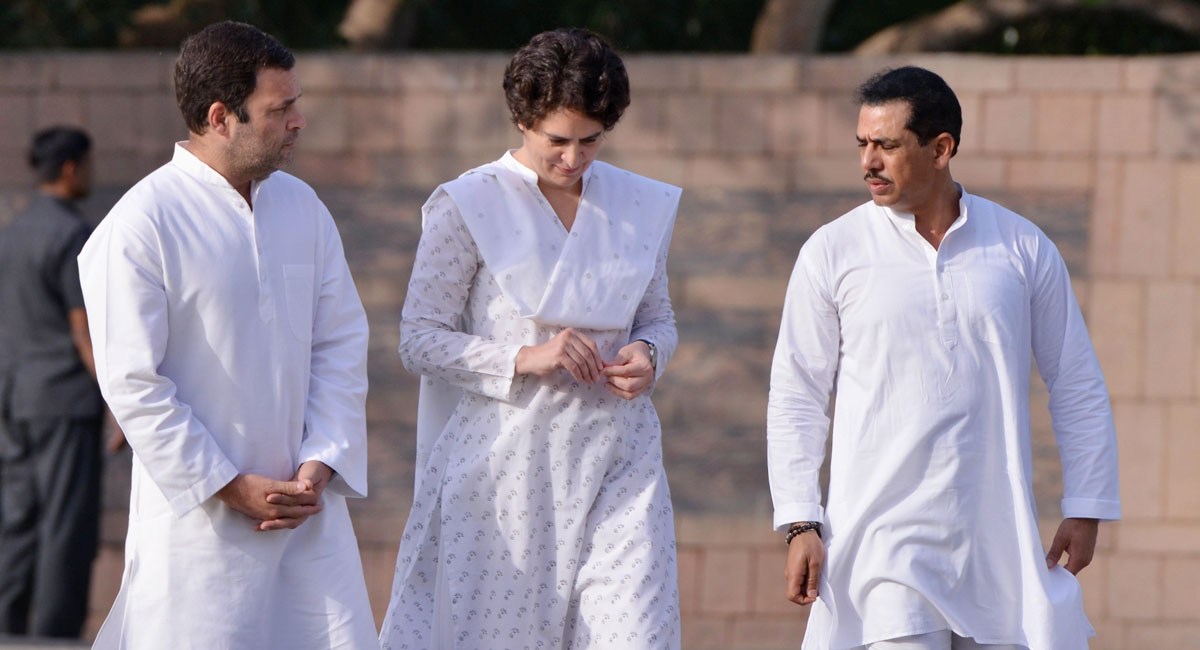 Political observers believe there are many uncertainties about this election given an absence of both mass support or rage against the current ruling establishment. Critics say there is some anger with the government over economic issues, especially the lack of jobs and the agrarian crisis.

In the recent interim budget, the Bhartiya Janata Party (BJP) announced welfare schemes for farmers but political pundits say the party is deflecting criticism from opponents over its economic performance by raising corruption charges against opposition leaders, turning public perception against its detractors.

A single corruption scandal can rob any party of a victory in the country’s biggest election like the Bofors scandal which brought the Rajiv Gandhi-led Congress down to 197 Lok Sabha seats in 1989 from 414 in 1984.

While the Central Bureau of Investigation (CBI) is pursuing Mamata, Mayawati and other opposition leaders, the Enforcement Directorate (ED) has been grilling Robert Vadra, brother-in-law of Congress President Rahul Gandhi and husband of Priyanka Gandhi, in connection with a money laundering case.

If the investigative agencies can nail Vadra, it will have direct consequences for the Congress and its first family. Any charges of corruption against the family can raise questions of leadership and credibility and work to the party’s disadvantage in election season.

Vadra, son-in-law of former Congress chief Sonia Gandhi and brother-in-law of Congress President Rahul Gandhi, is arguably the country’s most famous “damad”. The BJP has been attacking Vadra, Priyanka, the fifth generation member of the Nehru-Gandhi family, and the Congress over the cases allegedly involving him.

Vadra’s controversial deal were raised even in the 2014 Lok Sabha elections which saw the BJP make “Damad ka ghotala” (son-in-law’s scam) jibes to target the Congress, but they have become more shrill now that his wife Priyanka Gandhi is expected to be a big player in the coming elections.

Priyanka was recently appointed the Congress general secretary in eastern Uttar Pradesh for the upcoming elections. Robert married into the family, the country’s most prominent political family, in 1997 after knowing Priyanka for a few years.

When the Congress-led UPA government came to power in 2004, Vadra was running a business exporting costume jewellery. He entered the real estate business in 2007 and controversies about his land deals in Haryana and Rajasthan started making headlines about six years ago.

Ever since, he has been under attack from other parties opposed to the Congress though he is not a politician himself.

An FIR was lodged against Vadra and former Haryana Chief Minister Bhupinder Singh Hooda in September last year for alleged irregularities in land deals in Gurgaon. He has faced allegations that his company Skylight Hospitality sold 3.5 acres of land in 2008 in Shikohpur village to DLF at a rate much higher than the prevailing rate.

Questions have also been raised over the purchase and subsequent sale of land by the company in Bikaner, Rajasthan, at a significant premium through a maze of transactions.

Business premises linked to Vadra’s associates have been raided during the probe and the ED has questioned him in the alleged money laundering case related to his deals in Rajasthan.

The ED has also grilled Vadra in a money laundering case against his close aide Manoj Arora, whose role surfaced during a probe by the Income Tax Department into another case under against absconding arms dealer Sanjay Bhandari.

The ED also grilled Vadra about the mails he exchanged with Sumit Chadha, a relative of Bhandari, in reference to a London property. Vadra was also asked how he knew Bhandari and Chadha and what business transactions they had.

According to sources, Vadra was confronted with the emails he had reportedly exchanged with Chadha for the payment of the renovation of a London property, about which the agency informed a Delhi court.

The ED also told the court that the London property was part of the kickbacks received in a petroleum deal.

According to the ED, Vadra and his associates received ‘kickbacks’ in the petroleum deal signed in 2009 during the United Progressive Alliance (UPA) regime.

Critics argue that Vadra’s controversial business dealings have been in the public domain since 2016 and question the government and other relevant agencies for waiting two long years to nail him down.

Vadra has denied the allegations and accused the BJP government of a “baseless witch-hunt” against him for four years but the cases are a political fodder for the BJP to target the first family of the Congress.

Sending out a strong message to political opponents, newly appointed Congress General Secretary, Priyanka Gandhi, backed her husband Robert Vadra and accompanied him to the office of the ED which quizzed the controversial businessman in a money laundering case.

Making her first public appearance after being appointed as the Congress’ General Secretary in-charge of eastern Uttar Pradesh, she accompanied her husband in a SUV to the agency office in Jamnagar House at the mouth of the India Gate circle.

Both hugged and planted kisses on each other’s cheek before Vadra came out of the car and headed for the ED office where he was grilled for several hours in connection with a case relating to the ownership of 1.9 million pounds of undisclosed assets abroad, allegedly belonging to him.

“He is my husband, he is my family … I support my family,” Priyanka replied as mediapersons piled questions asking if the ED action was a political vendetta by the Centre’s ruling BJP.

Echoing the Congress’ claims of political vendetta was West Bengal Chief Minister Mamata Banerjee who accused the Central government of “sending notices” to all the opposition party leaders and people connected to them, even in petty cases, ahead of the 2019 Lok Sabha elections.

“All the opposition parties are united. They [the Centre] are doing it deliberately, now, at the time of elections. There is no serious case, nothing. Not even a case of cheating,” Banerjee said, when asked about interrogation of Robert Vadra by the ED.

“They sent a notice casually to everybody. This is a larger conspiracy. We stand together. We will complain to the Election Commission against such a trend,” she said.

Right now the CBI and the ED have their hands full with cases against many political leaders from opposition parties. Political pundits say instead of dividing the party’s supporters, the cases can also unify a divided opposition. However, if charges of corruption against them are indeed proven, the BJP only stands to gain.

There is little doubt that the controversial dealings of Robert Vadra demand a thorough investigation but the timing of his interrogation, barely a month before the model code of conduct sets in, is equally suspect.