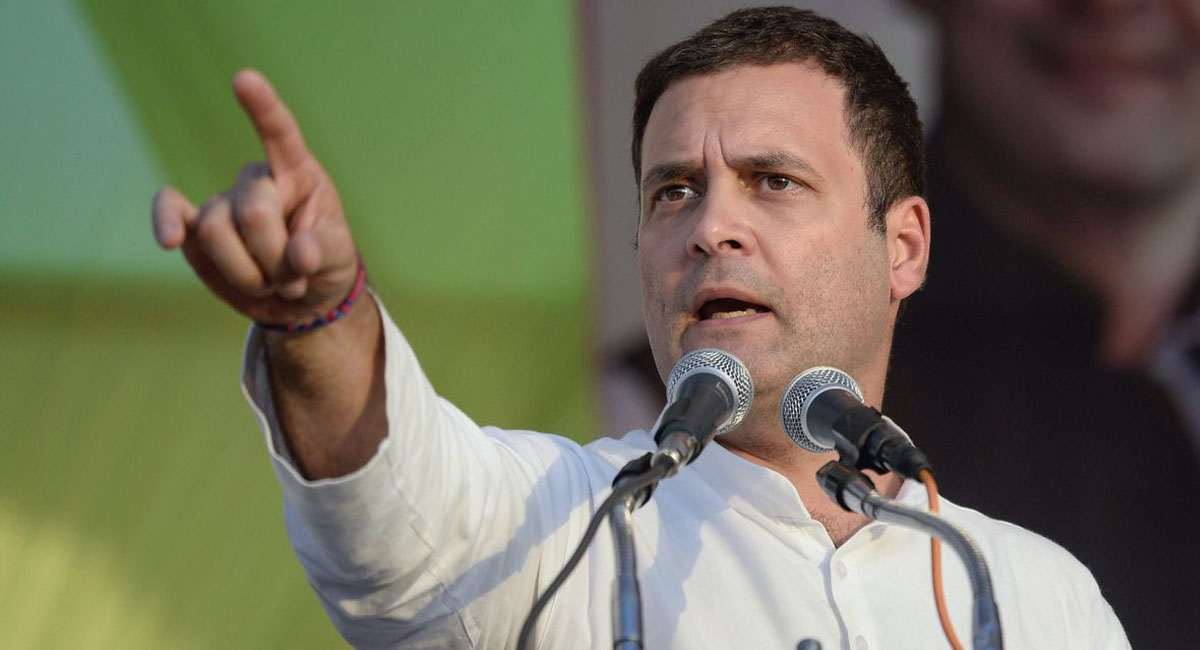 No longer a political novice derided for his statements, Congress president Rahul Gandhi has evolved into a combative campaigner in just over a year since he took over the 134-year-old party. Since the party’s drubbing in the 2014 Lok Sabha election, Rahul has faced an uphill task of reviving the party’s fortunes and lead from the front.

Last year, Rahul showed renewed energy when he made as many as 50 tours to 17 states where he attacked Prime Minister Narendra Modi on key electoral isssues – farmer distress, unemployment and the Rafale deal.

His efforts did not go wasted as the Congress finally emerged victorious in the Hindi heartland states of Madhya Pradesh, Rajasthan and Chhattisgarh, pulling the party from its rock bottom low of 2014 while raising Rahul’s stature in political circles.

With three dramatic wins and the party’s quick action in forming a coalition in Karnataka, the Congress showed signs of a resurgence, catapulting Rahul to the role of the prime challenger to Narendra Modi in next month’s Lok Sabha elections.

However, the young leader is yet to show management skills or the required political instincts to be accepted as the leader of the entire opposition. The Congress chief has been criticised for making no effort to reach an understanding with the Samajwadi Party (SP) and the Bahujan Samaj Party (BSP) in Uttar Pradesh in the belief that it is influential enough in the state to fight on its own.

Instead of fighting it out together, the Congress will face a challenge from the SP and the BSP in Amethi and Rae Bareli, its two pocket boroughs, working to the BJP’s advantage.

Uttar Pradesh, the most electorally important state, is one state where the Congress could have shown a better understanding of its current diminished status to leave the field open for the SP and the BSP.

Instead, the Congress has confirmed the BSP supremo Mayawati’s fear that it intends to undercut her Dalit base. Her apprehension will be further strengthened by Priyanka Gandhi Vadra’s visit to the young Dalit leader, Chandrashekhar Azad “Ravana”, in hospital.

Such overtures validate Marxist leader Sitaram Yechury’s view that the Congress should get its priorities right such as whether its primary objective is to defeat the BJP.

Instead, the Congress appears intent on playing political games within the non-BJP camp, anchored in its “Middle Kingdom” conviction of still being the Grand Old Party of yore, capable of setting the terms of the political discourse.

Hence, as in UP, it has been hesitant about aligning with the Aam Aadmi Party (AAP) in Delhi and Haryana – a tactic which cannot but divide the anti-BJP votes.

These missteps are seen as Rahul Gandhi’s inexperience in understanding the complexities of the country’s electoral landscape. Rahul’s mother Sonia Gandhi famously walked to Ram Vilas Paswan’s house before the 2004 general elections to stich up an alliance, but Rahul has made no such efforts.

Some alliance discussions failed after Rahul sent junior ministers of the party to do the talking instead of being personally present. While Rahul has emerged as the face of the opposition, he does not have support from other prominent leaders because of his inability to establish any rapport with them.

The popularity of Prime Minister Narendra Modi and the satisfaction level of the people with his government soared while Congress president Rahul Gandhi’s rise on rating chart crashed after the aerial strike on terror camps in Pakistan.

Making matter worse was a controversy after Rahul referred to Jaish-e-Mohammad founder Massod Azhar as ‘Masood Azhar ji’ giving fresh ammunitions to the BJP, which said the Congress “loves terrorists.”

Modi’s electoral theme focuses on nationalism and his government’s development initiatives while Rahul’s has been highlighting economic issues including jobs and farmers’ distress. In his latest electoral pitch, the Congress president announced that Rs 72,000 per annum will be provided to five crore households and 25 crore individuals directly under the NYAY scheme.

Gandhi has been talking of minimum income guarantee scheme, farm loan waiver, jobs and removing “flaws” in implementation of Goods and Services Tax, which will be replaced by a single rate GST.

Gandhi’s campaign has picked up pace since March 10 and he has already campaigned in around 13 states in the last fortnight or so.

“They did demonetisation and Gabbar Singh Tax. We will give NYAY and a real GST. NYAY= Surgical strike on poverty = Rs 72,000 a year to India’s poorest 20 per cent,” he said on Twitter.

The UPA government had also brought a farm loan waiver ahead of the 2009 Lok Sabha elections, which is widely believed to have helped the Congress get over 200 seats.

Despite a surge in Modi’s ratings post Balakot and the prevailing nationalist sentiments in the country, various opinion polls indicate that these elections are not a foregone conclusion and may lead to a hung parliament. In that scenario, Rahul will do well to win over friends and influence allies. He will need both to oust Modi and halt the BJP juggernaut.