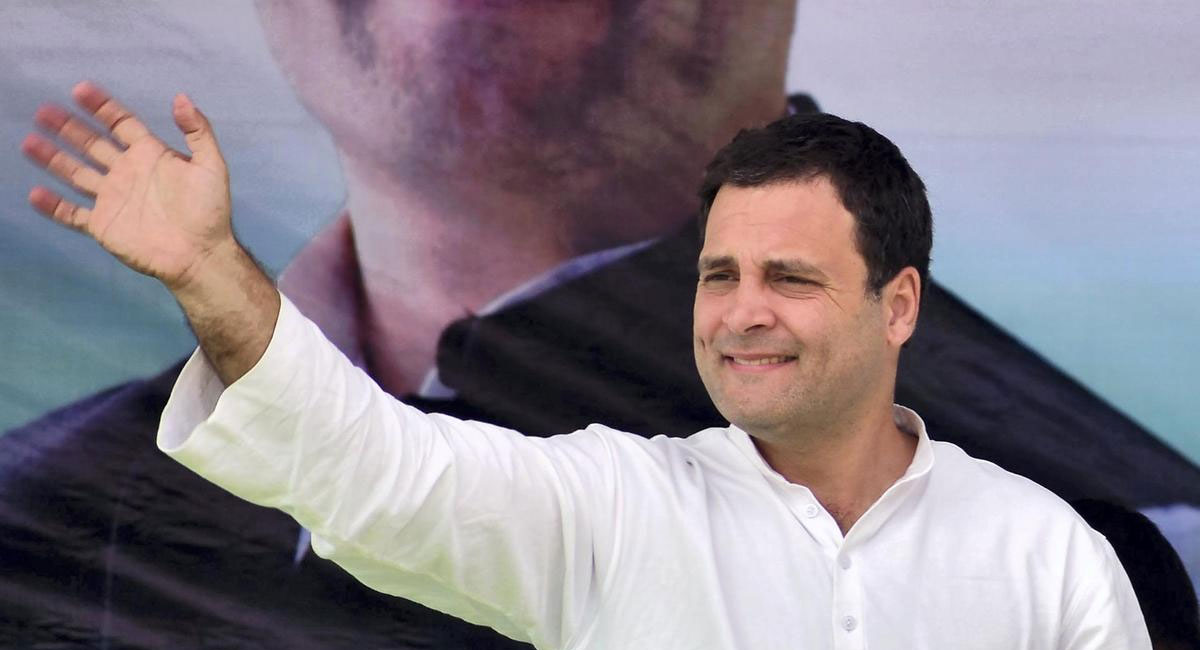 When Rahul Gandhi announced his resignation two days after the disastrous drubbing of the Congress in the Lok Sabha elections, it seemed the president of the Grand Old party was playing to a predictable script.

His offer to quit as party president at a Congress Working Committee (CWC) was expected to unfold in a manner similar to his mother Sonia Gandhi’s offer to quit many decades ago – a resignation followed by a unanimous appeal from the party cadre to stay on at the helm and then business as usual.

However, Rahul’s firm intention to leave the top post has both surprised, and disappointed people within and outside the Congress. Even though some critics see his departure as long overdue and absolutely necessary for the party’s revival, there are concerns for the party’s future under a non-Gandhi leader for the first time in two decades.

The Congress under the Gandhi scion won a mere 52 of the 542 Lok Sabha seats, with Rahul losing his Amethi seat but securing a seat from Kerala’s Wayanad. Many Congress leaders have followed Rahul in recent days by offering their resignations and taking responsibility for the party’s dismal performance.

The party now faces the tremendous challenge of appointing a non-Gandhi leader who can keep the Congress flock together. More than a month has passed since Rahul announced his exit, but the CWC is yet to appoint even a provisional president.

Even though the Congress constitution provides for election of a president, a name is most likely going to suggested by CWC members at a plenary session. The party has elected a president only twice in the past.

When Rahul stood for president in 2017, he called for an election but won unopposed. This was not surprising given that Nehru-Gandhi family has virtually dominated the Congress since the time of his grandmother Indira Gandhi.

Rahul has taken responsibility for the electoral loss by giving up his presidency, but mother Sonia’s role as the Congress parliamentary party chairperson, sister Priyanka Gandhi as a party general secretary while he himself remains an active party member means the Congress will continue to be a family-run enterprise.

However, the continued delay in choosing a president to lead the party could deal a terrible blow to the party ahead of state elections later this year in Maharashtra, Haryana and Jharkhand.

This leadership vacuum along with a lack of strategy in offering an alternate narrative to the Bhartiya Janata Party (BJP) under Prime Minister Narendra Modi could damage the party further.

Congress leaders have desperately expressed the need to kickstart the organisational structure, pick winnable candidates and offer a narrative that voters can relate to stem its slide.

Some see Rahul’s decision to quit as wise since it negates the damaging dynast campaign that the BJP has been running against him. With a non-Gandhi in charge of the party, the BJP can no longer call him an entitled prince who has risen up the ranks only because of his lineage.

In recent days, Rahul has made appearances at a lower court and at a capital multiplex watching a movie, both moves that lend him a common touch instead of the elite politician he is usually seen as.

His criticism of senior party leaders who sought tickets for their children is a welcome move in his efforts to cut nepotism in the Congress. The party needs a radical overhaul and the change must start from the top. Perhaps Rahul known that his reinvention is key to rebooting the Congress.

After appointing a new president, Rahul and the party must create a healthy environment for the old guard and the young turks to work in sync. Factionalism and infighting that plague many state units is sure to spell disaster for the party in the upcoming polls.

Virtually all state units are grappling with defections to the BJP.

Recently Punjab Chief Minister Amarinder Singh backed a young leader to galvanise the party. He went on say that any change in the party leadership must reflect India’s societal reality, with 65 per cent of its population under 35.

Many believe the tussle between the old guard and the young turks for control of the party will intensify in the coming days. Jyotiraditya Scindia and Sachin Pilot are favourites among the young while Mallikarjun Kharge seems to be favoured by party old timers.

The Congress may appoint a new president but is still likely to look up to the Gandhis for guidance and direction on all important matters while every day affairs may be given to a non-Gandhi party president. The Gandhis are still expected to decide on fundamental issues of election strategy and appointments.

Afraid of being upstaged, the Gandhis and the Congress over the years did not mentor talent and are now short of national leaders who can campaign throughout the country and garner votes for the party. In the past, leaders with mass popularity like Mamata Bannerji, Devraj Urs and Sharad Pawar were shunted out of the party.

In recent decades, the Congress seemed to reward sycophancy and loyalty, not talent, fast turning into an elite group of politicians far removed from the Congressmen of the past, synonymous with the freedom struggle and rooted in the national psyche.

However, even with its severely diminished presence, the Congress remains the only national party that can take on the BJP and the Sangh parivar. It is up to the party to champion the cause of millions of Indians.

The BJP came back to power on the back of Hindu nationalism and because it has delivered on a unique populist development model, the Congress must go back to its roots and redefine its ideology to make a comeback.

The party will have to reinvent itself and change with the times. In order to do so, it must shed the baggage of the past and focus on the present. Democracies can only thrive with a strong opposition and debate and without the Congress, India slips towards majoritarianism.