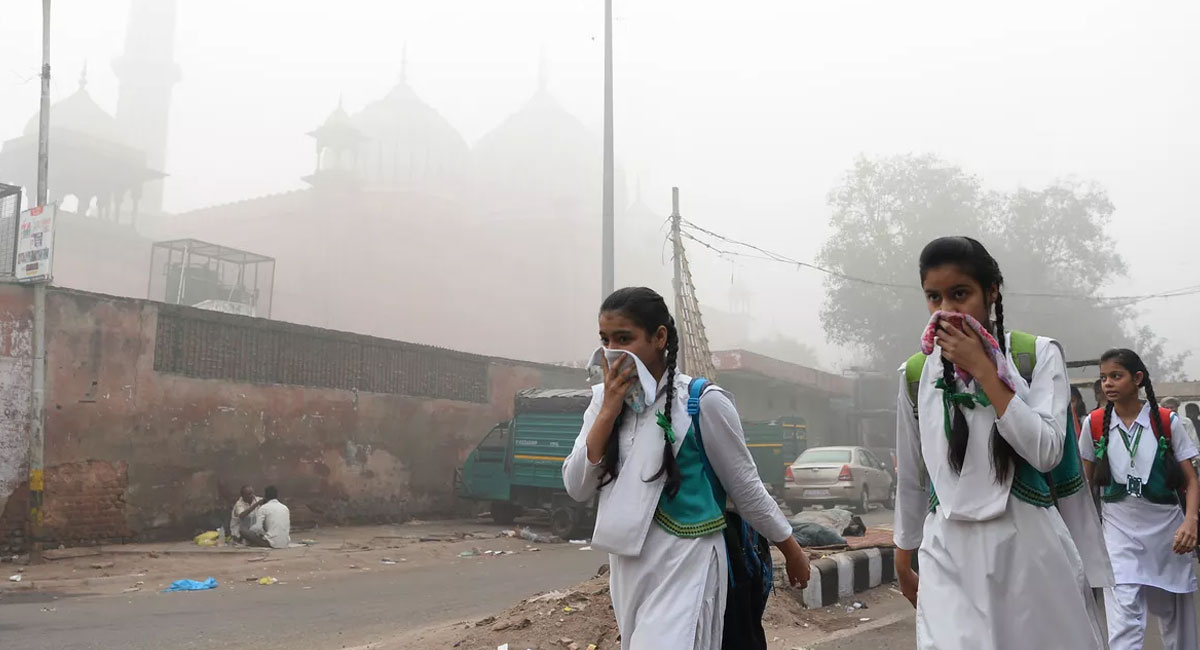 A few weeks after Delhi earned the dubious distinction of becoming the world’s most polluted city, the Supreme Court said Delhi “is worse than hell” and that “life is not so cheap in India”.

A bench of Justices Arun Mishra and Deepak Gupta pulled up the governments of Punjab and Haryana for increase in stubble burning despite its order prohibiting it and said people in Delhi “can’t be left to die” due to air pollution.

The national capital, which turned into a virtual gas chamber post Diwali celebrations, became the world’s most polluted city with an air quality index (AQI) of 527, according to data by Air Visual on World AQI rankings.

Delhi, however, is no longer the only city hogging the headlines for choking with toxic air. As many as six (Delhi, Lahore, Karachi, Kolkata, Mumbai and Kathmandu) of the top 10 worst polluted cities fall in the Indian sub-continent in South Asia.

Pollution in the national capital has begun spooking global tourists and investors even as experts study the human cost of the crisis for its residents who now face an increased risk of stroke, heart disease and lung cancer.

Air pollution affects children most severely and its effects continue all their lives because they have smaller lungs, breathe twice as fast as adults and lack immunities, Fore said.

She added that it “damages brain tissue and undermines cognitive development in babies and young children, leading to lifelong consequences that can affect their learning outcomes and future potential. There is evidence to suggest that adolescents exposed to higher levels of air pollution are more likely to experience mental health problems”.

According to a study published by the Indian Council of Medical Research (ICMR), Public Health Foundation of India (PHFI), Ministry of Health and Family Welfare and the Lancet Planetary Health last year, air pollution has emerged as a leading factor for premature mortality in India.

A recent study in a periurban area in southern India found that air pollution in the country is associated with higher risk of cardiovascular diseases (CVD). The report claimed that people most exposed to fine particles have a higher CIMT index (carotid intima-media thickness) — a marker of atherosclerosis — which means they are at higher risk of developing cardiovascular diseases such as stroke or heart attack.

Another research revealed that women in their 70s and 80s who were exposed to higher levels of air pollution experienced greater declines in memory and more Alzheimer’s-like brain atrophy than their counterparts who breathed cleaner air.

Ever since the air quality worsened in the Delhi-NCR region, doctors have observed an increase of  30-35 per cent in skin-related problems and eye-related issues.

The toxic air is taking a toll on people’s health — affecting their skin (causing allergies, rashes and premature ageing) and eyes (leading to dry eyes and ocular allergies) with many residents forced to seek medical treatments.

Health experts believe air pollution in Delhi neighbourhoods is equal to smoking 15-20 cigarettes a day on average. According to them, the pollution can put a healthy human being to a huge risk for pulmonary health.

“Air pollution in Delhi-NCR is no longer just a health risk. It has become a hazard. Everyone in Delhi is affected by pollution. It doesn’t matter whether you are smoking or not, as everybody is equivalently smoking 15 to 20 cigarettes on a daily basis.

“With Delhi’s AQI of 200-300, it is virtually hazardous for everyone. Even normal healthy lungs are becoming diseased, turning into reactive airways causing permanent damage. It makes lungs more susceptible for viral and bacterial infections in future and, thus, decreasing life expectancy with increasing morbidity and mortality. Also, it predisposes to cardiac illness similar to smoking,” lamented Dr Swapnil Mehta.

Meanwhile, there is a blame game going on in the capital with both the state and centre passing the buck when it comes to taking responsibility for the deteriorating air quality. Delhi’s AAP government led by Chief Minister Arvind Kejriwal has urged the BJP government at the Centre to deal with neighbouring states whose stubble burning is blamed for the capital’s pollution.

The neighbouring states of Punjab and Haryana say stubble pollution is just one of the many reasons that leads to Delhi’s toxic haze and Delhi should clean up its act in order to tackle pollution. If both the state and Central governments are serious about tackling pollution, many political and environmental experts agree, all stakeholders will have to work in tandem instead of blaming each other.

The court also issued notice to states and Union Territories (UTs) on why they should not be held accountable to pay compensation to people for not providing clean air, safe drinking water and handling garbage.

India’s global ambitions will be laughable if its capital chokes to death. The Supreme Court has been lauded for its statements and suggestions towards tackling pollution. But the political leadership at all levels still seems to be hard of hearing.