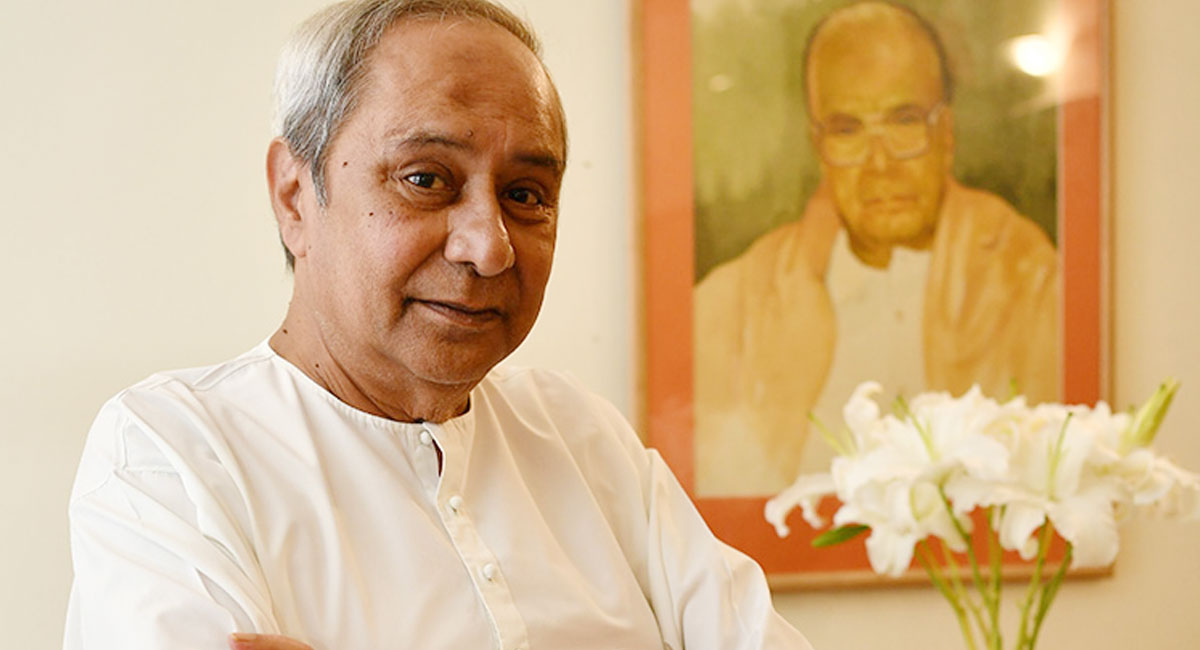 Barely two days after the Parliament passed the Citizenship Amendment Act, a Muslim delegation in Odisha visited Chief Minister Naveen Patnaik to express their concerns over the controversial matter.

The Biju Janata Dal had, after all, supported it on grounds that it did not involve Indian citizens.

After the meeting, the delegation – comprised of people from the districts of Bhadrak, Balasore and Jajpur – told the press that Patnaik had assured them that his government would not support the National Registry of Citizens and assuaged fears about the safety of their community after the CAA.

“There is a fear especially among the members of the Muslim community. However, the Chief Minister assured us that we don’t need to worry,” informed Mohammad Abdul Bari, President, Chauda Mahala Muslim Jamat, Bhadrak.

However, Odisha could not stay immune to the nationwide protests that broke out against the CAA in subsequent days.

Members of the Muslim community took out a protest rally in Bhubaneswar on December 17, against the CAA and NRC, calling for the revocation of the new citizenship law.

A memorandum addressed to the Chief Minister was also submitted to the state government.

“The passing of the Citizenship Amendment Bill (CAB), which has become an Act now, and NRC is against the Constitution and the country. They are meant to divide the country. It has been targeted against one community,” thundered one protester, adding that it was not only Muslims who were protesting the act, but even Hindus, Christians and Sikhs were against the move of the Union government.

“The Citizen Amendment Act is unconstitutional, which violates Articles 14 and 15 of the Constitution of India. Since there is a fear of religious discrimination, it is unfortunate and distressing to see that constitutional rights of secular India are at stake,” said the memorandum.

The very next day the BJD boss once again made it clear that his party will not support the NRC as he urged the people of his state to maintain peace and not to indulge in rumour-mongering.

“The Biju Janata Dal MPs both in the Lok Sabha and Rajya Sabha have made it clear that we do not support the NRC,” Patnaik declared before reporters before leaving for New Delhi to attend the second meeting of the committee for commemoration of 150th birth anniversary of Mahatma Gandhi.

He also once again defended his party’s Parliamentary stand on CCA by saying that the Act had only dealt with foreigners.

The people of the state have such faith in the five-time Chief Minister that the noise over the issue quietened down considerably over the next week.

The state celebrated Christmas in style and with much religious fervour as thousands thronged to churches for prayers as well as to enjoy the festive atmosphere.

Their churches looking beautiful with lights, candles, Christmas trees and bells, people from all walks attended the midnight mass by singing carols and prayers across the state.

Apart from Bhubaneswar and Cuttack, which saw the biggest crowds, celebrations were held peacefully in at churches in Balasore, Berhampur, Rourkela, Kandhamal and many other major towns across the state.

“Warm greetings and best wishes to all on this joyous occasion of Christmas. May your lives be filled with happiness, peace and prosperity. Merry Christmas,” tweeted the Chief Minister on the day.

Union Petroleum Minister Dharmendra Pradhan also joined in, saying: “Merry Christmas to everyone. May this season bring everlasting joys, positive energy and blessings to your family and friends.”

While the Modi government and many other state governments were busy dousing the fire from CAA and fear of NRC, the BJD government was busy focusing on other things.

On December 14 last year Patnaik inaugurated the first-ever Marine Drive Eco Retreat at Ramachandi beach in Konark. The 49-day event, being organised by Odisha Tourism to attract international tourists to its key tourist destinations, is scheduled to continue until the end of this month.

Featuring food fests, luxury cottages, water sports and cultural shows, the cultural melting pot is expected to attract tourists from across the world.

“It’s one of its kind in India. We are sure that it will become a brand over a period of two-three years,” said Tourism Minister Jyoti Prakash Panigrahi.

Eco Retreat has been envisioned as eastern India’s first ‘Glamping’ festival, a unique experience of glamorous camping, set up at the Ramachandi Beach near the Konark Sun Temple.

In a letter, the Chief Minister also invited the Union minister to visit Odisha along with ministry officials and airline CEOs to explore the potential of Bhubaneswar as a favoured international destination.

“I would like to invite you personally to visit state of Odisha along with officers of Civil Aviation Ministry, and the CEOs of major airlines. We will take the opportunity to present in-detail the potential of the state and explain the viability of Bhubaneswar as a favoured international destination,” Patnaik’s letter read.

He also said the state government will provide necessary support for not only developing infrastructure for aviation but also consider incentives in the shape of Viability Gap Funding (VGF) for the airline operations.

Thanks to such efforts, Odisha has made major stride over the past few years in terms of achieving a steady growth in aviation traffic. Bhubaneswar and now Jharsuguda has been added to the aviation map of the country.

But Patnaik wants to do a lot more for the sector.

While domestic flight connectivity has seen a noticeable improvement, there is still scope to increase international connectivity, he added in the letter. “Presently, only one direct flight is operational for the international route. Apart from this, some international destinations are covered either through Delhi/Kolkata hub. This is quite inadequate in catering to an aspirational class,” he continued.

“We are expecting early Regional Connectivity under UDAN (Ude Desh Ki Aam Nagrik) to two airstrips, Jeypore and Rourkela, which is one of the places hosting the World Cup Hockey matches in 2023,” the Chief Minister added.

On December 23, Patnaik saw the inauguration of a “Center of Excellence” at the College of Engineering and Technology (CET) in Bhubaneswar, which will train young graduates in the field of Artificial Intelligence (AI).

“The collaboration between Tech Mahindra and CET to build the Center of Excellence powered by Artificial Intelligence is a step towards fulfilling our dream to make Odisha one of the top three investment destinations in the country,” Patnaik said in a statement.

“It is also an opportunity for our youth and young professionals to leverage next generation technologies to drive innovation and create sustainable solutions for a better tomorrow,” he added.

This center came into being after a Memorandum of Understanding (MoU) was signed between Tech Mahindra and CET that outlined the government’s objective to upskill young students by familiarising them with new-age technologies like AI and equipping them with the knowledge of applying these technologies in everyday life.

Many political observers have noted that big companies are increasingly investing in Odisha thanks to the right kind of business climate set up by the Naveen Patnaik administration.

Even on the religious front, things are going smoothly in Odisha, with any potential concerns duly taken care of in the right manner.

The latest example of this was seen last month. On December 22, members of the Sikh community had taken out a protest rally in Bhubaneswar against the Odisha government’s decision to demolish Mangu and other mutts for the beautification of the Jagannath Temple.

The very next day a delegation led by Punjab’s Lok Insaaf Party MLA Simarjit Singh Bains held discussions with Minister of State for Home Dibyasankar Mishra and government officials, only to be assured that the state government will renovate the Mangu, Punjabi and Bali mutts as part of the beautification drive of Jagannath Temple in Puri.

“All my misunderstandings are resolved. We are very much satisfied with the state government’s renovation plans for Mangu, Punjabi, and Bali mutts as part of the Puri beautification drive. These mutts are connected with Guru Nanak Dev,” the MLA said, adding that the Odisha government has assured that it will renovate the mutts after the eviction drive is completed.

“Two MLAs and a Shiromani Gurudwara Prabandhak Committee (SGPC) member from Punjab and some other members had come to express their feelings. We had a discussion. They were very happy with the government’s renovation plan,” said the Minister.

As the year came to an end amid some dark and disturbing developments that cast a long shadow on the national scene, the Naveen Patnaik government continued to be a beacon of light and hope shining from a peaceful and truly aspirational state.