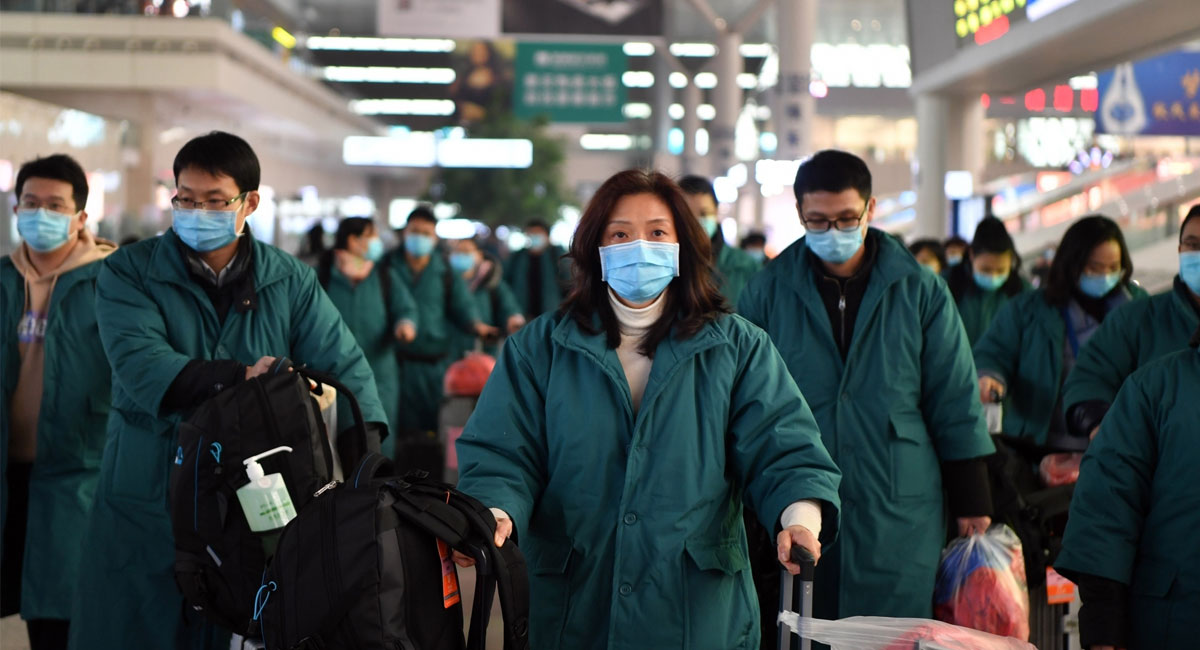 As fears of an epidemic grip the world, India preps for measures to keep the novel coronavirus at bay

The Lunar New Year is typically a time for celebration and joy, but the mood in China during the 15-day festival, which began on January 25, was decidedly grim as the novel coronavirus claimed 106 lives while the total number of confirmed cases rose to 4,515 in 30 provincial-level districts.

China’s National Health Commission said that 976 patients remain in critical condition and a total of 6,973 people were suspected of being infected with the virus as of January 27.

In a bid to contain the virus, many Chinese cities have been locked down and travel restrictions have expanded to 13 cities in Hubei province, the epicentre of the outbreak. Wuhan may be hitting international headlines now, but cases of pneumonia of unknown aetiology were first detected in the city last month.

Since then, the novel coronavirus has set alarm bells ringing across the globe with cases detected in at least 16 other countries including the United States, South Korea, France and Japan.

The novel coronavirus is a new strain that had not been previously identified in humans and there is no specific cure or vaccine for it. Health experts call the virus zoonotic, which means it is transmitted between animals and people.

Experts of the Chinese Centre for Disease Control and Prevention (CDC) have successfully isolated the novel coronavirus in the environmental samples of a seafood market in Wuhan, indicating that the virus stems from wild animals on sale at the market.

Thirty-three of the 585 environmental samples collected from the Wuhan’s Huanan Seafood Wholesale Market were found to contain the nucleic acid of the novel coronavirus, according to the National Institute for Viral Disease Control and Prevention under the China CDC, Xinhua reported.

Earlier reports quoted experts as saying that the geographical distribution of the cases indicated a close relationship between the epidemic and the seafood market.

Experts of the institute took the samples on January 1 and January 12 on the instructions of the Chinese CDC.

Thirty-one of the 33 positive samples were collected from the western zone of the market, where booths of wildlife trading were concentrated.

The result suggests that the novel coronavirus outbreak is highly relevant to the trading of the wild animals, experts said.

Chances of the virus spreading are especially high because of millions of travellers moving in the country during the new year holidays and the thousands of foreigners who have travelled back to their countries after visiting the affected areas in China.

The diagnosis of coronavirus is still a big challenge as its initial symptoms resemble those of common cold or respiratory diseases.

Doctors say that people who are asymptomatic — not showing symptoms — can also infect others, making it harder for it to be contained.

Along with fear, the outbreak has also given way to anger as many in the world community have accused China of suppressing and playing down the coronavirus outbreak and the scale of transmissions with some reports claiming the actual number of coronavirus cases is much higher than the figure stated by Chinese officials.

Some international media reports have cited a Chinese nurse who claimed there were as many as 90,000 cases of coronavirus patients while the official Beijing figure is in the range of 4,500. In a YouTube video that has been viewed over two million times, the nurse warned locals to refrain from going outside.

Critics believe Beijing is censoring the actual number of coronavirus cases as it did during the SARS epidemic in 2002 when China concealed the existence of the epidemic not just from the world, but also its own population.

President Xi Jingping has already warned of a “grave situation” as twelve cities were quarantined and 35 million people were placed under a lockdown in order to contain the virus. American cities too, are on high alert and its fourth case was confirmed recently.

According to media reports, China has rushed to build a new hospital in just ten days to treat the patients of the killer virus and has also set up a national research team of 14 experts to help prevent and control the disease.

Due to the fear that the spread of the deadly coronavirus in China will undercut demand for crude, Brent crude rates dropped sharply and became cheaper by at least 7 per cent in a week, the biggest drop since December 2018.

Fears that the outbreak of coronavirus in China might disrupt economic activities and global growth sent the stock markets tumbling. Wall Street’s three main stock indexes closed lower amid investors’ concerns over the outbreak in the US.

Hong Kong declared the impact of the novel coronavirus outbreak to be the highest emergency response level, raising it from the previous status of “serious” after the city reported five confirmed cases.

The Chinese authorities sent 450 military medics in an effort to fight the outbreak in the hardest-hit city of Wuhan.

Due to the outbreak, the Asian/Oceanian Tokyo 2020 boxing qualifying event was cancelled in China and later rescheduled in Jordan.

The international medical community is now researching new medicines and vaccines to battle the deadly virus raising its head in different parts of the world.

In Asia, cases have been reported in Sri Lanka, Singapore, Malaysia, South Korea, Japan, Vietnam, Nepal, Taiwan, Hong Kong and Macau. Given that many Indians frequently travel to and from China and many students are studying in Wuhan, Central and state governments have begun prepping for measures to keep the deadly virus at bay.

The Ministry of Health and Family Welfare has issued travel advisories and guidelines for screening suspected cases and thousands have already been screened at international airports across the country.

Although suspected cases of coronavirus were reported in many cities in India, none have tested positive for the virus yet.

There are over 500 Indian students studying in colleges and universities in Wuhan, but fortunately most of them had left the city because of the Chinese New Year holidays before news of the outbreak surfaced.

Reports say there are 45 medical students who are reportedly stuck in Wuhan due to the shutdown of flights operating in the city. According to the Health Ministry, all of them are safe and Air India is keeping a plane on standby for their evacuation.

The All India Institute of Medical Sciences said it had set up an isolation centre for suspected patients. Meanwhile, the National Institute of Virology in Pune is geared up for sample tests.

Union Health Minister Dr Harsh Vardhan urged passengers who have a travel history to China since January 1, 2020 to come forward for self-reporting if they experience any symptoms such as fever, cough, respiratory distress, etc. and also inform their treating doctor.

An advisory has also been issued to all States/UTs for Severe Acute Respiratory Infection (SARI) surveillance to pick up any travel-related case reported in the community and follow up contacts of suspect/confirmed cases.

The novel coronavirus has brought back memories of the deadly SARS which resulted in 774 deaths 17 years ago and last year’s MERS which claimed 858 lives in the Middle East.

Some health experts believe the ongoing epidemic exposes a larger problem in China – its tradition of eating bushmeat — after the novel coronavirus was allegedly traced to snakes in the seafood market. It is important to remember that the SARS epidemic began after human consumption of civets that were carrying the virus.

While medical research to kill such viruses and prompt action on behalf of authorities is the need of the hour to contain such viruses, traditional practices of eating bushmeat in some countries will also go a long way to prevent such epidemics from recurring.