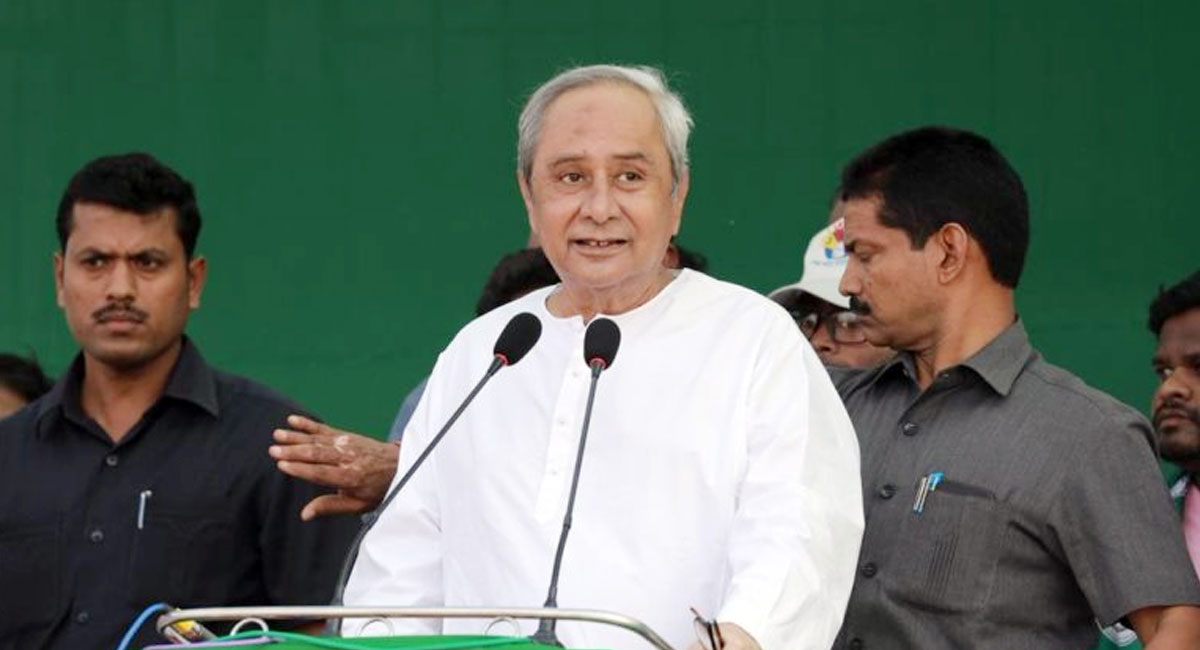 In a hurry to make Odisha a truly developed state, Naveen Patnaik is making every day count

They say slow and steady wins the race, but five-time Chief Minister Naveen Patnaik seems determined to develop Odisha at a fast pace.

A few developments over the past few days, particularly in the second week of this month, clearly indicated that Naveen was further stepping up efforts to develop the perfect ecosystem in his state to make it one of the most investment-friendly destinations in the world – all aimed at bringing  about an economic boom in Odisha.

According to official sources, it started on February 8 with a discussion with Adani Group chairman Gautam Adani about the multinational conglomerate’s investment plans in Odisha. It has emerged that the Adani Group seeks to invest in the metal, logistics, industrial park, new-age technology sectors in Odisha.

Assuring all support to the group, which has already invested in Dhamra Port in Bhadrak district and even begun construction of a LNG terminal and a LPG terminal, Naveen invited it to the ‘Make in Odisha Conclave 2020’ scheduled to be held later this year.

Recognising the importance of the other end of the business spectrum, the Odisha government signed on February 12 a memorandum of understanding (MoU) with HDFC Bank Limited to provide smart banking solutions to start-ups in the state.

As the Micro Small and Medium Enterprises (MSME) Department signed the MoU with the HDFC Bank in his presence, the Chief Minister said: “Young entrepreneurs are engines of growth for new Odisha. I am sure this MoU between Start-up Odisha and HDFC Bank will open up new possibilities for start-ups.”

As a result of the MoU, the HDFC bank would not only provide approved start-ups with the opportunity to pitch their proposals to concerned stakeholders, but also extend incubation and acceleration support to all start-ups associated with them, according to an official close to the development.

With third-party alliances to provide discounts for start-ups across key business support functions such as shared work spaces, digital marketing, content writing, tax and legal advisory, financial management and compliance, among other things, the bank will let start-ups list on its Smart Buy platform for growth and visibility, the official added.

Expressing satisfaction with the progress made under the Odisha Startup Policy, Naveen said: “My government is working relentlessly to support the young start-ups in every possible way. We are going to set up a world-class Start-up Hub in Bhubaneswar and launch a fund for start-ups this year to further boost the ecosystem.”

MSME Minister Dibya Shankar Mishra joined in, noting that Odisha is one of the “fastest growing start-up ecosystems in the country” as he invited more such partners as HDFC Bank to collaborate with the government for development of a holistic support system for start-ups.

On the same day, Union Minister of State for Micro, Small and Medium Enterprises (MSME) Pratap Chandra Sarangi announced that a world-class tool room-cum-training centre will be established in Rourkela.

After holding a meeting with Naveen, Sarangi said the Centre had approved the establishment of the training centre – on the lines of the Central Tool Room and Training Centre (CTTC) – at the cost of Rs 200 crore, adding that the four extension centres coming under the Rourkela centre would be set up in Berhampur, Keonjhar, Kalahandi and Balasore.

Although the Centre will fully finance these projects, the state government will provide land to set up the centres, the Minister revealed.

He also revealed something surprising: Out of the total approved 226 MSME clusters across the country, 45 MSME clusters will be developed in Odisha alone.

The minister announced that brackish water aquaculture projects will take off soon in around 6,700 acres of unused land in coastal districts of Odisha, which will be much beneficial for small-scale farmers.

The Odisha cabinet on February 7 approved a proposal to set new rules for appointment of eligible family members of deceased government employees to the posts of Group D as per the rehabilitation assistance scheme.

As per the decision, a member of family of a government employee, who dies while being in service under any category, will be rehabilitated to any post of Group D on compassionate grounds.

Half of the vacancies of the total sanctioned strength of Group D posts will be filled up so that the applicants get maximum opportunities for appointment on rehabilitation assistance scheme.

Naveen’s visionary leadership was also evident on February 11 when he was addressing the 2nd BIMSTEC (Bay of Bengal Initiative for Multi-Sectoral Technical and Economic Cooperation) Disaster Management Exercise in Bhubaneswar.

On the occasion he laid particular emphasis on the need to improve early warning dissemination system and capacity building for the conservation of cultural heritage sites.

Noting that BIMSTEC countries are a treasure trove of ancient heritage with many cultural heritage sites susceptible to various kinds of natural disasters, Naveen stated that it was important to have adequate documentation, proper identification and grading of heritage sites.

Even as he acknowledged that BIMSTEC has expanded and diversified the areas of cooperation, especially in the domain of disaster management, Naveen pointed out that Odisha had suffered more than 100 cyclones since 1891, with the Super Cyclone of 1999 being a watershed moment that changed the course of disaster management.

“Today, Odisha is well ahead of others in preparedness. Odisha was the first state that set up its own dedicated disaster response force in India. We invested in preparedness, forecasting and resource management with an approach of zero-casualty,” the Chief Minister proudly said.

With Naveen adopting a similarly diligent and holistic approach towards the development of Odisha as he had for disaster management in the state since coming to power almost two decades ago, his homeland is poised for great things sooner rather than later.