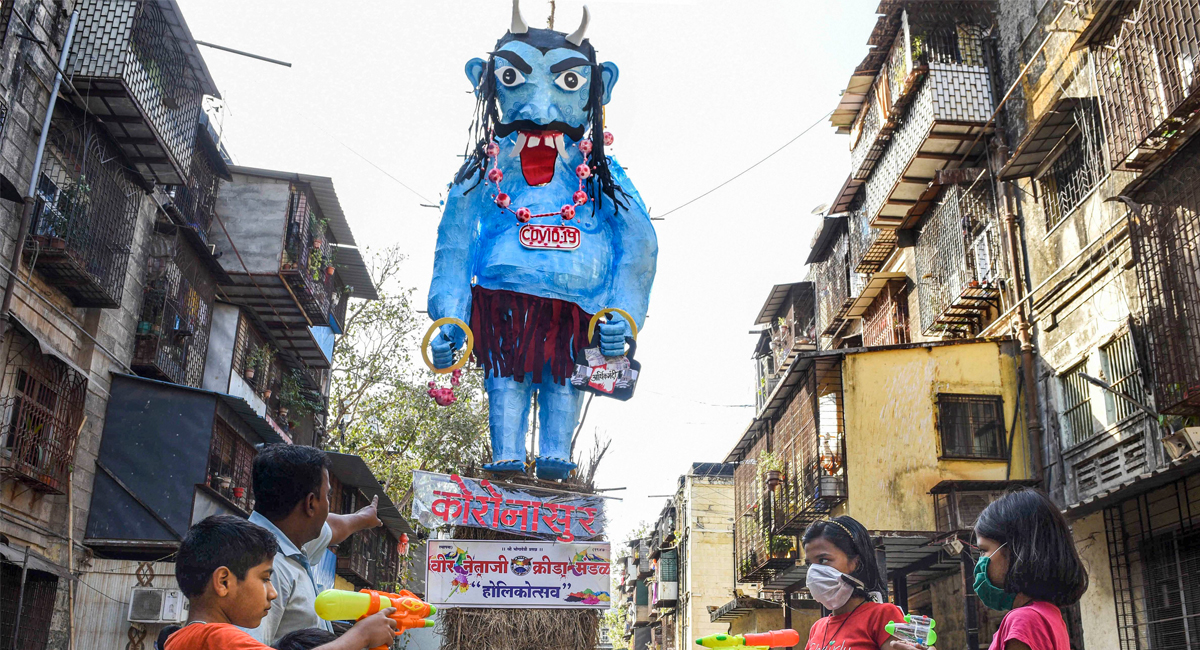 With the number of COVID-19 cases steadily climbing, India has tightened travel curbs and gone into self-imposed quarantine – but will that be enough?

As the largest exporter of goods internationally, whatever happens in China is bound to reverberate globally, and the Asian giant only had to sneeze once for the entire world to catch the coronavirus cold.

Even though instances of coronavirus have been on the decline in China – the epicentre of the outbreak – in recent days, the virus has rapidly spread to six of the world’s seven continents, threatening the global economy while spooking markets.

The World Health Organisation (WHO) recently declared COVID-19 a pandemic after cases shot past 1,26,000 in 118 countries and cost as many as 4,617 lives.

According to the WHO, a pandemic is the “worldwide spread of a new disease” which means that the entire population of the world which is close to 8 billion is now susceptible to the virus. (The last time the WHO declared a pandemic was in 2009 during the H1N1 swine flu outbreak.)

The WHO has warned that many countries are not doing enough to stop the spread of the virus, saying: “81 countries have not reported any #COVID19 cases, and 57 countries have reported 10 cases or less. We cannot say this loudly enough, or clearly enough, or often enough: all countries can still change the course of this pandemic.”

“If countries detect, test, treat, isolate, trace, and mobilize their people in the response, those with a handful of #COVID19 cases can prevent those cases becoming clusters, and those clusters becoming community transmission,” the global health body said in a tweet.

India, which had just three coronavirus cases last month, has seen a steady climb in infections this month with as many as 84 cases, until March 14, of which the majority are Indian nationals while some are foreigners.

Given the rising number of COVID-19 cases, the government was forced to take aggressive steps which have resulted in unprecedented measures. This is not unusual as many countries which have been affected by the virus have also placed similar travel restrictions. Italy which is the second-worst hit after China is now under a complete lockdown.

As a large number of coronavirus patients in India had a travel history to affected countries such as Italy, Iran and China, the government notified cancellation of all non-official visas to curb incoming traffic and advised against all non-essential travel abroad which also curbs outgoing travel.

After its latest meeting, a high powered Group of Ministers finalised these sweeping travel restrictions which seek to check the entry and exit of people to tackle the possible escalation in the spread of the deadly virus.

Even though these restrictions are necessary to combat the epidemic, there is little doubt that they will hit economy, aviation, travel, hospitality, consumer sentiment, exports and services sectors and business is likely to take a back seat as precautions take centre-stage.

The stock market nosedived after the first coronavirus death in the country. Now the death count has risen to two (one each in Karnataka and New Delhi).

In another drastic step, the Indian government has decided that all states should be advised to invoke provisions of Section 2 of Epidemic Disease Act, 1897 which was enacted in the British era to enforce all advisories.

All States/UTs should be advised by Union Health Ministry to invoke provisions of Section 2 of Epidemic Disease Act, 1897 so that all advisories being issued from time to time by the Ministry of Health & Family Welfare/State/UTs are enforceable.

Section 2 of the 1897 Act gives the power to take special measures and prescribe regulations for dangerous epidemics.

Stepping up the border control measures as COVID-19 cases are going up, India cancelled all visas except few official categories till April 15. Even outgoing travel is being cautioned against and a minimum of 14 days quarantine will be subjected.

An official statement said that all existing visas, except diplomatic, official, UN/International Organizations, employment, project visas, stand suspended till April 15. This will come into effect from 1200 GMT on March 13 at the port of departure.

The visa free travel facility granted to OCI card holders is kept in abeyance till April 15 and any foreign national who intends to travel to India for compelling reason may contact the nearest Indian Mission. This would essentially curb the inflow of foreign nationals in the country with visa controls.

All incoming travellers, including Indian nationals, arriving from or having visited China, Italy, Iran, South Korea, France, Spain and Germany after February 15 will be quarantined for a minimum period of 14 days. All these measures are applicable from March 13.

International traffic through land borders will be restricted to designated check posts with robust screening facilities.

However, many health experts warn that India – a country of 1.3 billion – is likely to have far more cases than the conservative figures being reported. Unless there is wider testing for the virus, many cases will go undetected and the threat of community transmissions will continue to loom large.

India is much more vulnerable to an outbreak than many other countries because of its high population density — 420 people live on each square kilometre compared with 148 per square kilometre in China.

It is also difficult for the country to achieve the kind of strict social isolation that quarantines in Italy and China have enforced, given the country’s rural and overpopulated areas.

India’s already overburdened healthcare system is not equipped to deal with an outbreak of the scale seen in China. Given the lack of robust primary healthcare provided by the government, people are forced to turn to privatised healthcare which is expensive and out of reach for a majority of the people.

So far only government-run hospitals are administering the COVID-19 test which is free of cost, but India will need to widen testing to aggressively combat the spread like South Korea did to reverse the trend.

There are now 52 labs across the country which are testing for coronavirus.  Unfortunately, it has been difficult to identify the infected people early as most people do not seek help till they develop advanced symptoms and have already spread the virus.

Even though, the Bhartiya Janata Party (BJP) government has won praise for taking drastic measures against the virus, many health experts have criticised the establishment for doing precious little to clear the many misconceptions about the virus that are flooding social media.

In January, health experts were stunned after the Ministry of AYUSH, which promotes alternative forms of medicine, claimed that homeopathy and unani medicine could prevent coronavirus infection.

There is still a vast majority of Indians who believe that coronavirus is airborne and the government has not been able to fact-check many of the audacious claims floating on social media. Instead, there have been BJP MPs and MLAs propagating misinformation by claiming some cow products can cure the virus.  Uttar Pradesh Chief Minister Yogi Adityanath recently said that people could prevent the virus by overcoming mental stress and practicing yoga.

Misinformation like this can be associated with any outbreak in any country, but if it comes from government officials, it seriously undermines the credibility of the establishment while also endangering public health.

There is a good chance that India will see an uptick in the number of COVID-19 cases in the next few weeks and the government’s focus will then need to shift from prevention to mitigation.

Many experts believe coronaviruses of all kinds flourish in cooler, drier climates and are hoping that the rising temperatures in summer may end up snuffing out the virus, too. Healthcare systems in India may be underfunded and stretched, but they do score over their Western counterparts for having much more expertise in handling infectious diseases such as malaria, dengue and tuberculosis. It is a shame that India spends less than 4 per cent of its GDP on healthcare, but one can see that even wealthier and developed countries are struggling to respond to the deadly coronavirus outbreak.