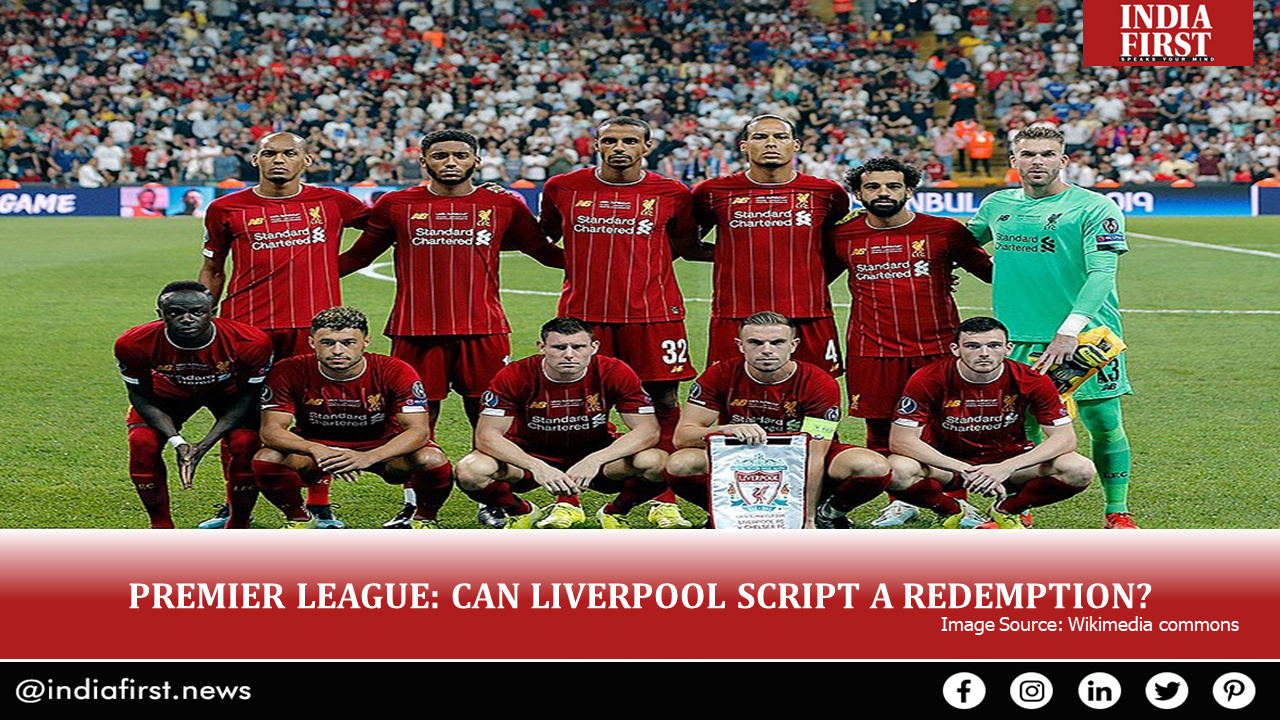 2020 has been a year of surprises, with most of them being unpleasant and unwanted. One such surprise was waiting for the fans of Liverpool FC who were waiting for their team to repeat their success from 2019 but instead were in for a shock.

In one of the most shocking defeats in the English Premier League, last year’s reigning champions faced a humiliating and record-breaking defeat at Villa Park against Aston Villa that left even the team’s coach Jurgen Klopp in tears of shock and embarrassment.

In a crucial match of the English Premier League, the Liverpool conceded seven goals against two of their own. The 7-2 margin, burning proof of a collapsed defence was the biggest margin ever allowed by reigning champions of the League in a league match since 1953.

While Liverpool’s defence was weak, owing to the absence of a COVID-19-positive Sadio Mane and injured goalkeeper Allison Becker, no one was excepting the scale of the defeat that the club suffered on October 4. The 7-2 margin defeat bears a stark contrast to their unbeatable run at last year’s English Premier League which brought the champion title home for the team.

The absence of the team’s regular goalkeeper was one of the reasons that it conceded seven goals in one match. The first goal against the team was scored just four minutes into the game that gave Aston Villa an early lead. The early lead was the result of poor passing skills and bad goalkeeping. Liverpool coach Jurgen Klopp also admitted that the first goal was a mistake which could have been avoided had Liverpool’s players learned their lessons from previous mistakes.

The 7-2 defeat was indeed an amalgamation of previous mistakes and new lapses in the defence that let the Aston Villa players destroy it and easily score goals.

For Villa player Watkins, the match was a dream come true as he not only scored his first goal in the Premier League but also became the first player to score a hat-trick against Liverpool in a decade. Watkins could have scored more, had his shots not been deflected on two occasions by goalkeeper Adrian.

Such was Aston Villa’s performance that Klopp was seen exclaiming a “wow” for the Villa players. While the talented Ollie Watkins scored an early hat-trick against Liverpool, Jack Grealish assisted the goals and also scored two of his own. Ross Barkley and John McGinn scored one goal each.

Talking about the embarrassing defeat, Klopp said that the team failed to make the most of the chances they were given. Needless to say, no team wants to surpass the new records that Liverpool has set in the English Premier League. While Aston Villa has improved on their previous record of beating Liverpool at 5-0 last season, Liverpool has failed to redeem itself.

With a two-week gap till the next game, the coach will be expecting his players to turn around from this defeat and train to eliminate the mistakes that caused the defeat. But with most of the players off on international duty, this will not be easy.