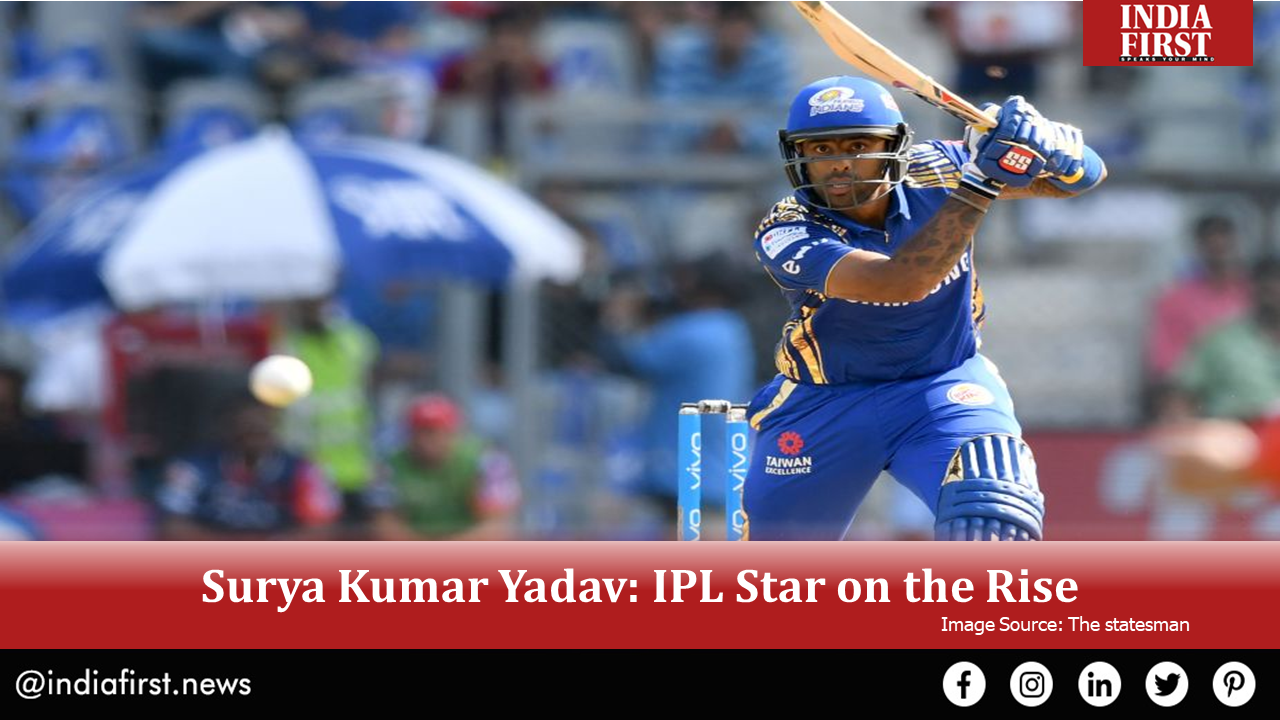 In the recently concluded match between the Mumbai Indians and the Rajasthan Royals, the former saw a new star shine again by helping his team to victory with an individual score of 79 runs from 47 balls. That new star is right-handed batsman Surya Kumar Yadav.

Hailing from a middle-class family of Maharashtra, Yadav started his tryst with batting from gully cricket. At the tender age of 12, his dedication to batting and prodigious talent got him selected for training at the ELF Vengsarkar Academy under the guidance of Dilip Vengsarkar.

He made his first-class debut for the Mumbai side in the 2010-11 season against Delhi. His first match heralded the beginning of a great career as he became the top scorer for the team and was the only one to score a 50. His impressive performance at his debut continued and his consistency with the bat has earned him a place in the Mumbai Ranji side every season since 2011.

In 2011, he was selected by the Mumbai Indians to play for them in the Indian Premier League. He was eclipsed by the greats in the team till 2013. In 2014, the young cricketer was signed by Kolkata Knight Riders and scored many memorable knocks for the team. His run-making ability in crucial matches earned him the vice-captain designation in the KKR team and he played many match-winning knocks in IPL7.

In 2018, Yadav returned to play for his home side, the Mumbai Indians. The transfer was not easy as he was bought by the Mumbai side for a staggering Rs 3.2 crores. Since then, irrespective of the team’s performance, the brilliant batsman has shone with his performance. In his new role as Mumbai’s opener, the batsman finished as the tournament’s highest run-getter in 2018. Yadav continues to open for his team and has given many meaningful contributions to its overall success. The most recent display of his batting instinct and consistency, however, was during the recent match between the Rajasthan Royals and the Mumbai Indians – in which Yadav’s brilliant show on the pitch what with his ability to season big shots with singles and doubles helped him get a quick 79 and secured a good start for his team.

Talking about Yadav’s knock, Mumbai Indians captain Rohit Sharma was all praises for the young opener. Sharma said that Yadav’s shot selection was perfect and he had the confidence to make a big knock soon. Yadav is known to play in his own style with an impressive portfolio of innovative shots, and his team was already banking on him to continue his superb performance for a much-deserved century.

The batsman, who is enjoying the team and his skipper’s confidence right now has a do-or-die attitude and faces the ball fearlessly. With the practiced precision of an experienced batsman, Yadav has played the most feared bowlers on the pitch and stood his ground. The batsman is in his prime and his recent success have made his supporters hopeful of a call-up from Team India soon.