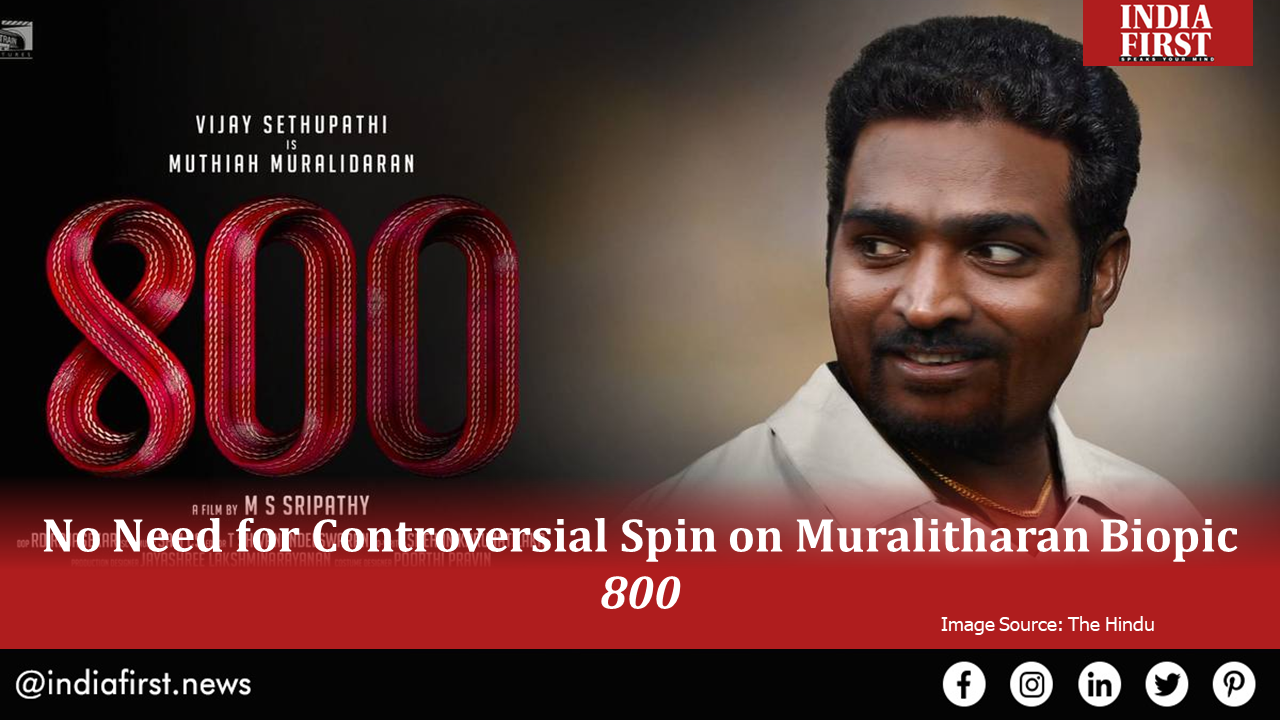 In recent years, there has been a flurry of biopic films inspired by the lives of many famous personalities from the Indian film industry. Bollywood and many regional film industries have released movies in recent history that were either inspired by true events or from the life of a well-known name. These biopics have often invited scrutiny and criticism from many quarters as well. Films such as Padmavat which was inspired by the historical accounts of Rajput queen Padmavati performing the sacrificial jauhar have often found themselves in the middle of raging controversies. The most recent biopic to end up that way is the much-awaited biopic of Sri Lankan bowling legend Muttiah Muralitharan.

The film, which has the versatile South superstar Vijay Sethupathi playing the role of Muralitharan, has been condemned by the political parties of Tamil Nadu. The reason? Muralitharan was once very close to Sri Lanka’s wartime defence secretary Gotabaya Rajapaksa who served in the Mahindra Rajapaksa government during the country’s 26-year long civil war against the Liberation Tigers of Tamil Eelam. The Rajapaksa government was accused of war crimes and human rights violations against the Sri Lankan Tamil community while brutally crushing the war and triggering a Tamil genocide. Muralitharan who is a Sri Lankan Tamil in origin was also criticized by his community for allegedly campaigning for the Rajapaksa brothers during the elections. The ire that Muralitharan faced in 2009 and again in 2019 has rubbed off on Sethupathi who looks convincing as the ace spinner in the recently released motion poster of 800.

The minority Tamil community of Sri Lanka has found sympathy from its Indian counterparts as they have witnessed the effects of the civil war on their Sri Lankan brethren for many years. Naturally, the film’s director M S Sripathy, Sethupathy and Muralitharan himself have been dragged into the debate of whether it should go on the floors or not. Sethupathy has been asked by political leaders, industry colleagues, and people in the audience not to go ahead with the role. Tamil Development Minister Ma Foi Pandiarajan has told the media that Muralitharan’s political alignment and his views of the Tamil genocide as a needful measure for ending the war can have a damaging effect on the film’s promotion and revenue. He further said that if the film is only based on the cricket career of Muralitharan then the film will not face backlash on release, but if it glorifies the cricketer’s political views the Tamil audience will not take to it kindly.

While the motion poster suggests that the film will touch on the Tamil Civil War, chronicling the struggles Muralitharan faced as a minority Tamil citizen of a wartime Sri Lanka, the film primarily focuses on Muralitharan’s journey to international cricket fame from humble beginnings.

The motion poster has not been able to douse the fire of controversy and the one under major fire is Sethupathy who has been warned that he will be seen as a betrayer in the eyes of Tamil people by being associated with the role of a racist.

Biopics and true event films are often under public scrutiny because there are real people and sentiments involved in the fabric of the story. This makes the subject of biopics very precarious and has to be approached with caution. While all this is true, a biopic at the end of the day is a piece of art and it should be appreciated just as it is – without controversies. When watching 800, people should remember that Muralitharan is one of cricket’s greatest ever players, and his life is worth recreating on the big screen. The audience should see it as the biopic of an excellent cricketer and as a brilliant performance from Sethupathy instead of restricting it to narrow and outdated political views.