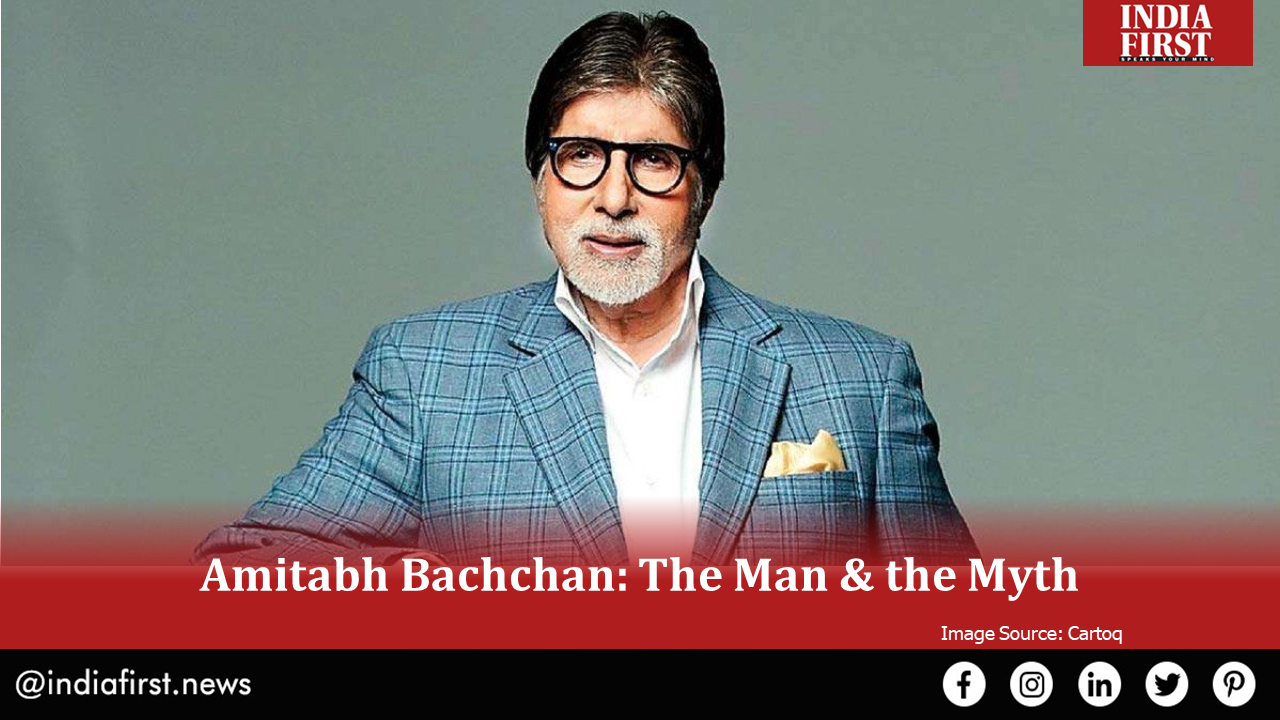 The dazzling lights of Bollywood have witnessed the ascent of many stars onto the sky of acting excellence with millions of moviegoers watching them weave the art of cinema on the big screen. Yet, no star shines as bright as the “star of the millennium” – Amitabh Bachchan.

Going strong at 78 and making a great comeback from a recent bout of COVID-19 infection, Bachchan is the unwavering guardian of Bollywood who continues to rule the silver screen. However, his charms go beyond the silver screen as Bachchan is a household name with his unmistakable baritone voice and his signature show – Kaun Banega Crorepati – which keeps the country hooked to its TV sets during prime time. If there is any Bollywood personality who transverses the screen to make his own permanent place in the hearts of millions of Indians, it is Bachchan.

The angry young man of the ’80s, Bachchan’s tireless drive and passion for cinema has kept the legacy of the quintessential hero alive in the memories of the audience. Reflecting a young spirit, the veteran actor tackles every problem of life deftly. Whether it was getting gravely injured on the sets of Coolie or the COVID-19 scare that forced the Bachchan family into quarantine, nothing seems to slow down the Bollywood giant. With each passing year, the aura of the veteran actor only seems to grow and it enthralls the audience with its brilliance.

His years of experience and unparalleled contribution to Bollywood and Indian culture aside, the senior actor still possesses an innate curiosity to learn new things and the humility of a newcomer that makes it a privilege for directors to work with him. The actor who is very active on social media platforms like Instagram and Twitter is widely respected and loved for proactively engaging with his fans across the world. His passion for acting and his dedication to the craft have made him a relevant and idolized actor in Bollywood who is sought after by stars, both young and old.

Bachchan’s commitment to his craft reflects in the way he has dived back into work as soon as shooting for films was allowed. He could have chosen to rest easy given his recent illness, but it seems the best medicine for Bachchan is a flurry of new projects. Along with new projects, he continues to display his versatility by adapting to various roles. Whether it is playing the prematurely-aged Auro in Paa or the eccentric Mirza in his recent hit Gulaabo Sitabo, Bachchan is not someone who shies away from challenges. Apart from his recent critically acclaimed performances, he will always be loved by the audience for his indelible portrayal of Vijay Dinanath Chauhan in Deewar and as the original Don. While today’s actors fear age catching up with them, Bachchan continues to age gracefully and carries the wisdom of his years effortlessly in his films.

Bachchan’s recent signing of a Prabhas and Deepika Padukone starrer has only proven that the veteran actor is not going to retire anytime soon. The audience has not had enough of the country’s beloved Big B and his legacy continues to be written on the golden pages of history and the pen of fate has not yet run out of ink.