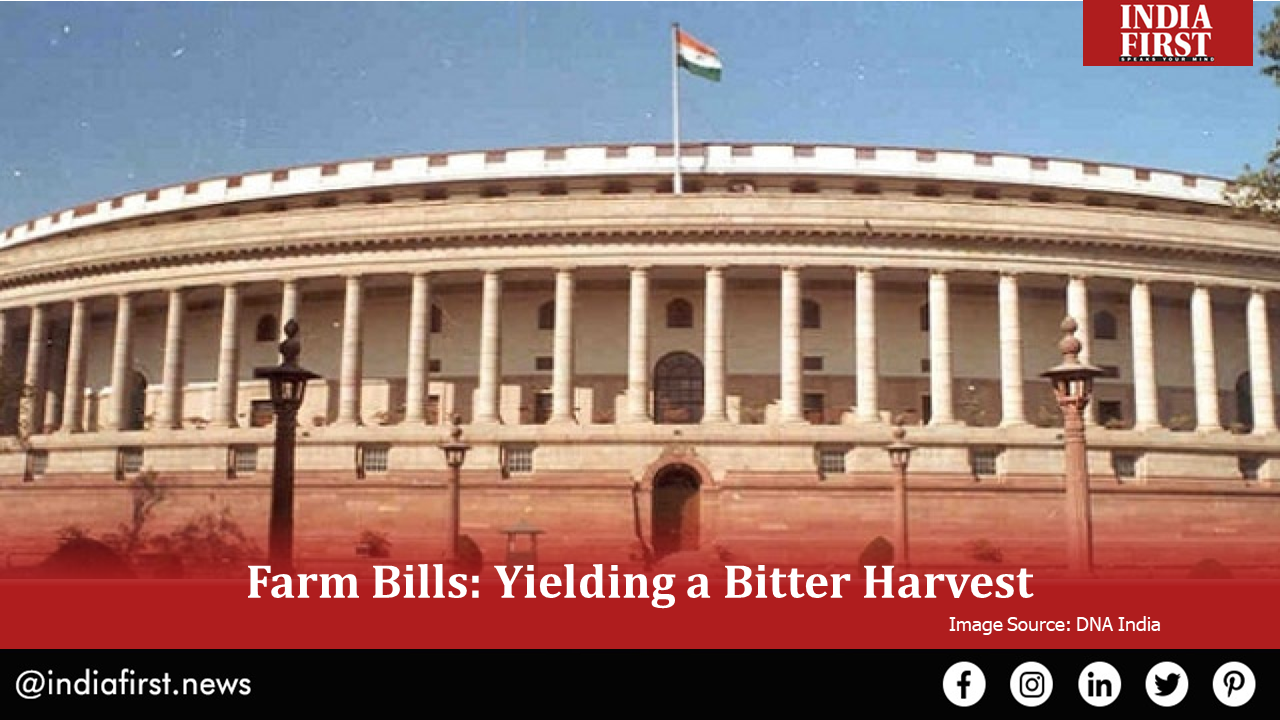 In a fresh development in the farm bills protests, the Central government recently sent an invitation letter to as many as 30 farmers’ unions in Punjab and Haryana who have been protesting against the passage of the controversial bills in the Monsoon session of the Parliament. The bills include three separate ordinances that were passed by the Rajya Sabha in September.

Ever since the bills received presidential assent, farmers around the country, particularly in Punjab and Haryana, have been protesting against the new laws and demanding their withdrawal. Critics claim that the proposed farm reforms in the bills are derogatory and unfavorable for the very people it plans to benefit: farmers. Whether it is the fear surrounding the end of the previous minimum support price (MSP) regime or the contract farming rules between corporate houses and farmers that could leave many small farmers vulnerable to possible exploitation at the hands of big corporate houses, the farmers have a long list of complaints.

To protest against the ordinances, the farmer unions in Punjab and Haryana organized a Rail Roko Andolan in the last week of September. This ongoing protest has proven to be a big headache for the central and state government as the economic activity of an already weakened pandemic-struck market is down in the dumps due to the restrictions and stoppage of train movement.

Over the past month, industrial production in Punjab fell 30 percent. The railways are the nerve centre of the Indian industry which relies heavily on them for supplies of raw material, movement of the workforce, and distribution of finished goods.

Keeping this in view, the month-long Rail Roko Andolan in Punjab and Haryana has halted the supply of raw material, hand tools, parts, and machinery and the mobility of finished goods out of the state. The transport of agricultural supplies and the export of agricultural produce from the state has also stopped, stalling the agriculturally dependent economy of the state. As many as six textile units in the state have stopped operations because of a dearth of raw materials. The engineering industry has faced a loss of 20%-30% in terms of production.

If the situation continues to stay the same, the industry will suffer huge losses and shutdowns. To keep the industries afloat, the Federation of Punjab Small Industries Association has asked the 30 farmers’ unions to at least allow goods trains to run.

To resolve the issue and resume railway operations, the central government has sent two different letters to the farmers’ associations. While the first letter of invitation from the Ministry of Agriculture was declined by the farmers, the second letter had invited them to the Krishi Mantralaya for a discussion on the issue.

The Punjab government, which has been against the farm laws since the very beginning, has moved a resolution against the Central farm laws and introduced three bills against them in the Punjab state assembly.

Whether it is through discussions or other regulations that may ease the friction between the Centre and the farmers, the farmers’ protests must end peacefully so that the country does not reap a bitter harvest this winter.