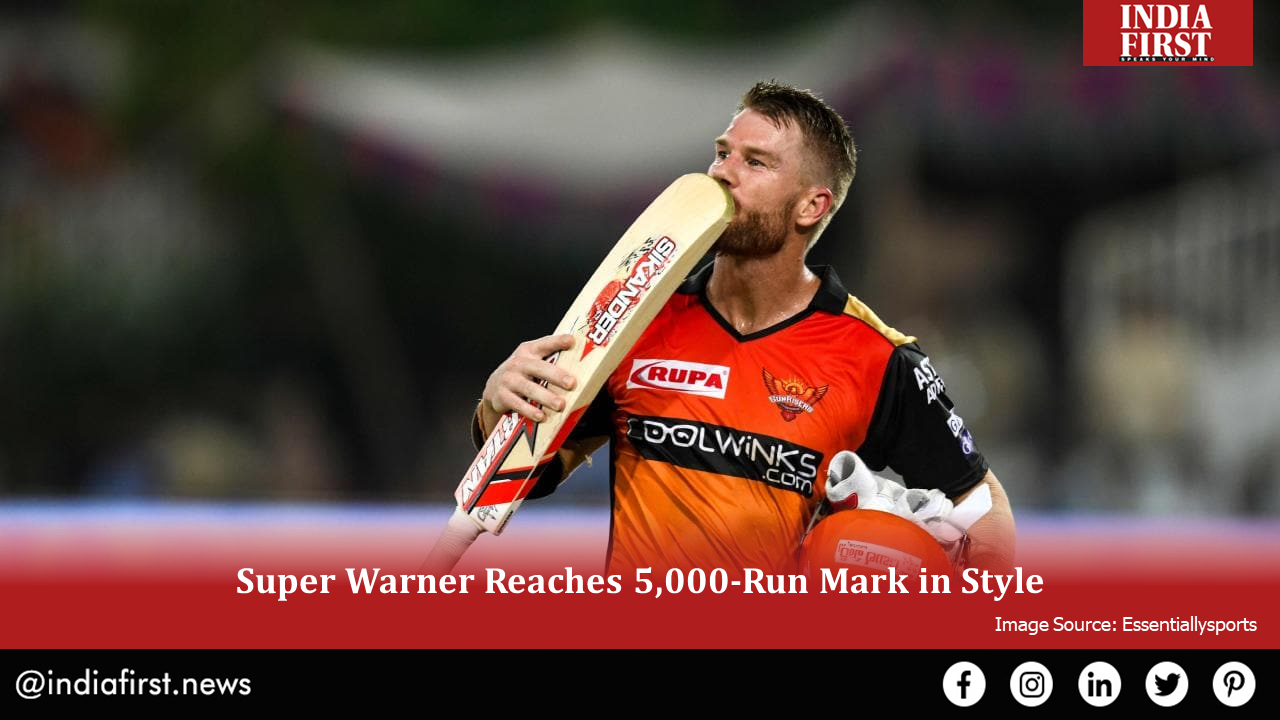 When Sunrisers Hyderabad (SRH) player David Warner came down to bat against the Kolkata Knight Riders on October 18, he did not think that the day will be one of the most important in his career, and also for the Indian Premier League (IPL). The SRH skipper usually bats as an opener but that day he batted as number 4, deciding to lend support to his batting order against the rival team. This was not the only unusual thing that took place on the fateful day. Warner scripted IPL history by becoming the first foreign player to score 5,000 runs in the format, underlining the cricketer’s run-making abilities and his long association with IPL and, by extension, with India.

The proof of the Australian cricketer’s prowess on the field lay in his creating a new record while breaking an existing one on the same day. Apart from his 5,000-run feat in the IPL, Warner also scored runs at a fast rate to beat Indian skipper Virat Kohli’s record of the fastest batsman to score 5,000 runs. Playing his 135th IPL innings, the cricketer earned these records and became the fourth top scorer with runs in IPL falling just behind Indian run-hitters Virat Kohli, Suresh Raina, and Rohit Sharma.

Despite reaching this special milestone, the SRH skipper was unable to take his home team to a win as Kolkata Knight Riders’ star bowler Lockie Ferguson got him out on the first ball of the Super Over to turn the tables in favour of the Knight Riders. This cut short the SRH skipper’s quest for a half-century and limited him to a mediocre innings of 47, falling just 3 runs short of the goal.

The loss hardly put a dent in Warner’s reputation as the cricketer has held many incredible records throughout his international cricket career. His selection in the Australian cricket team itself was a historic moment as he was the first cricketer in over a century who was selected without a first-class experience. In 2017, he became the first Australian batsman to make a century in his 100th ODI match.

He is one of the most prolific batsmen in the world who brings the renowned Aussie aggression to the pitch with his power-hitting prowess. His batting and run-making abilities have made him a constant fixture in the Australian team as well as in the IPL where he has played the short format of T20 since 2009. Warner’s aggressive approach to batting is suitable for the T20 format and has brought many wins for the teams he has played for over the years.

Warner’s 5,000-run-long association with the Indian Premier League bears a stark contrast to the Australian cricketers of the past who dreaded the hot and humid conditions in India. Warner, on the other hand, has a deep love and respect for the Asian country and even has a daughter named India. The southpaw has immense experience on Indian pitches that have contributed greatly to his new milestone in the IPL.