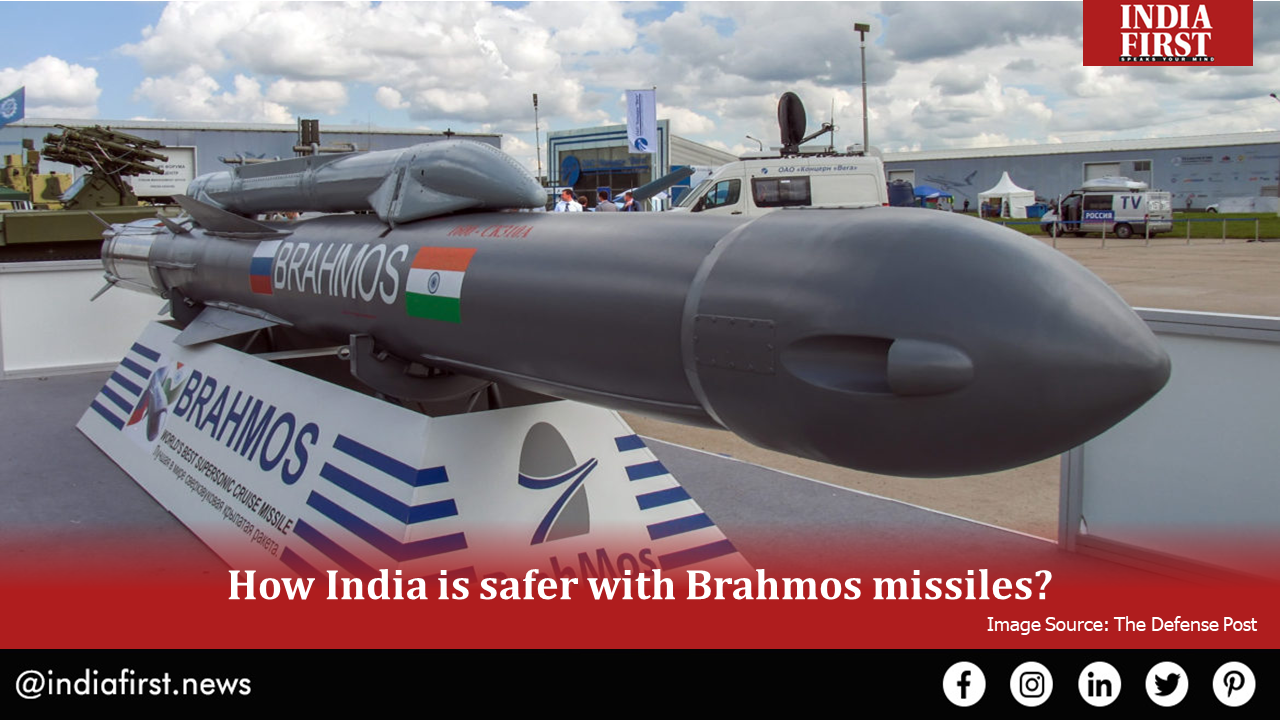 At a time when India is witnessing conflict on its borders and is boosting its defences, the testing of the surface-to-surface supersonic cruise missile from the Brahmos range is rather timely.

The range of the new Brahmos missile is 400 kilometres. This is an improvement from its previous range of 290 km. The speed is still maintained at Mach 2.8 and an array of integrated indigenous subsystems make Brahmos one of the strongest missiles in the military inventory of India.

The successful testing of Brahmos has opened avenues for the Defence Research and Development Organization to create more missiles with the indigenously developed booster and airframe systems that have been used in the Brahmos supersonic cruise missile for the first time.

Brahmos missiles are products of Brahmos Aerospace, an Indo-Russian joint venture. The missiles can be launched from submarines, ships, aircrafts or land platforms.  The Brahmos missile is a reliable weapon that enhances the IAF’s ability to strike long-distance targets on sea or land, giving India a military and strategic advantage.

Besides being tested on land targets, the Brahmos supersonic cruise missile has also been integrated into Sukhoi Jet fighter planes. This has increased the attacking power of the Sukhoi jets manifold.

Deriving its name from the mighty Brahmaputra river in India and the gutsy Muskwa river in Russia, Brahmos is a perfect example of a fruitful collaboration between India and Russia on the military technology front. The missile with Indian indigenous internal systems and Russian intelligence might just be world’s best missile technology.

The unique abilities of Brahmos lie in its undetectability under radar and its successful firing even in low altitudes. Increasing its effectiveness, the missile not only has superior firepower but is also compatible with conventional as well as vertical launchers. The Brahmos missile can change its course mid-air and hit its target with high precision even if the latter is in motion. The missile can be used by all three wings of the Indian Defence Forces, making it a crucial part of the artillery and ammunition inventory of India. It fools missile detection systems of the enemy while dealing a blow of 1200 units of energy in one hit. Brahmos has twice the power that a leading American missile has and can destroy the enemy in seconds.

The precision and power of Brahmos are the reasons why the missile technology is popular among other countries such as Philippines, Vietnam, Egypt, and Oman, who want to secure a deal with Russia and transfer the Brahmos technology from Russia to their countries.

The Indian Army has already deployed many supersonic cruise missiles from the Brahmos range on the Indo-China border. While an all-out war is being avoided and there are talks on disengagement of troops from both sides, it is assuring to know that the ferocious Brahmos missile is on guard to secure our borders.