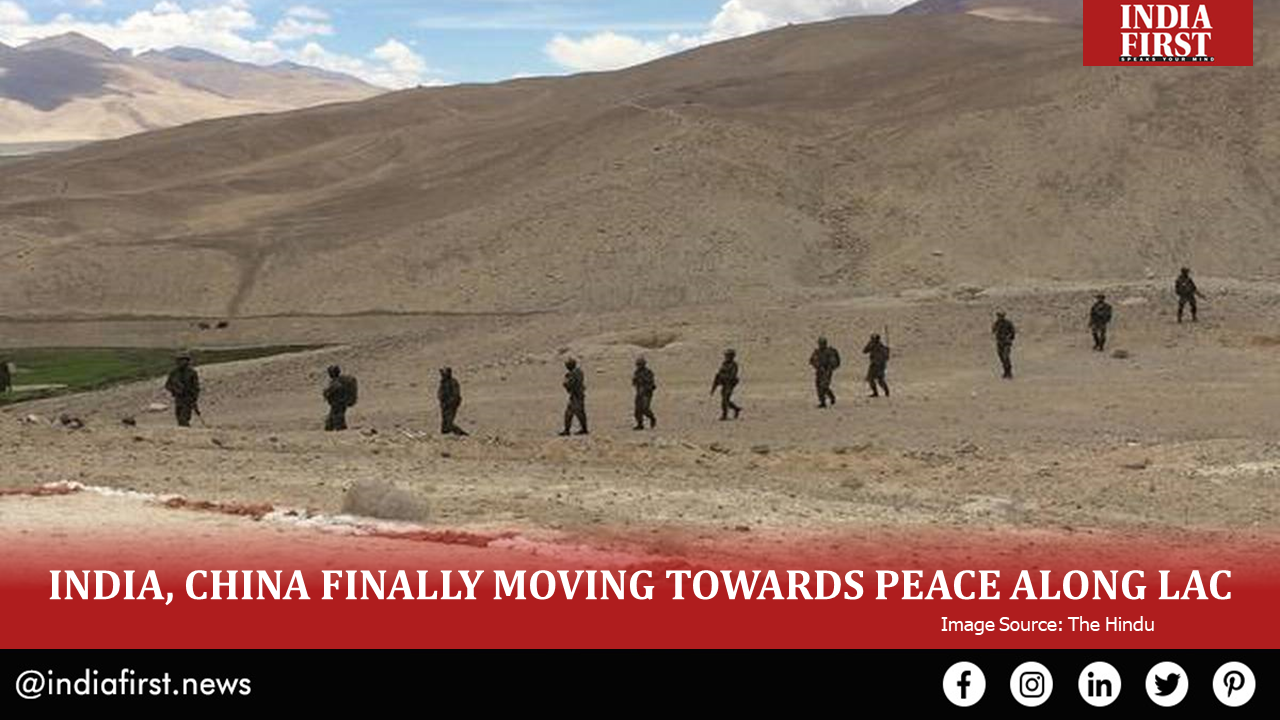 As a step forward in resolving the Indo-China border conflict along the Line of Actual Control, the seventh round of dialogue was held recently between the top military commanders of the People’s Liberation Army and the Indian Armed Forces.

Although the meeting was not devoid of tension, what with the Chinese foreign ministry reacting strongly against the unveiling of 44 border bridges by Union Defence Minister Rajnath Singh on the day of the meet itself, the discussions were peaceful and healthy with focus on the mutual disengagement of forces from the border.

In an instance of bitter criticism before the meeting, the Chinese foreign ministry blamed India for being the root cause of the LAC conflict by continuing to build infrastructure in different parts of Ladakh.

The Chinese ministry spokesperson further said that Beijing does not recognize Arunachal Pradesh and the newly formed Union Territory of Ladakh as a part of India and labeled both the territories illegal. Since the Chinese government considers them to be disputed regions, the country is vehemently opposing the building of new infrastructure in Ladakh by India. The Chinese spokesperson even went ahead to warn that if India does not refrain from construction activities in the disputed area, the peace talks between the two countries could be seriously undermined.

Given the Chinese stance on the LAC issue blowing hot and cold these days, a successful end to the seventh round of bilateral meetings and a joint statement that is hopeful of resolving the conflict soon has greater importance.

The recently issued statement is a step forward from the September 21 joint statement which talked more of non-escalatory behaviour and not increasing the troops deployed on the borders which could change the situation for the worse. While the situation did not worsen, there was no major disengagement of troops from both sides. Insiders believe that the decision of non-escalation was taken to test the troubled waters of Indo-China ties that were crucial to building trust. Non-escalation was a step before disengagement and de-escalation.

The recent joint statement stated that the countries engaged in an insightful and constructive discussion on the current conflict and its causes, discussing the necessary measures to disengage troops along with the western sector of the Indo-China border.

The statement claimed that the recent meeting was a step towards understanding individual positions on the conflict and that both countries are committed to not let their differences turn into disputes. The two countries have decided to come to a mutually agreeable process of disengagement of troops. The joint statement also states that the countries will work in mutual accord for safeguarding the peace and tranquility of the region through further discussions and dialogue.

This is the first time in many months that both countries have issued a joint statement talking about working together as guardians of peace in the region. The truce and ceasefire at the border have made many political observers hopeful that the countries will soon disengage their troops from the borders and positively de-escalate the conflict.