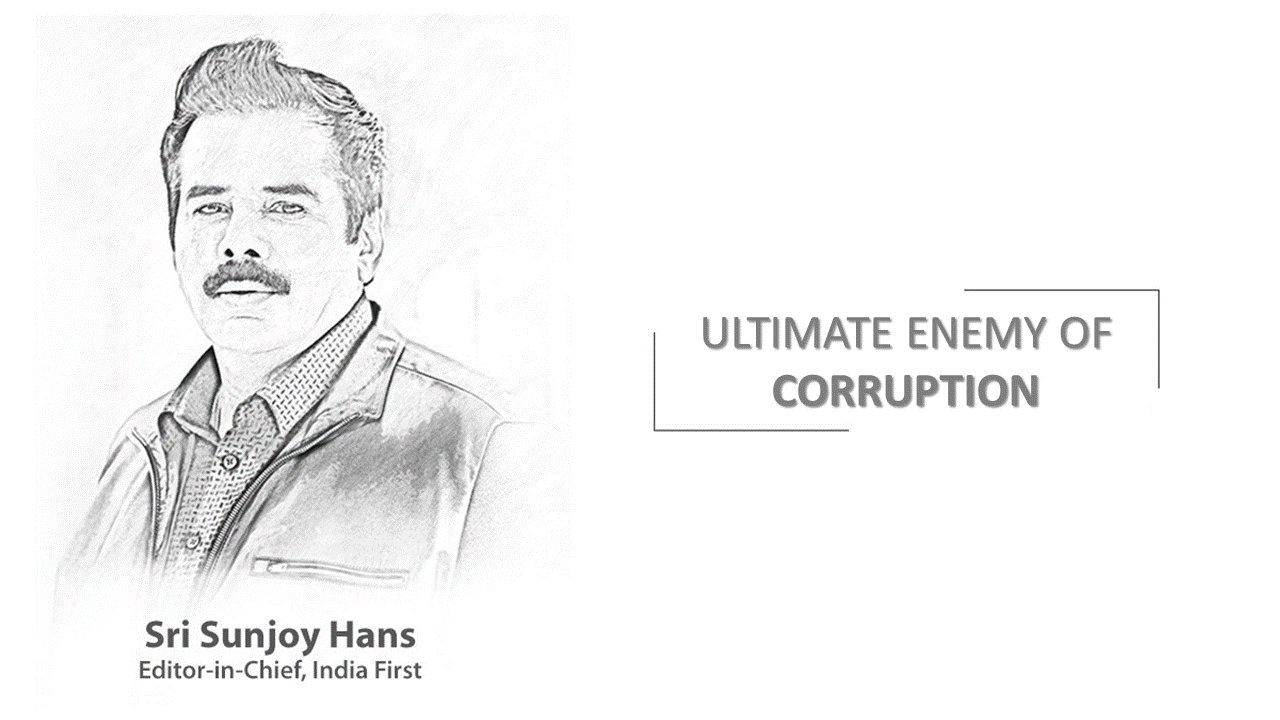 Chief Minister Naveen Patnaik has made it amply clear once again that his government has zero tolerance for corruption. With his government committed to stamping out graft, the state vigilance department has stepped up its drive against perpetrators. Recently, it conducted raids against an engineer in a disproportionate assets case and seized documents showing possession of property worth more than Rs. 6 crore. The department has been conducting such raids regularly to ensure that the corrupt are brought to justice.

The government has been taking exemplary action against dishonest officials, with some being retired compulsorily from service. Last year, a state forest service officer and two engineers were given premature retirement in graft cases. When it comes to acting against the unscrupulous lot, the position of the officer concerned hardly matters for the government which puts a premium on cleanliness and transparency in public life.

Patnaik has been uncompromising even in dealing with his own party colleagues charged with corruption. Irrespective of their position in the party or the government, he has never hesitated in acting against them when their integrity came to be questioned. His stand has been applauded by general public.

The Chief Minister launched the ‘Mo Sarkar’ initiative to ensure transparency in governance and to crack down on corruption with greater force. In the first phase it was implemented at all police stations across the state along with 21 district headquarter hospitals and three government-run medical college hospitals. It is part of the Patnaik’s 5T (transparency, teamwork, technology, time and transformation) formula of governance which also aims at streamlining the functioning of all government offices. The importance that he attaches to this initiative is evident from the fact that his young and dynamic private secretary, VK Pandian, is the 5T secretary of the state.

Transparency is the watchword of the Naveen Patnaik government, because transformational changes are unlikely to take place without it. Besides, it also ensures efficiency and brings the government closer to the people. When Mo Sarkar was launched, the Chief Minister himself made calls to the people of the state to get direct feedback about the kind of treatment they were getting at the police stations. This was the first time in the history of the state that a Chief Minister was doing so.

The functioning of government hospitals across the state improved soon after the launch of the Mo Sarkar programme, with senior officials such as Pandian himself visiting hospitals in several districts to assess the quality of service and available facilities. He also listened to the grievances of people and ordered corrective steps wherever necessary.

Such personal monitoring of the programme by the Chief Minister and his top officials ensured high level of efficiency at all levels of state administration. With Mo Sarkar bringing about positive changes in the functioning of hospitals and police stations, more departments were brought under its ambit. The results are there for everyone to see. The level of efficiency has gone up and there is greater transparency in the functioning of various departments. Patnaik has clearly worked out the best possible way to stamp corruption out of Odisha.