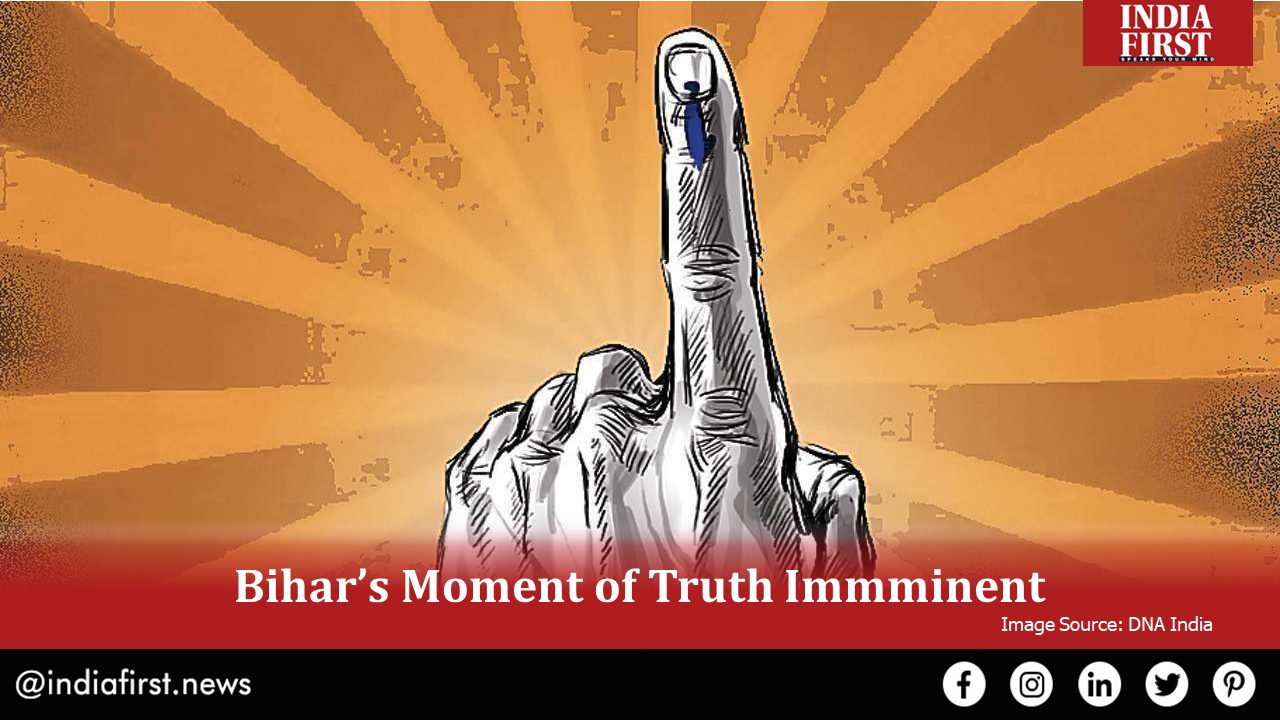 Bihar has been in the throes of intense action with polling under way in the first phase of the assembly elections which began on October 28. There have been shrill electoral campaigns across the state as leaders across party lines exchange heated words, but the din of this political battle has somewhat drowned out the voices of development and public welfare that are highlighted in every party’s election manifesto.

Major parties in the fray, such as Janata Dal (United), Rashtriya Janata Dal (RJD), National Democratic Alliance (NDA), have come up with a slew of promises in their manifestos to chalk out the state’s development and growth.

While the ruling JD(U) has promised a shot in the arm for technical education, employment and entrepreneurship for the youth, the party has also given equal weightage to the agricultural sector by promising ample water supply and funds for the development of farming in the state. This will support the already thriving farming sector while attempting to rescue the struggling industrial sector in the state.

The JD(U) manifesto also focuses on education for girls and the empowerment of women by creating job opportunities for them in the administrative, law keeping and public sectors. Since the JD(U) has been in power for many years in Bihar, the party is focusing on its developmental work and the progress map it has planned for the state in the coming years.

The NDA, on the other hand, has tried to instill fear among the people of the state, highlighting the threat of RJD’s return to power. The NDA has warned voters that the days of Jungle Raj and a Maoist-infested Bihar may come back if RJD and its allies manage to win the election.

Reminding the public of the gory violence that was rampant during the Lalu-Rabri Yadav regime, the NDA is trying to capitalize on the fear of a lawless state under the RJD and playing up the peaceful rule of Bihar chief minister Nitish Kumar.

The RJD’s loud and gun-toting supporters causing pandemonium in campaign rallies do not help the cause of the party either. The general mood of the rallies tends to be on the uncivilized side and drives the fear deeper in the minds of Bihar’s population.

To his credit, Nitish bears a stark contrast to his predecessor Lalu by adopting a zero-tolerance policy against crime and tightening the loose links of the law and order chain in the state. The NDA’s efforts to instill fear among Bihar voters is expected to be successful in nullifying the anti-incumbency factor against Nitish and secure votes in the five-time chief minister’s favour.

In its election manifesto, the RJD has promised 10 lakh jobs to the unemployed section of the society, as well as loan waivers to farmers. It has also promised better minimum support price for farmers in a bid to increase the earnings of farmers under its rule.

The Congress manifesto promises to provide free education to girls along with a loan waiver, just like the RJD. The Congress has also promised to give unemployment allowance to jobless youth in the state, along with allowance for senior citizens and widows. Keeping the elections in mind, leading parties have made many big promises to the public, but only time will tell whether these promises will be fulfilled after the elections.