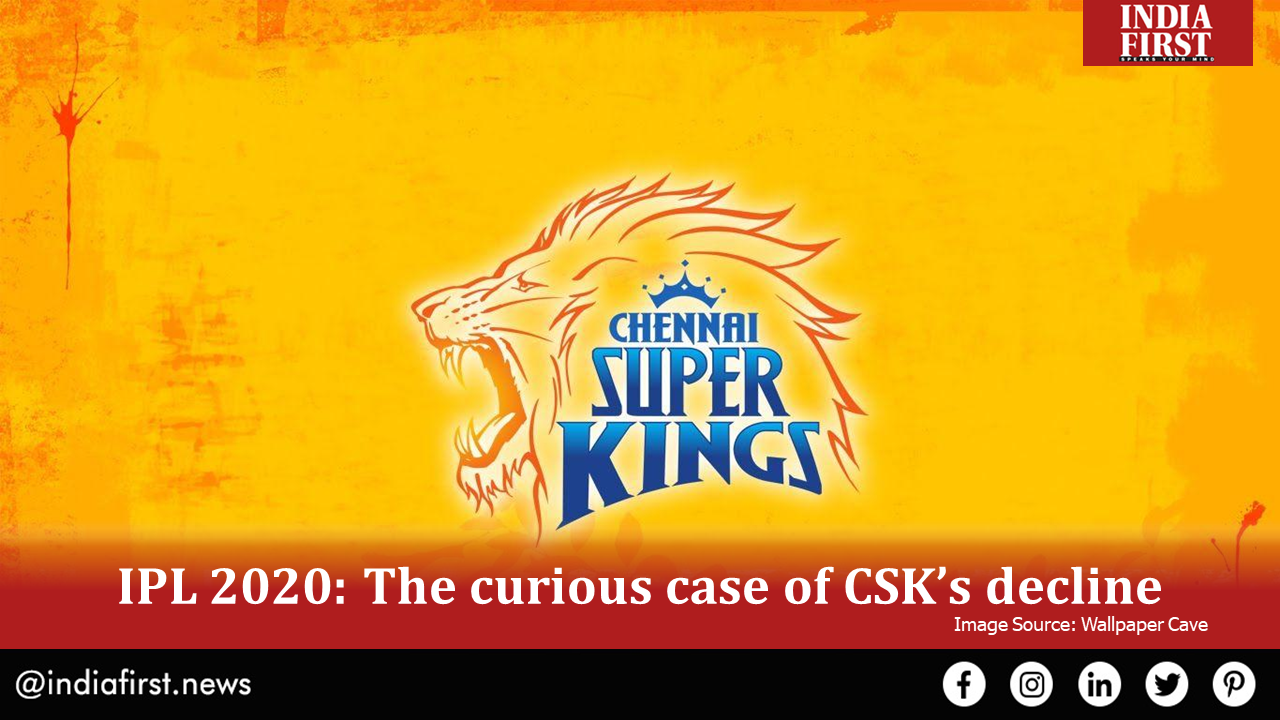 The year 2020 has been one of surprises, or rather shocks, for everyone. After unexpected deaths and unforeseen cancellations, people now seem resigned to expecting unexpected things. While there have been many shocks for sports lovers in India as well, the biggest yet for them has been the IPL team Chennai Super Kings not being able to make it to the playoffs for the first time in the history of the tournament.

Since its debut in Indian Premier League in 2008, the team has managed to finish the tournament in top three, winning the IPL Champion title thrice and ending up with the highest winning percentage among all teams. It was therefore a shock for cricket fans when such a distinguished team failed to reach the playoffs for the first time.

Captained by the most able skipper in IPL and probably the world, Chennai Super Kings have seen their ‘Thala’ (leader) – Mahendra Singh Dhoni – as the ultimate match-winner. They have riding on his leadership qualities, his decisive abilities and his finishing talent all along.

Even the presence of Dhoni in the CSK side could not save their hopes of securing a spot in the playoffs as CSK lost the playoff berth despite a resounding win over the Royal Challengers Bangalore on October 25. The total of 146 posted by Virat Kohli-led Royal Challengers Bangalore was easily tackled by the team as Ruturaj Gaekwad scored a 50 to give the necessary impetus to the team to make it past the finish line.

The team made a total of 12 points but fell short when Rajasthan Royals beat the Mumbai Indians to set the benchmark for the top four teams of the tournaments at 14 points. This essentially put CSK out of the race for playoff spot.

This first ever ousting from the tournament is said to be the result of many decisions and conditions that have prevailed over the past few months since IPL 2020 was announced. As the tournament moved out of India due to COVID-19, Chennai Super Kings started their campaign without two of their experienced match winners, the Suresh Raina and Harbhajan Singh, both of whom pulled out citing personal reasons. The new rules of IPL 2020 which needed the players to go into a period of quarantine, ate into the training period of the team and the players of CSK did not have time to acclimatise to the pitches in the UAE, which turned out to be a distinct disadvantage for them.

Although the team managed a favourable win in the campaign opener against Mumbai Indians and got off to a promising start, the ‘Dad’s Army’ let age win as they lost most of their subsequent matches, only occasionally showing the collective sparks of brilliance that powered them in previous years.

CSK can now only wait for the next season of IPL and prepare for a comeback in IPL 2021 after a much-needed revamp.