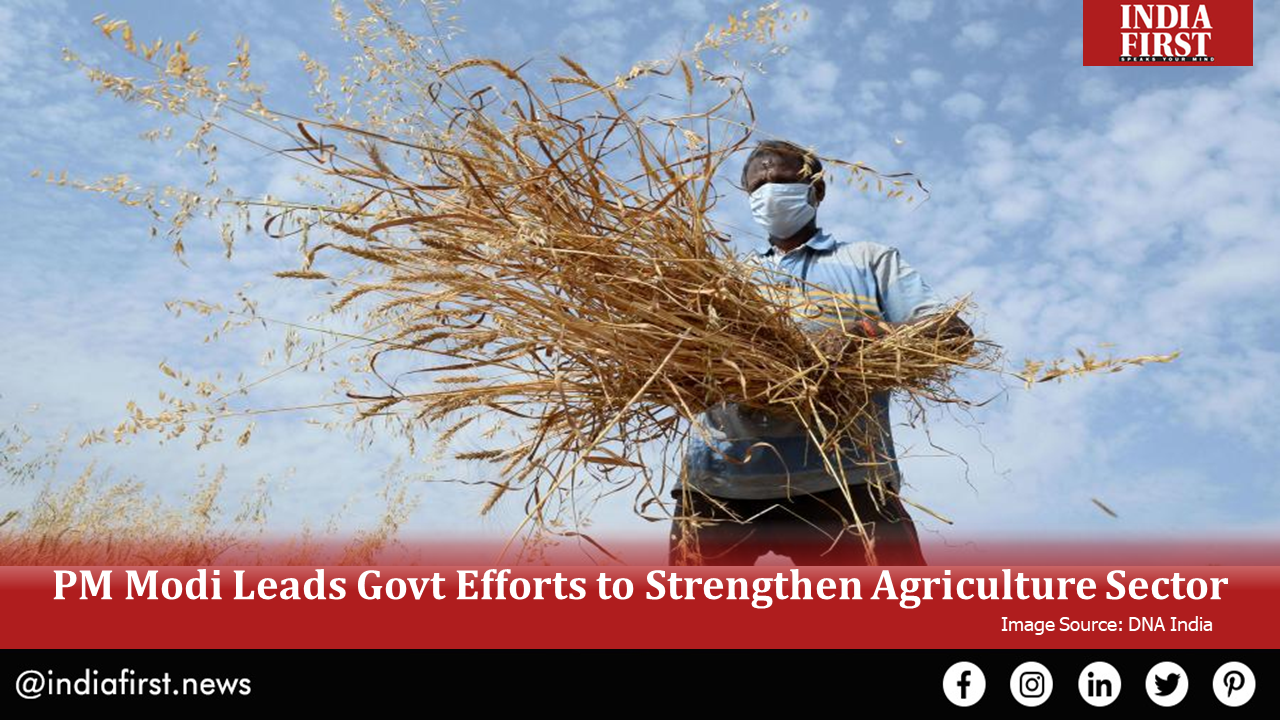 During the lockdown period, as the secondary and tertiary sectors suffered unprecedented setbacks, the often-ignored primary sector took centre stage as the silver lining in the dark clouds hovering over the Indian economy. At a time when the consumer goods sector was put on the backburner, the luxury segment was almost completely shut when India decided to ride out the period of austerity ushered in by the COVID-19 pandemic.

It is true that agriculture remains the primary profession in India, with a sizeable majority of the population still dependent on it for a livelihood. Another fact is that even today most farmers of the state are belong to the poorest sections of the society. Till now agriculture has stayed in the shadow of the industrial growth that modern India has focused on since the advent of the first industrial policy in 1956. But life came full circle this year when India started embracing its identity as an agricultural economy, an identity it had been running away from since independence in a bid to be included in the mainstream of industrial economies.

As COVID-19 forced other sectors to shut down, agriculture experienced healthy progress. Locked inside their homes, people came to the realization that they need very little to survive and started depending on grocery essentials and farm produces more and more. As many urban professionals faced a loss of jobs and temporary layoffs, they headed back to the relatively safe and unaffected rural areas. Without any other alternative to earn money, people reversed the trend of migrating to the cities and took to the plough to harvest that one essential need for any society to survive: food.

With its newfound respect for farmers, India has decided to boost the agriculture sector under the leadership of Prime Minister Narendra Modi.

During an inaugural event via video conferencing of three projects in his home state of Gujarat, Prime Minister Modi told the nation, especially to its farmers, that the government is proactively trying to take measures for the agriculture sector to boost its growth and bring economic benefits to the farmers of the state.

His statement comes as a relief for the farmers around the country who have been protesting since the passage of the controversial farm bills in the monsoon session of the Indian Parliament. The agitated farmers of the country are in the need of the government’s support to boost agricultural production in the country and it seems like Prime Minister Modi’s cabinet is working towards quelling the angst among farmers. The Prime Minister has also said that the government will pay special focus on doubling the farmers’ income by reducing production costs and helping the farmers earn greater profits from their crops.

The Prime Minister has further said the government has granted farmers the freedom to sell their produce anywhere and at any cost, and that it has also created numerous organizations to look after the interests of farmers and ensure implementation of fair business practices in the farming community. From completing major irrigation projects to improving crop insurance schemes, the Modi government has been constantly working towards strengthening the agriculture sector and the people linked to it.

The statement from the Prime Minister reaffirms and brings clarity to his government’s pro-farmer stance. It instils hope that the agriculture sector will continue to see positive trends of growth in the coming years of NDA rule.