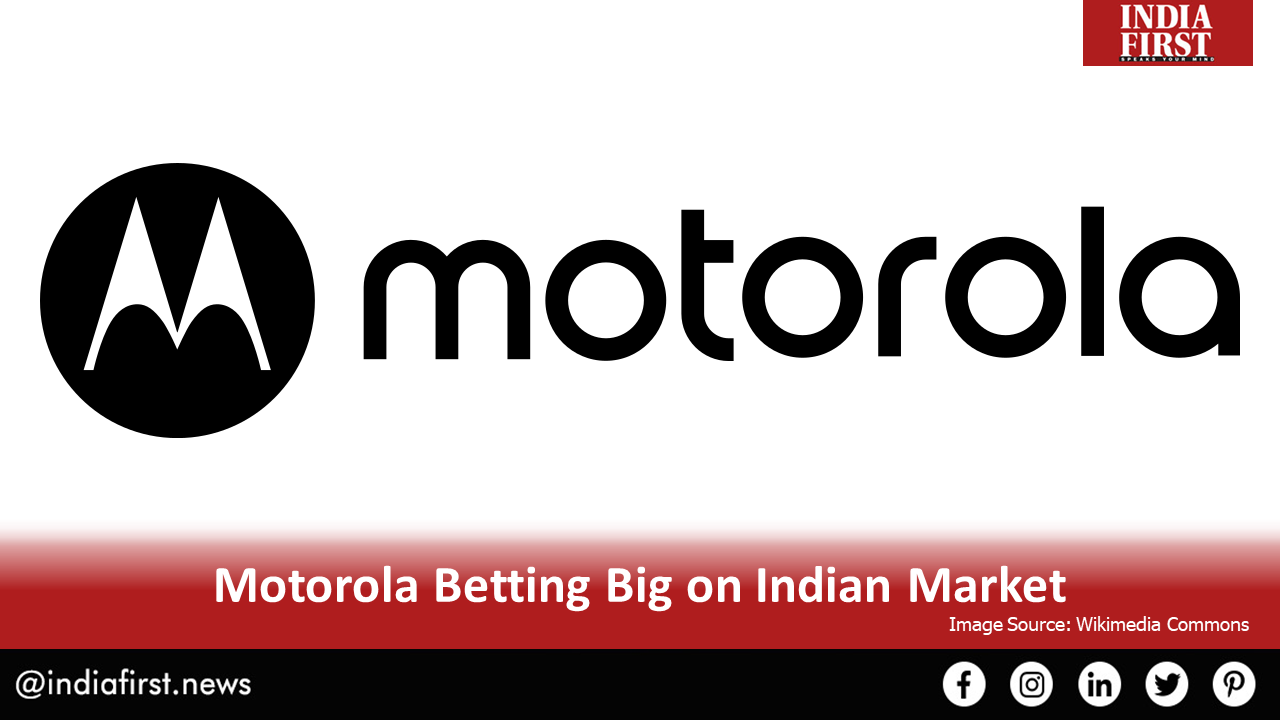 Smartphone and electronics producer Motorola is predicting a better graph of growth for itself than the overall market in India based on its figures from earlier months this year. Based on past month’s data, the electronic gadget producer is projecting a better quarterly and year-on-year growth by aiming to produce mid-range gadgets, between Rs 9,000 to Rs 20,000, in coming months.

Even though the overall smartphone shipment figure for India declined in the first quarter of the current financial year, the company clocked positive growth trends and saw an increase in revenue in the April-June quarter of 2020 compared to corresponding figures from previous quarters.

The company is hopeful that although the market has seen a decline in the early months of the financial year due to the lockdown and consequent economic low point for consumers, it will regain its growth potential riding on new products and innovations introduced in the smartphone market. The company believes that the smartphone sector will continue to see innovations, and as long as something new is on offer to the consumers, revenue will continue to flow into the coffers of smartphone companies. Having seen a greater growth rate than the market, the company plans to maintain the trend in the future.

Motorola has entered the premium smartphone segment with its recent launch of Razr 2, which is priced at Rs 1.24 lakhs per unit. Although the market has slowed down considerably, the launch is relevant as Indians are interested in buying 5G enabled smartphones to be ready for the introduction of the fast 5G technology in near future. Motorola expects that although 5G phones are right now at the higher end of the market, their prices will go below Rs 20,000 by next year.

Around 99 percent of Motorola’s smartphones are manufactured by Flextronics in Sriperumbudur, India. The Made in India tag will also help Motorola earn revenues as the Indian market has a greater inclination towards indigenously created products.

The duty of 10 percent that the government has been levying on the import of mobile displays is going to cost the smartphone manufacturers like Motorola dearly and might be a discouraging factor in an already slow market. The consequences of this sudden increase in import duties is expected to have a negative impact on customer numbers.

Yet Motorola is ready to see a period of growth amidst increased taxes on the import of smartphone parts. As the smartphone market is recuperating from an all-time low after the lockdown and the subsequent unlocks, smartphone manufacturers are predicting a period of growth, latching their expectations to a rising demand for smartphones due to the rise of remote work scenarios and online learning. Innovative technologies used in new smartphones are also going to help manufacturers recover from their losses and see a positive shift after some months.