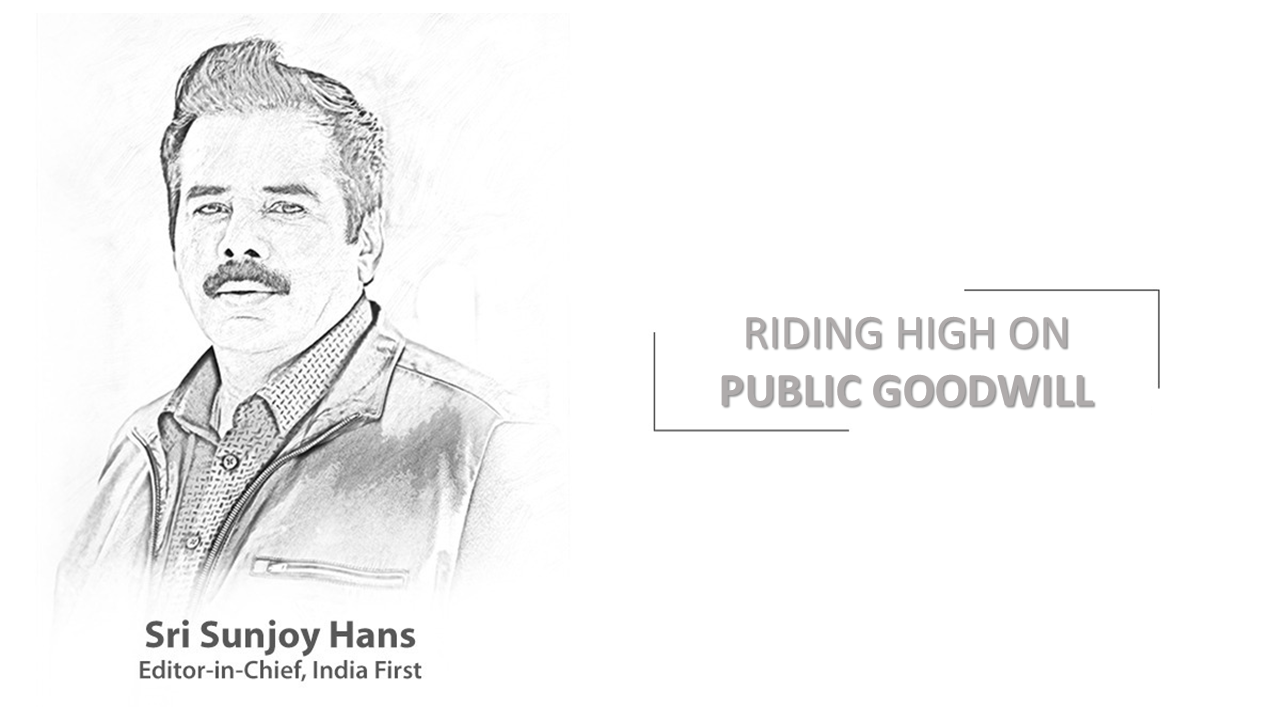 With all the campaigning for the final phase of elections in Bihar having drawn to a close, all eyes are on Prime Minister Narendra Modi who has so far been the infallible poll mascot for the BJP and NDA. Although Nitish Kumar has once again been projected as the chief ministerial candidate of the JD(U)-BJP combine in the state, the stakes are bigger for the BJP and Prime Minister Modi because of two specific reasons. The first and foremost reason is that the BJP, unlike JD (U), is a party with a pan-India presence, as a result of which the outcome in Bihar could impact its prospects in other states as well. Secondly, Modi’s reputation as the BJP’s biggest electoral trump card will either get reaffirmed or dented by the results.

The Prime Minister has campaigned extensively in Bihar seeking people’s mandate on the performance of JD(U)-BJP government in the state and the BJP-led NDA government in Delhi. While sweating it out in Bihar, the Prime Minister has also been preparing for another major, perhaps bigger, electoral challenge in West Bengal where assembly polls are due in April-May next year. West Bengal and Odisha are key parts of BJP’s Look East policy and the party remains keen to storm Mamta’s bastion with full force.

If the BJP does well in Bihar and West Bengal, it will be ready to face its biggest political challenge of Prime Minister Modi’s second term – the assembly elections in Uttar Pradesh, the largest Indian state, in 2022. That is going to be the most crucial political battle for the Prime Minister, not only because he happens to be a member of parliament from that state but also for the fact that the next Lok Sabha elections will come calling only two years later. Modi will turn 74 in 2024 and will be entering the final phase of his political career.

So, the invocation of his government’s achievements by Modi, the only non-Congress Prime Minister to have won two consecutive majorities in Lok Sabha elections, at his election rallies is understandable. And these are momentous accomplishments by any standards. While major steps have been taken on the economic front to streamline the taxation system and to make India self-reliant through Atmanirbhar Bharat Mission, the success of Swachh Bharat Mission has been the crowning glory of the Modi government as it has unleashed a social revolution in the country. Modi has led this campaign personally and is the first Prime Minister of the country to have successfully conveyed the message that cleanliness, public health and the economic well-being of the people are correlated. The toilet-construction programme under the Swachh Bharat campaign to make India an open-defecation free (ODF) country has been a major factor behind Modi’s electoral success.

Another politically significant pro-poor move of the Modi government has been free distribution of LPG cylinders under the Ujjwala Yojana. It has turned women from poor background into one of his biggest supporters. While the revocation of Jammu and Kashmir’s special status under article 370, abolition of triple talaq and ground-breaking ceremony for the Ram Temple at Ayodhya are among the other achievements of his government, successful handling of the Chinese threat on the Ladakh border and the COVID-19 situation in the country have also earned him praise of Indians not only within the country but also abroad. This collective goodwill is going to sustain him politically for a long time to come.