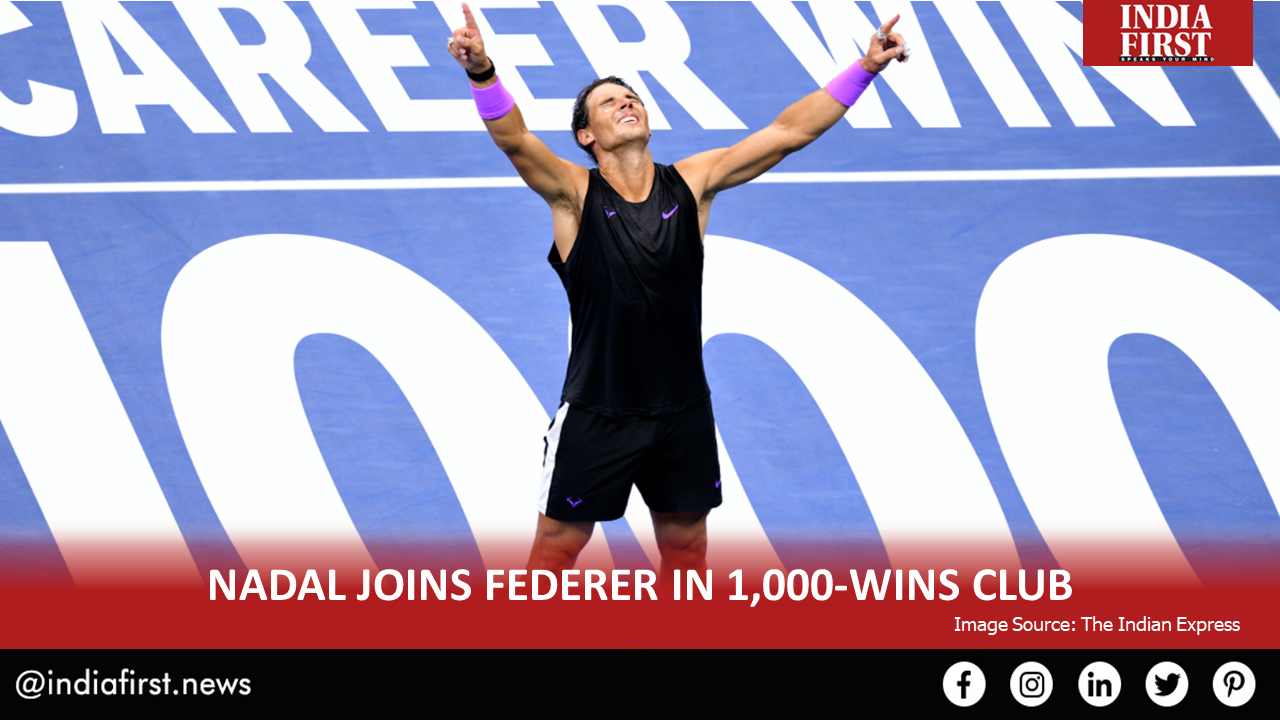 From turning pro at the age of 15 to winning 13 French Open titles in his career, Rafael Nadal is one of the greatest players of all time in the tennis world. After joining tennis legend Roger Federer in the GOAT race with 20 Grand Slam titles, Nadal has just earned his 1000th ATP tour level win, making him only the fourth man to do so in the Open Era. Federer had joined the 1000 club in early 2015.

Nadal achieved this rare feat in the French capital following his win over Feliciano Lopez in the opening match of the Paris Masters tournament.

Talking on his landmark victory, the Spaniard said that the 1000th win was a great achievement that he will always be proud of. Paris, where the Spaniard earned his 13th Roland Garros title, has indeed proved extremely lucky for him as he defeated his compatriot 4-6, 7-6 (7/5), 6-4.

Nadal was a teenager when he won his first tour-level match in May 2002 by defeating Ramon Delgado in the first round of Mallorca Open.

His winning percentage stands at a solid 83.3% and is one of the best ever in the game’s history. Without such a spectacular winning percentage, a 1000th tour-level win would not have been possible. A closer look at his wins will explain why Nadal is called the King of Clay.

A significant 10% of his total wins have been scripted on the courts of Roland Garros. His win ratio there stands at 100-2, his last one on clay being his 13th French Open title, which reinforces his reputation as the King of Roland Garros.

In the Grand Slam section of his career, his winning percentage is 88%. In the Masters title list, Nadal is only second to world no.1 Djokovic who has a total of 36 Masters title.

As he celebrated his 1000th ATP tour win, the Spaniard acknowledged that the 1000th win was also an indication that he had been playing for a long time and was getting older.

The tennis star turned retrospective on the eve of his 1000th win and dedicated the memorable moment to his passion for the game of tennis that inspired him to go on playing despite his body facing many injuries over the course of his long career. He also acknowledged the role of humility in keeping him grounded during the highs and lows of his career.