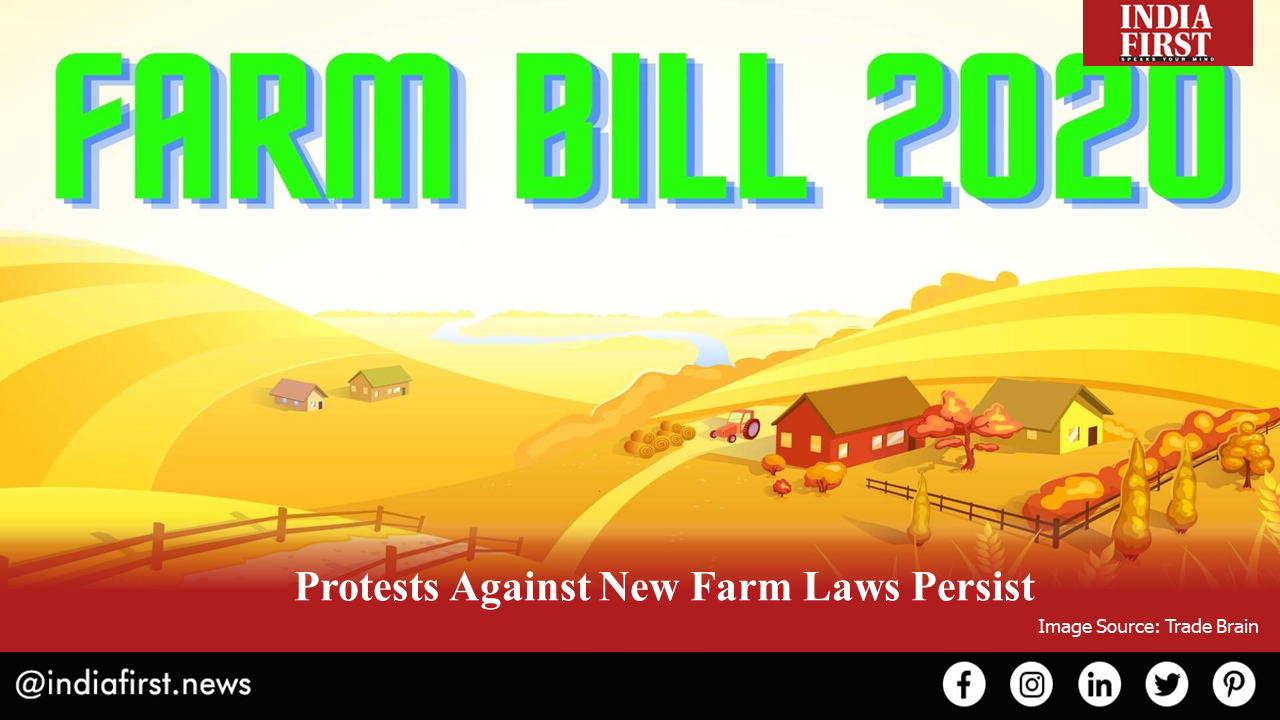 Even after the farm bills have been long passed by the Parliament and become Acts, many states of the country continue to protest them. While many political pundits say that these protests are part of an Opposition agenda to discredit the central government in the non-BJP states of the country, the strongest resistance has come from Punjab and Haryana, where BJP’s ally SAD has actively spearheaded agitation against the new farm laws.

Ironically, most of the protestors are farmers, the community the laws are meant to benefit most. Also ironic is the fact that the epicentre of the nationwide protest against those laws have been the states of Punjab and Haryana, the majority of whose revenues come from agriculture and agricultural produce.

The farmers of Punjab and Haryana have been holding demonstrations since the last week of September, following the Monsoon session of the Indian Parliament in which the Farm Bills went through the final phases of approvals before becoming Acts. The most prominent voice of dissent was from inside the Narendra Modi government, with SAD Leader Harsimrat Kaur Badal (the only SAD minister in the Modi Cabinet) resigning from her post in support of the farmers of Punjab.

The farmers of Punjab carried out a Rail Roko protest in the state since September this year, with 30 farmers associations participating in it and farmers from remote rural areas joining in. The Rail Roko movement went on for more than a month, significantly affecting mobility and economic activity of the state. Following those and the farming community’s protests, the farmers of Punjab have gone on Chakka Jam protests from November 4 this year. Thirty farmer organizations are participating in the recent protests across 100 locations of the state.

Chakka Jam is a protest stemming from a nationwide call of the All India Kisan Sangharsh Coordination Committee, with participation of 250 farmers’ associations opposing the farm laws.

The protesters have not only protested against the new laws, but also affected the movement of goods trains’ movement in Punjab. While the Chakka Jam will be in effect on the national and state highways, the protesters will not force the small shops and businesses around the nation to shut down.

The Rail Roko movement brought the state’s economy to a standstill. While the farmers are claiming that the railway tracks are now free of protesters, the railway officials state otherwise, claiming a few tracks are still blocked by the protesters.

The protesters are planning to take the protests to the centre’s doorstep with their Delhi Chalo movement, which has got its approval from the Centre and the Delhi government and is awaiting clearance from the Delhi Police. The Delhi Chalo protests are going to be organized at the Ramlila Maidan between November 26 and November 28 this year.

The farmers’ protests against the Farm Laws is one of the biggest organized protest of the Indian farming community in recent times. Just how significant their outcome will be, though, is yet to be seen.