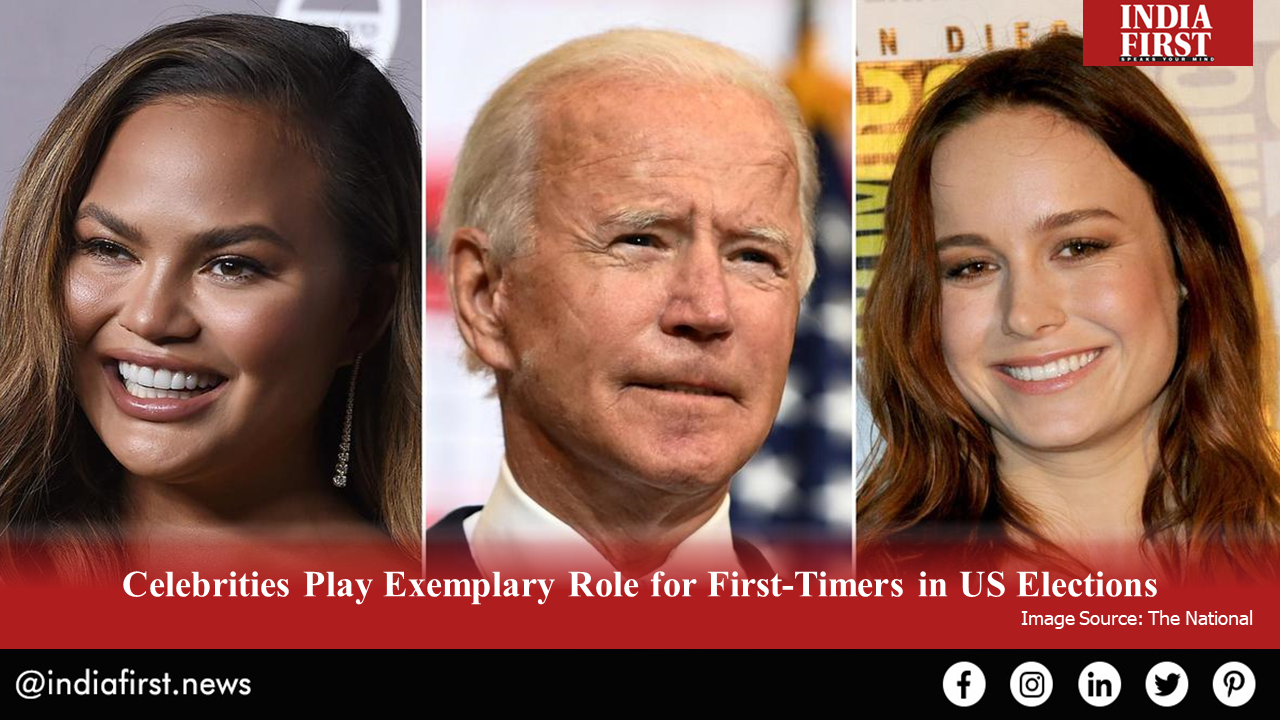 The US presidential elections saw a lot of first-time voters and among them were many celebrities as well. Out of the many celebrities encouraging other citizens to vote, there were those who were voting for the first time and had recently been declared American citizens. Among the celebrities who voted for the first time this elections, rapper Snoop Dogg, boxer Mike Tyson, Internet darling Noah Centineo, singer Selena Gomez were some prominent names.

While Snoop Dogg and Tyson felt that they could not legally vote till this year, some of the stars like Queer Eye’s Tan France became an American citizen only recently, gaining the right to vote in the recently concluded US Presidential elections of 2020.

Singer and entrepreneur Kanye West shared photos of himself voting from Wyoming. The singer reportedly voted for himself by writing his own name on the ballot paper.

In a first, 28-year-old Gomez took to a virtual event to admit that 2020 was the first time she decided to exercise her right to vote as a US citizen. She had shared with her followers earlier this year that her decision as an active voter mattered in deciding the future of the country. After voting, the singer urged her fans to vote, and participate even though it was through the method of mail in ballot, introduced for the first time in the elections keeping the restrictions of COVID-19 safety in view.

Deadpool star and Free Guy lead Ryan Reynolds also opened up about the experience of voting for the first time. He went on to say that his actress wife Blake Lively was instrumental in his becoming a first-time voter and helped him with the whole voting process.

Bella Hadid, daughter of model and fashion mentor Yolanda Hadid, shared pictures of her and her mother going out to vote and revealed to her fans that Yolanda had only recently been declared a US citizen. She added that she was excited to be part of the electoral race as a voter for the first time.

Centineo, the young sensation of “To All the Boys I loved before” fame also took to his official Instagram to post a selfie after voting, sharing his first-time experience with his fans.

Among the first-time celebrity voters was the 19-year-old daughter of power couple Mark Consuelos and Kelly Ripa, Lola, who voted early. Always the proud mommy, Kelly shared a picture of her children with an “I voted early” sticker.

Rapper Snoop Dogg who had some felonies to his name in the criminal record, was previously under the impression that people with an existing criminal record could not vote legally. With his misconception out of the way and his criminal record expunged, Dogg exercised his legal right to vote for the first time. He was also active in motivating people towards voting in the presidential elections in a partnership with the Obey foundation.

Given that majority of US population voted this time and gave Presidential-elect Joe Biden a huge margin of winning votes, the celebrities’ active contribution to the US Presidential elections must be applauded as they not only motivated their fans to vote but set an example in front of the fans by voting themselves.