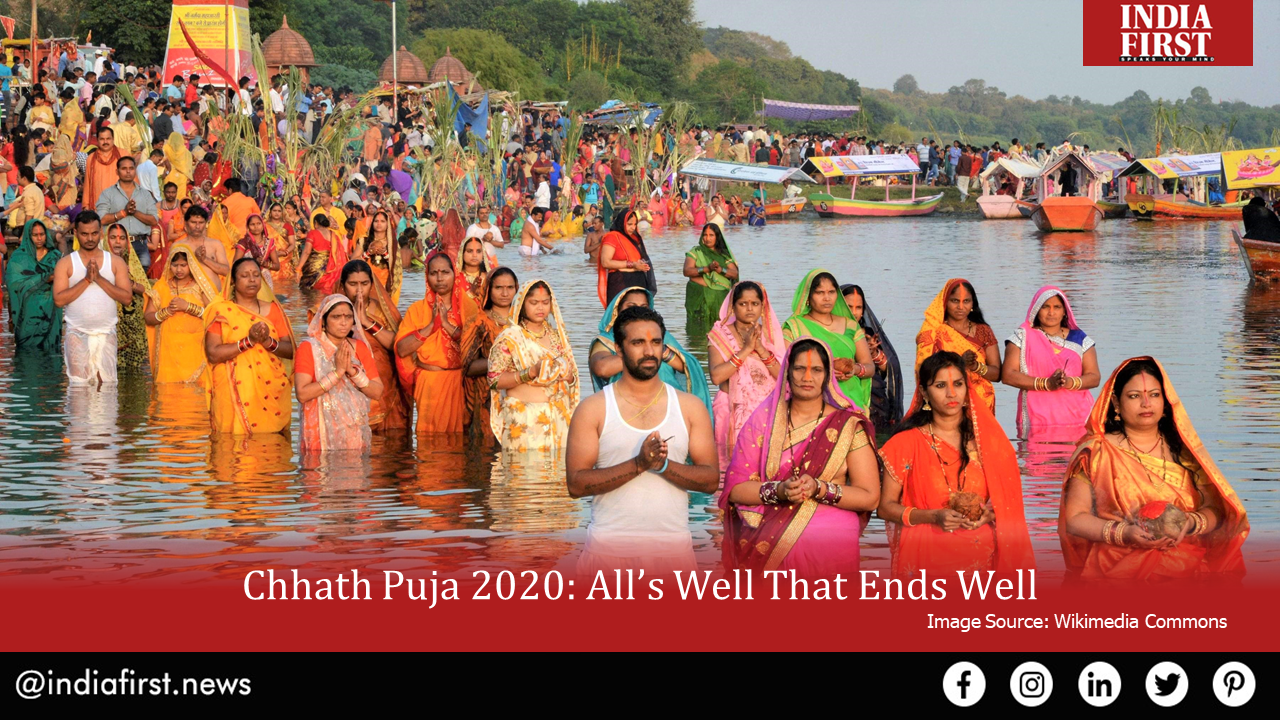 In a post-COVID world where rituals and events have changed in their scale of organization and manner of celebration, keeping in view the precautionary measures against the persistent threat of the virus, community worshipping and rituals have taken a backseat with governments banning public gatherings and crowds during the Pujas.

The Chhath Puja, a ritual of worship dedicated to the sun god and ‘Chhathi Maiya’, is celebrated by people of eastern India in the auspicious month of Kartika. During this ritual, the people of Bihar and Jharkhand offer their gratitude for a good harvest to the sun god. As the sun is seen as the primary source of energy and is regarded as one of the oldest gods according to the scriptures, the Chhath Puja rituals are thought to be very ancient, dating back to the earliest civilizations of the country.

The Chhath Puja is, therefore, seen as one of the most important festivals in eastern India. As the Chatth Puja needs to be held by the river banks and usually leads to massive gatherings of families, the governments of Bihar, Jharkhand were trying to figure out a way to avoid these public gatherings while holding the rituals peacefully in the eastern states.

As the community festival is held on the banks of rivers, reservoirs, public ponds and other waterbodies, crowds around these places could have been a factor in catalysing the spread of COVID-19 in the states.

Keeping the risk involved in the organization of community festivals in view, the Jharkhand Government had banned the community rituals of Chhath Puja that include bathing in waterbodies and offering prayers to the sun god on the river or reservoir banks. Usually, the local urban authorities make arrangements for the crowds of people who come to the banks of various public reservoirs and ponds to hold the Puja, but the government of Jharkhand had earlier stopped the authorities from making any further arrangements for the Chatth Puja that was held on November 20-21.

By the time the orders were issued, the Ranchi Municipal Corporation had been cleaning the ghats of public water bodies. Then, the Jharkhand government took back its ban order after some BJP members protested against it on the banks of reservoirs and public water bodies. The protesters resorted to standing in water bodies for long hours to demand an end to the ban. Thanks to the protests, the decision to lift the ban issued by the disaster management department of the state was taken.

The chief minister revised the ban so as not to hurt public sentiment linked to the rituals of Chhath Puja. Then he ordered the municipal corporation authorities of various urban areas to ensure that the waterbodies were clean and ready for the rituals by November 20 so the celebrations could be held without any hitch or public safety risks.