Gary Kirsten: The Best Coach Team India Has Ever Had | India First e Newspaper Skip to navigation Skip to content 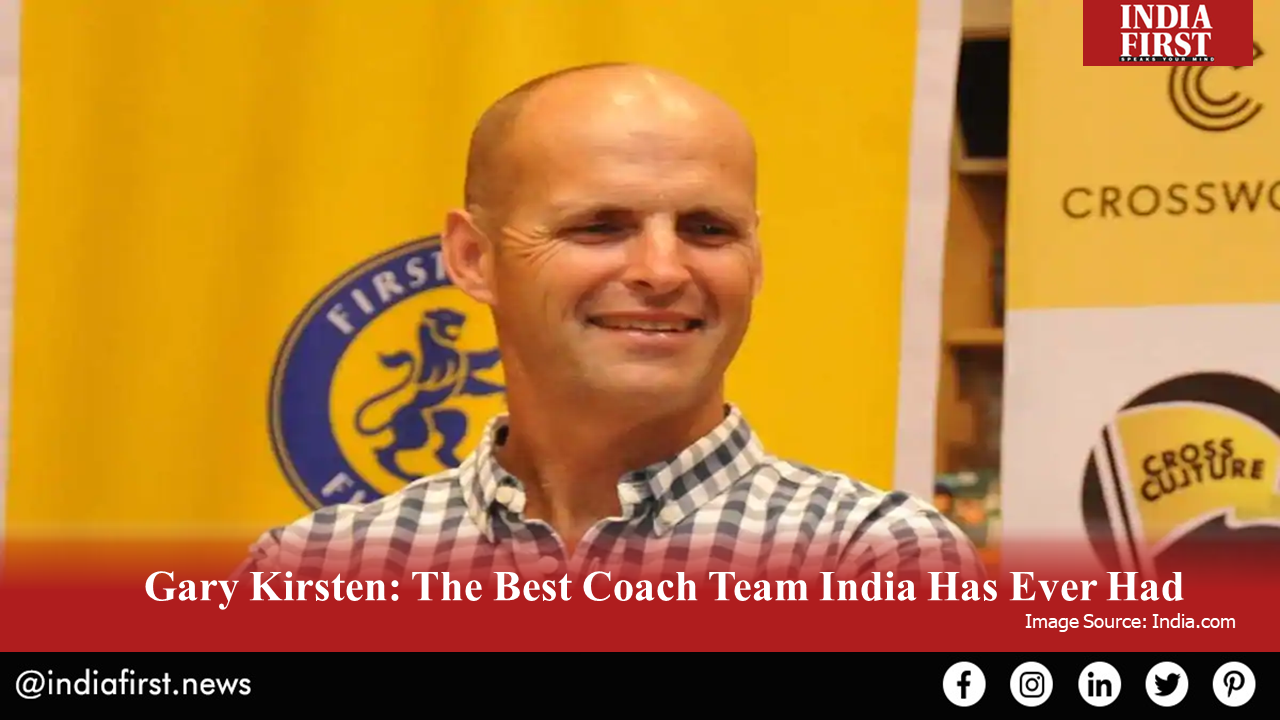 When Team India won its second World Cup on April 2, 2011, the whole team was elated. The feeling of winning the World Cup at home, at the famous Wankhede Stadium, was ecstatic. This euphoria was shared by people across the nation whose hearts beat as one with pride and patriotism.

As a coach, Kirsten was a breath of fresh air for Team India after what could be called its nightmarish years under previous coach Greg Chapell. While Chapell was often at loggerheads with senior members of the team, Kirsten brought the team together and infused a newfound confidence in the players which eventually helped India win World Cup 2011.

What many do not know is that Kirsten did not take the offer of coaching Team India seriously when it was first offered to him in 2007 by Sunil Gavaskar. He answered only after ignoring the initial mail because he thought it to be a hoax and believed that the BCCI selectors must have mistakenly contacted him. But as fate would have it, he was not only hired in the first seven minutes of his interview with the panel but proved to be the right man to coach the Indian cricket team and take them to their historic achievement.

Kirsten did not have any prior experience of coaching a team and when he went for the interview, it was a laughing matter for him as well as other players who knew him. But he walked out of the interview as India’s head coach and rest is history. The man coached India in what could be called the golden years of the team, leading them to the top of test rankings, followed by ODI rankings and an ODI World Cup after a gap of 28 years.

It took seven minutes for the selection panel to write Kirsten’s name on the coaching contract but it took a year for him to become a part of the most popular cricket team of the world. Once he built that trust and partnership with the players, he became the best coach they had played under.

Kirsten had the ability to bring out the best in every player and thus built the best team for World Cup 2011. Now he is rightfully seen as the most successful head coach ever for Team India.

As he recently turned 53, wishes flooded the internet with the 2011 World Cup-winning team members leading the birthday parade for Kirsten. From Yuvraj Singh to Suresh Raina, many former and current cricketers of the Indian team expressed their love for a coach who was not from India, but was most certainly for India.