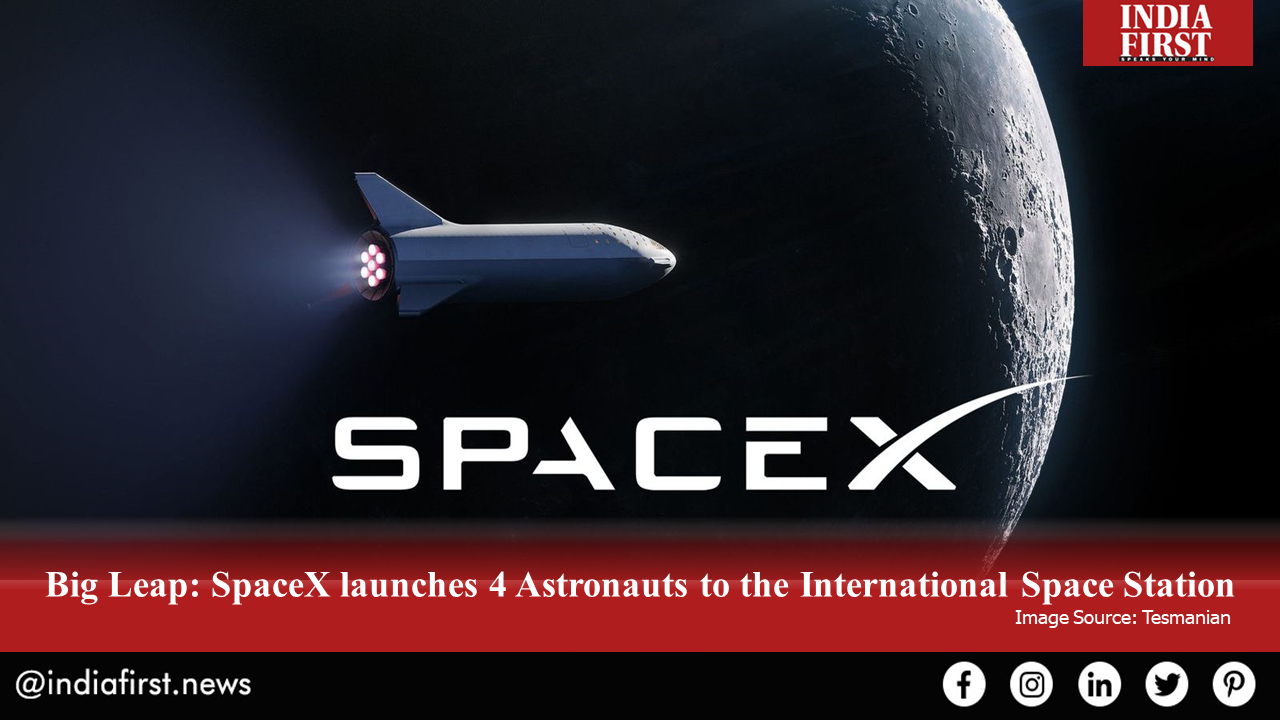 Taking a new step in the field of space research and exploration, SpaceX launched in collaboration with NASA four astronauts into space aboard a Tesla-manufactured space shuttle. This was the first full-fledged mission to be undertaken in privately owned vehicle. The exploration mission has taken Crew Dragon Resilience Team aboard the Falcon 9 space vehicle. The team includes Mike Hopkins (a US Air Force colonel), Shannon Walker (physicist), Victor Glover (a rookie astronaut) and Soichi Noguchi (a Japanese astronaut).

Ahead of launch, the astronauts’ families came to the Kennedy Space Centre to wave goodbyes and wishing them luck on their historic space mission. The mission was launched under the joint supervision of NASA administrator Jim Bridenstine and SpaceX President Gwynne Shotwell in the absence of Tesla Inc’s Chief Executive Officer and innovator Elon Musk.

The capsule that has taken the astronauts to space has been named Resilience in order to symbolise humankind’s relentless quest for progress despite the challenges of the COVID-19 pandemic.

The lift-off of the Resilience shuttle occurred at Cape Canaveral and was successful after many tests and trials that were undertaken by NASA and SpaceX to ensure that the first manned space mission in a privately owned vehicle is a success. The space flight reached the International Space Station on November 16 and the astronauts are expected to stay at the ISS until spring next year.

The success of the first privately owned taxi flight to space has given hope to NASA for its plans of starting operational flights to the International Space Station through which astronauts will be able to take flights to space in a very short amount of time. With this initiative, the space will no more be alien to people and the world will be able to make long strides in the field of space exploration.

Giving the public access to the inside images of the 27 and half hours of space flight, SpaceX transmitted images from inside the Dragon capsule that showed the crew of the Resilience on their seats, doing just fine on the capsule. US President-Elect Joe Biden responded to the historic mission by hailing the mission as a testament to the power of science and the power of human ingenuity and determination.

The Falcon 9 rocket, designed by Tesla Inc., is the first spacecraft to be certified by NASA after the Space Shuttle program of NASA 40 years ago.  The Space Shuttle Program was shelved by NASA in 2011 after it was deemed unsafe and unaffordable for space travel. NASA collaborated with SpaceX and Boeing for designing space shuttles after this and the Falcon 9 emerged as the first privately designed and owned space shuttle to be launched into space.

Following the successful completion of the Resilience’s maiden space flight, SpaceX is planning to launch two more crewed flights next year for NASA.