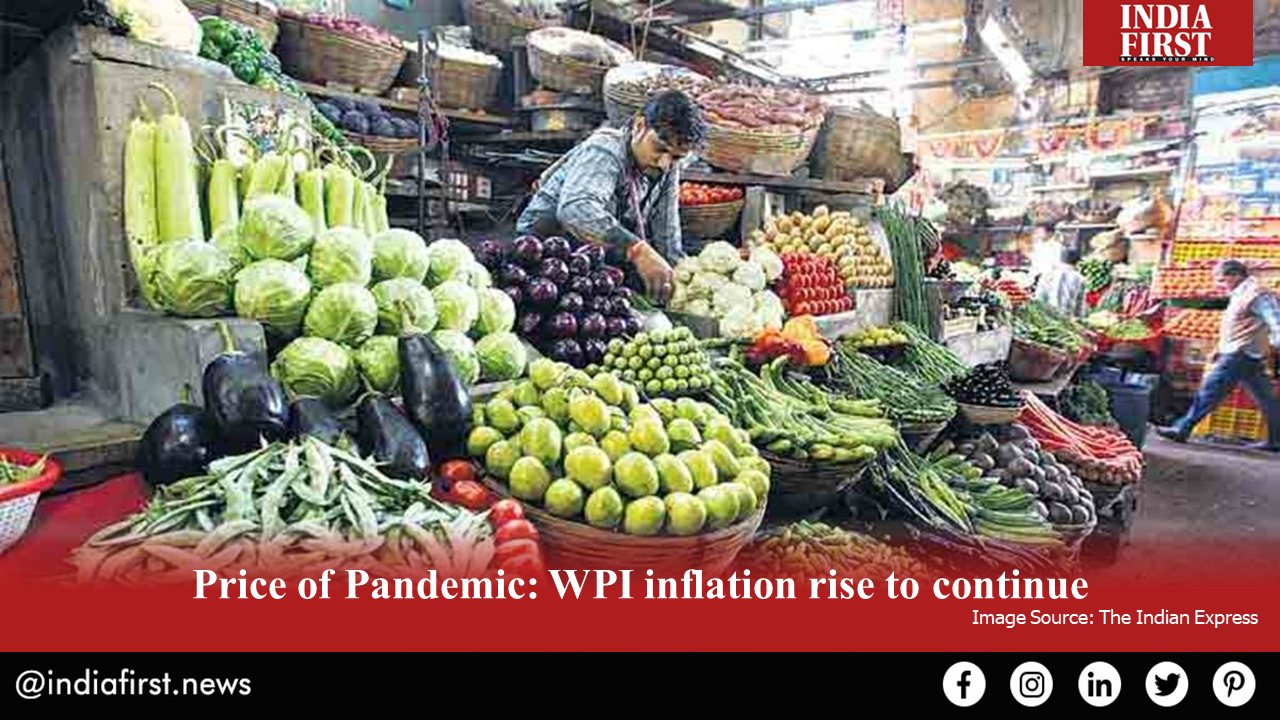 Over the past three months, India has seen an unprecedented rise in the wholesale prices of food and other essentials, especially fruits and vegetables, giving rise to a trend of Wholesale Price Index inflation. The Indian market has been seeing trends of inflation since August and the phenomenon has continued at least until October. Last month, the WPI was at a 1.48 per cent, which was the highest since February this year when the WPI was 2.2 per cent. Inflation is seen in an unstable market when supply is unable to meet demand.

The post-pandemic market is seeing an inflation due to the delay in supply, especially in the horticultural sector. As imports from other countries have suffered and mobility of agricultural produce has been impeded over the best part of this year, the available produce in the market is seeing a higher price than before. Shopkeepers who had suffered losses during the lockdown are trying to recover from their setbacks and thus have increased the prices of their stock. Farmers in different regions of the country, such as Maharashtra, have held on to their stock over the past few months while their states suffered floods. Their hope to see better prices has affected supply to the wholesale market and a subsequent WPI increase.

In September, the WPI inflation was 1.32%, significantly higher than the 0.33% during the same month last year. In August, the WPI inflation went up to 0.16% because of post-pandemic increase in the price of manufactured products and goods. This was because, from March-end onwards – when the lockdown was announced –  manufacturing units had shut down their production abruptly.

During the lockdown, demand for manufactured products hit a low due to the limited needs of the population. And the post-pandemic market saw an unprecedented surge of demand which could not be met by the manufactured goods in stock as manufacturing units had not been fully functional for quite some time and supply was only recovering.

A steady supply of essential goods and manufactured goods will take some more months to be restored as production units are still not at their full capacity of production. Another reason that the manufacturing sector is still facing a low and fuelling a subsequent inflation for the last quarter is because its workforce is in a dwindled state. With most of the production units working at half of their workforce capacity either due to COVID-19 regulations or financial weakness following the lockdown, the production efficiency and supply of manufactured goods has been negatively affected.

The agriculture sector is also set to suffer supply shortage in the coming months with the farmers around the country protesting against the new farm laws. The effect of the protests has been strongest on the agricultural states of Punjab and Haryana and the farmers are looking at a shortage of fertilizers during the Rabi season. Keeping this in view, the Indian market is going to see a shortage of grains, especially wheat, in coming months and the inflation is not expected to ease out anytime soon.