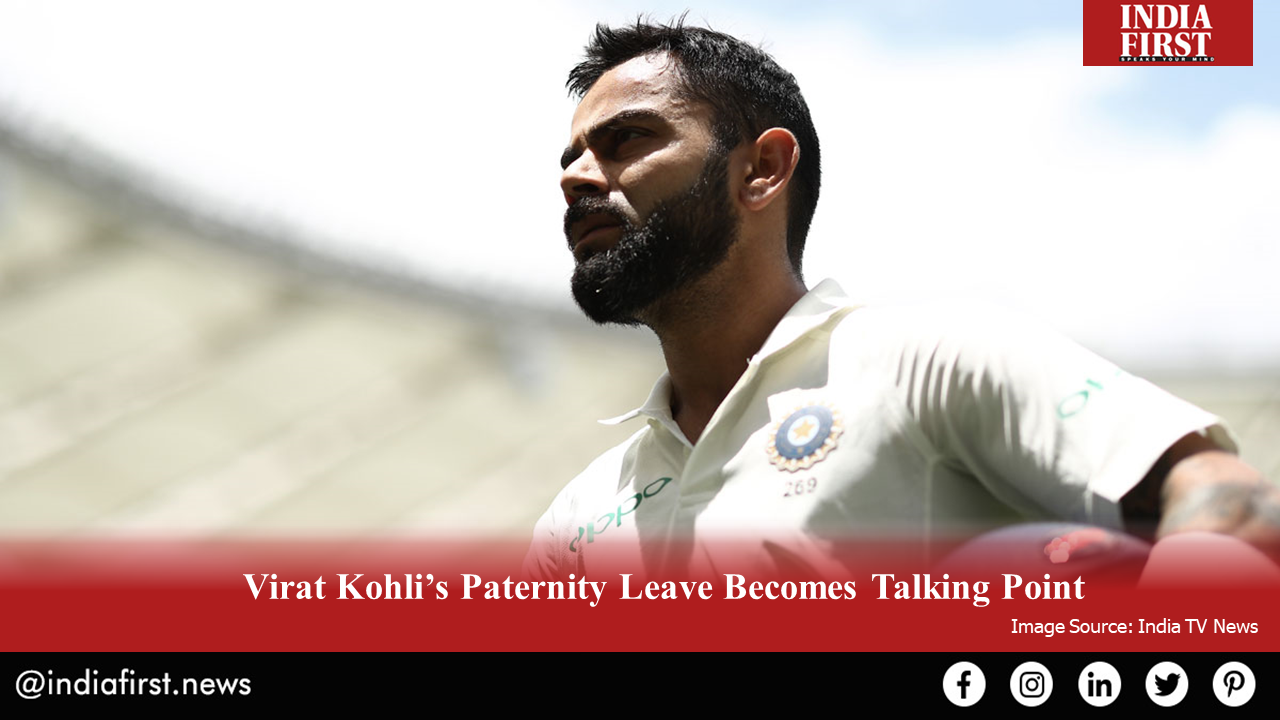 There was a time when only women were expected to take care of a newborn child. The fact that workplaces only had maternity leaves and no paternity ones represented this social disparity. This trend persists even today, but workplaces are slowly appreciating the idea of paternity and the role that men have – or as supposed to have – in taking care of their partners and babies. Gender equality is gaining currency as paternity leaves are slowly becoming norms at workplaces and it is not unusual or surprising for new fathers to take off for some weeks to be by the side of their nursing partners and infants.

Virat Kohli, the current cricket captain of Indian team, is going to be a father soon and he is going to be on paternity leave for a few weeks. During the upcoming Test series between India and Australia, scheduled to be held Down Under, he will be on leave for most of the series. Kohli is expecting his first child with wife and actress Anushka Sharma. As the due date is in January, Virat will be missing out on the first three tests of the four-test series to be held between Australia and India during the December-January period.

The batting ace has been congratulated heartily by well wishers and seniors within the Indian cricket community, and his decision to be at home for his wife and child is understood and respected. However, given that his predecessor had set an example by calling the captaincy of Team India a “national duty” – one that comes before even an occasion such as the birth of one’s first child – Kohli’s decision to skip some matches in the Australia tour (the Indian team’s first series after the pandemic) did face some sarcasm and scrutiny from observers and insiders.

While former cricketers and veteran experts such as Sunil Gavaskar and Kapil Dev expressed happiness that the Indian cricket captain is going to experience fatherhood for the first time, they also recalled a time when paternity leaves were out of the question for cricket players and players had to sometimes wait for months to get the first glimpse of their child.

Kapil Dev recalled that in yesteryears players were not allowed to leave a match or a series to be with their newborn. Players were expected to stay on the crease, and that is what they did. Kohli is a superb batsman and captain and his dedication to the sport of cricket was reflected in his return to play just after his father’s death. On this occasion, the novelty and emotion of becoming a father for the first time is understood and Kohli’s commitment to familial duties is appreciated by former cricketers as much as fans.
Gavaskar, who had to stay away from home due to cricketing responsibilities and only saw his baby after months of touring, said Virat’s absence might just inspire the Indian team to perform better and play to their maximum ability and his paternity leave is not a thing that deserves criticism.