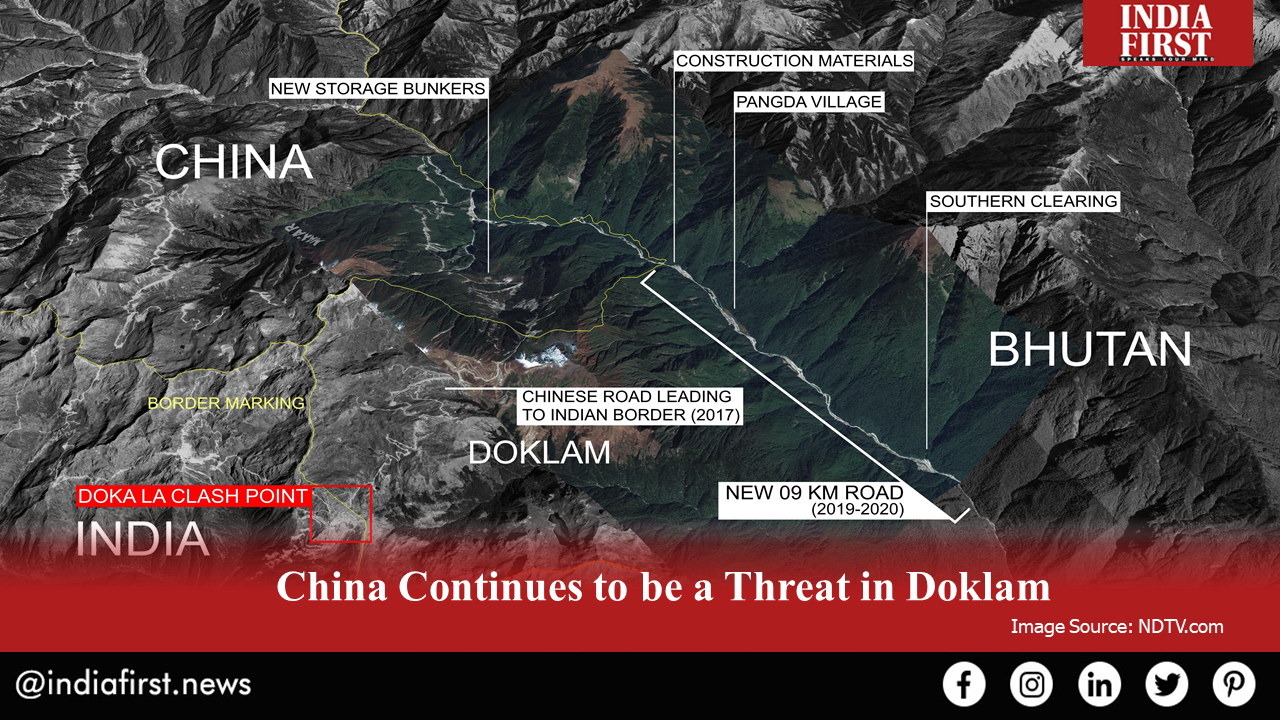 While the 2017 Doklam standoff between India and China was resolved the subsequent year after the heads of the two countries met each other in Wuhan in April 2018, new images from the Doklam standoff site and its nearby areas point to the persistent Chinese threat there.

These new images reveal that Chinese forces have not only developed a village within the disputed Doklam territory, but also constructed a 9-kilometre-long road across the eastern Bhutanese territory under China’s expansionist plans. It is anticipated that this road will be instrumental in giving Chinese forces access to the Zompelri ridge, the space that was the point of contention during the 2017 conflict.

In 2017, the Chinese Army had tried to access the ridge by constructing roads via the Indian Army post near the border of Sikkim and Doka la. This had resulted in the rise of conflict between the Chinese and the Indians because of the trespassing of Chinese army into the Indian territory.

The Indian Army had actively dissuaded the Chinese from their efforts of constructing the roads connecting them to Zompelri Ridge because it would have given the Chinese access to the sensitive and important strip of land – known as the Chicken’s Neck – as it connects the north eastern India to the rest of the country. China has been known to lay claim on parts of the northeast, such as much of Arunachal Pradesh. The Doklam plateau ridge would have helped the Chinese monitor and sneak into a strategically important territory of India.

Even though India breathed a sigh of relief in the Doklam issue with the Chinese troops backtracking from the contested area, the Chinese have merely shifted their focus. They are still developing military infrastructure near the China Bhutan border just few kilometres away from the conflict zone.

Despite the country’s heads reaching a mutual understanding to resolve the differences between their armies in the Doklam area, the Chinese have played around with the terms of resolution and not given up monitoring and interfering in the northeastern frontiers of India. China has been changing the landscape of the Doklam village and even though the changes are minor ones at present, there are clear evidences of Chinese military activity and building of permanent infrastructure in the village. This is not good news for India as it is a clear violation of the understanding between the two countries.