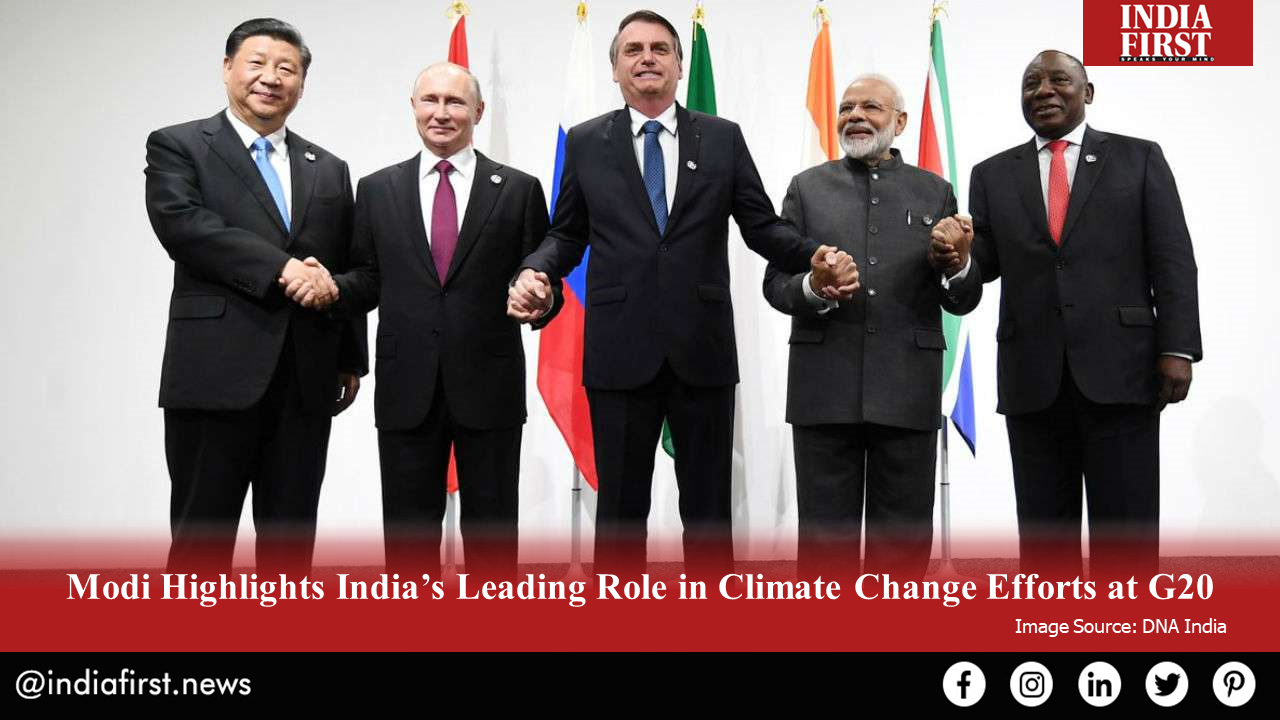 Leading the discussion on climate change and reducing greenhouse gas emissions in the world at the G20 summit, Prime Minister Narendra Modi has sent a big message to world leaders on the topic of meeting the guidelines of the Paris Agreement on Climate Change.

Noting the steps India has taken to reduce global warming and mitigate the effects of climate change, Prime Minister Modi pointed out that his nation not only followed the guidelines of the Paris Agreement made in 2016 but also exceeded the targets set in it.

He stated that India has taken many positive steps towards mitigating climate change and leading the world in creating an eco-friendly planet. The Indian government has indeed do so. For instance, it has facilitated use of LED lights in the different areas of the country to reduce carbon footprints and make better use of energy.

The Indian government has introduced emission-free gas stove setups under the Ujjwala Yojana to help move its rural population from soot-emitting traditional woodstoves. The Ujjwala Yojana has not only improved the health of women and living standards of the rural population, but also reduced carbon emissions in rural India. The introduction of biogas plants and their use in everyday cooking in rural and semi-urban India has also led to a reduction in waste production and methane gas emissions. With its reach widened to 80 million households in the country, the Ujjwala drive has become one of world’s leading clean energy drives in the recent past.

The Prime Minister also stated in his address that while India has been trying to fight against COVID-19 and protect it people with all its power, it remains as committed as ever to slowing down and reversing climate change.

Talking about his vision for safeguarding the planet against the harmful and devastating impact of climate change, Prime Minster Modi put stress on nations worldwide fighting climate change together in a holistic way.

He underlined his government’s commitment to the cause by talking about implementation of eco-friendly practices in public, industrial and domestic sectors of the country. The Prime Minister also shared India’s plans to restore 26 million hectares of degraded land by 2030 to reduce land pollution and restore the fertility and cultivating potential of its soil.

India can be proud of leading the way for the rest of the world in its climate change efforts.