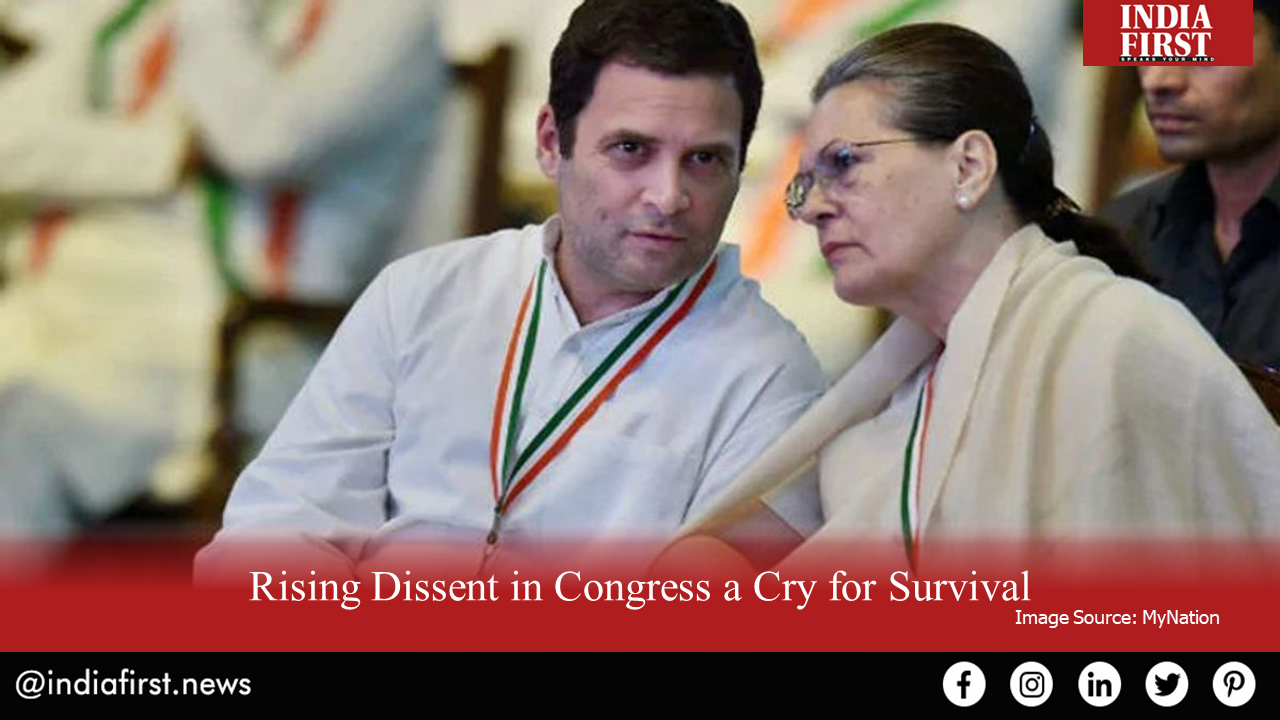 The Congress is again facing a period of introspection in its search for reforms. Ailing under an old and outdated system and organisational culture, its once-strong roots are rotting today. The loyal leaders of Congress are now revolting against the existing leadership and asking for reforms within the party.

The Congress is indeed in need of serious reforms. While sycophants had previously ignored this pressing need for many years, it can no longer be avoided as the question of the grand old party’s survival hangs on it. The Congress has been struggling to stay relevant as it continues to lose electoral ground across the country. In the recently concluded Bihar elections, Congress performed poorly and failed to be part of the new Bihar government despite being part of an alliance with the regional parties of Bihar.

Many Congress leaders have finally spoken up for the need to revamp the top brass of the party. The strongest and earliest voice of dissent came from the veteran leader and former Union Minister Kapil Sibal, who strongly asked the party to stop dwelling over the defeat and take action to turn around the party’s fortunes.

Sibal has demanded that experienced leaders come together to save the party from its downward spiral. He recently rued the absence of meaningful or organised discussion on the Congress’s defeat and the party’s tendency to ignore its own failures.

Sibal’s call for introspection and a partywide reform was supported by other leaders such as Karti Chidambaram. Others have not been as vocal as Sibal but they have reiterated that the party needs to reform itself to stay strong. Congress leader P Chidambaram has given an analysis of the Bihar results and told that the Congress overestimated its prowess in the eastern state and committed a grave mistake by contesting more seats than it should have taken from the alliance. The former union minister said that it was high time for the Congress to do some serious introspection and boost its organizational presence in the grassroots of regional political strongholds.

Congress leader Ghulam Nabi Azad also came out to speak against the outdated structural framework of the party. The senior leader has criticized the five-star culture that has become the norm of the party. In his comments on the need for reforms, he accused the close aides of Sonia and Rahul Gandhi of sycophancy and noted that a lobby culture had taken root in the party instead of a transparent system where decisions and mistakes were reviewed for improvement.

Given the widespread dissent within, the declining grand old party should either take some tough decisions needed for a revival or risk oblivion.