Privatization of Banks Under Way, But with Due Caution | India First e Newspaper Skip to navigation Skip to content 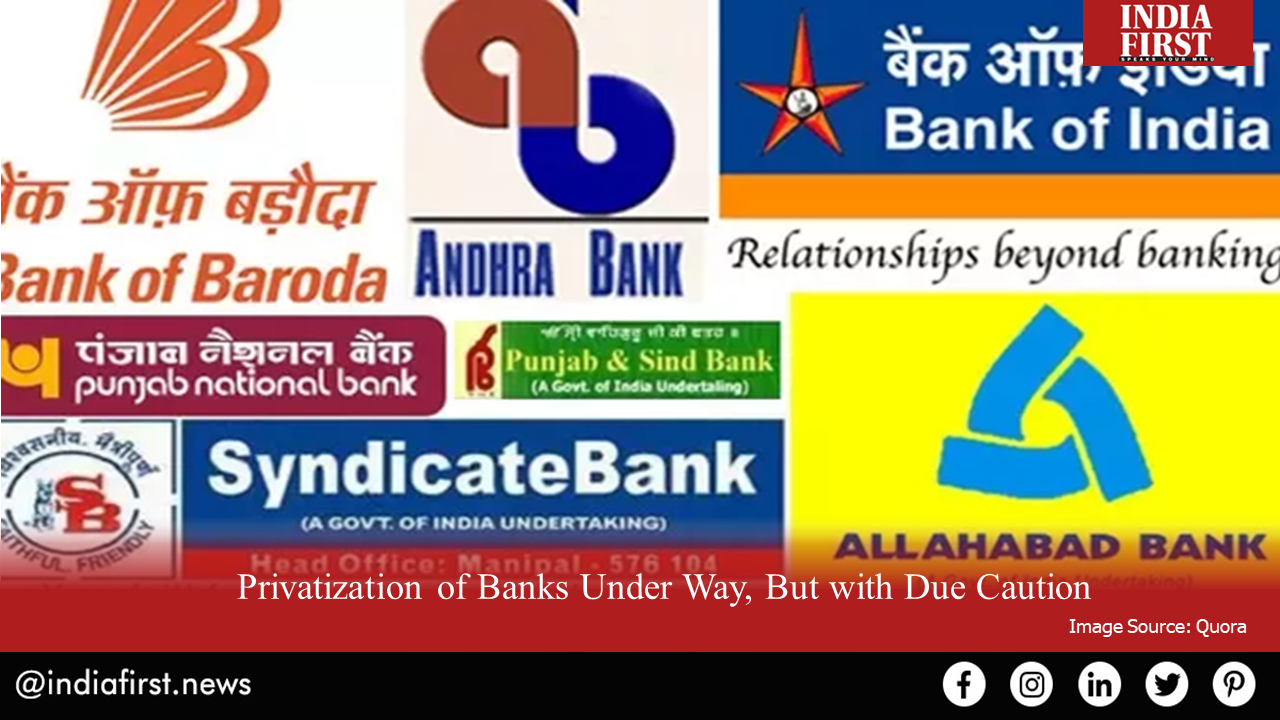 RBI officials have said that although the central bank is developing a system to privatise banks, it will be doing so with abundant caution and employ a number of measures to ensure that public banks do not end up being the victim of misuse by industrial houses.

In a never-seen-before move, the RBI has announced that corporate houses can now set up payments bank. It has also allowed corporate houses to establish new private sector banks on the scale of HDFC Bank and Axis Bank.

The Tatas, Birlas, and other big corporate houses have already acquired banking licenses and are going to enter the public-private domain of banking soon. Industry giants such as Reliance Industries, and Tech Mahindra have also applied for banking licenses and will soon be setting up payments banks for customers. This move will allow the most successful business groups of the country to set up their own banks and help them further expand their empires.

As a rule, business houses that have a less than 60% turnover from nonperforming assets cannot apply for banking license. This is because the lack of turnover may translate into a higher risk in allowing such industrial groups to create and run such financial institutions.

Corporate houses to be considered for banking licenses are going to be scrutinized very closely and only those that have a 10-year business plan will be allowed to set up fully fledged private banks. The RBI is also going to introduce a set of strict regulations regarding third-party payments to ensure that the corporate chains that will be running banking institutions are financially stable and do not engage in fraudulent or money-laundering acts.

The RBI is also mulling over letting foreign banks set up subsidiaries in the country and buy stakes in public sector banks, which want to secure new streams of investments. Through these investments, the RBI aims at battling the increasing rate of bad loans and bankruptcy seen in many banks such as Yes Bank and Lakshmi Vilas Bank. The Yes Bank was rescued from bankruptcy through RBI’s intervention and Lakshmi Vilas bank got new investments from the Indian arm of foreign bank DBS. The decision to privatise banks and welcome foreign investments to the state-owned banks will raise the standards of Indian banks to world-class levels and inspire a healthy amount of competition in the existing banking sector.