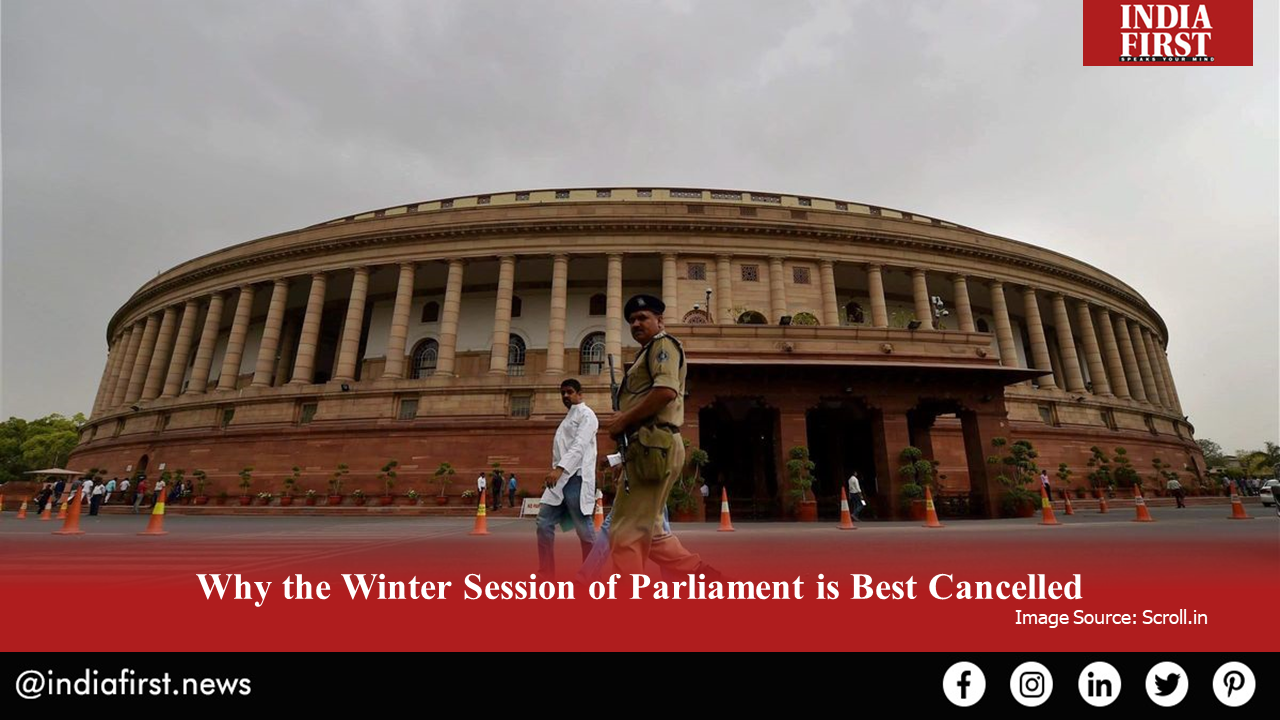 Amid a third wave of COVID-19 pandemic, the Indian Parliament will finally break tradition and not hold a winter session this year. After a highly productive monsoon session in September this year, the Parliament was speculating on reopening for the winter session last month. However, a deadly third wave of COVID-19 in the capital city and the trend of MPs contracting the virus has forced the Parliament to take a step back from holding a crucial session of the national legislature.

While previously it was thought that the winter session of the Parliament will be held after an announcement from honourable Lok Sabha speaker Om Birla, there was no update from the Cabinet Committee on Parliamentary Affairs till November 28, a week after the speaker’s announcement.

The winter session of Parliament is usually held by late November, but this year is an anomaly with Birla, President Ram Nath Kovind, and Vice President M Venkaiah Naidu participating in constitution day celebrations in Kevadia, Gujarat. It is believed that higher authorities, such as the President and the Vice President, are all in favour of cancelling the official winter session. Instead, they want to club the winter session with the upcoming Budget session next month to mitigate the inconvenience caused by COVID-19 regulations and to keep the Parliament members away from the risks of contracting the deadly virus.

With the Cabinet Committee of Parliamentary Affairs still not convening to take a final call on the commencement date of the winter session, it is believed that the Parliament is not going to reconvene for the winter session as it would need to give a two-week prior notice before the start of the session. This has not yet been done and it is well past the usual deadline for the session.

Now that the session seems cancelled, the Parliament will lose out on the chance to discuss some important current issues of the country such as the farmers’ agitations, declining economic growth rate, and India’s efforts to check the COVID-19 pandemic. The opposition will also lose out on the opportunity to grill the government on the same issues.

It is understood that to avoid any further untowardly happening and to safeguard the health of the country’s politicians, the suspension of the winter session was necessary.