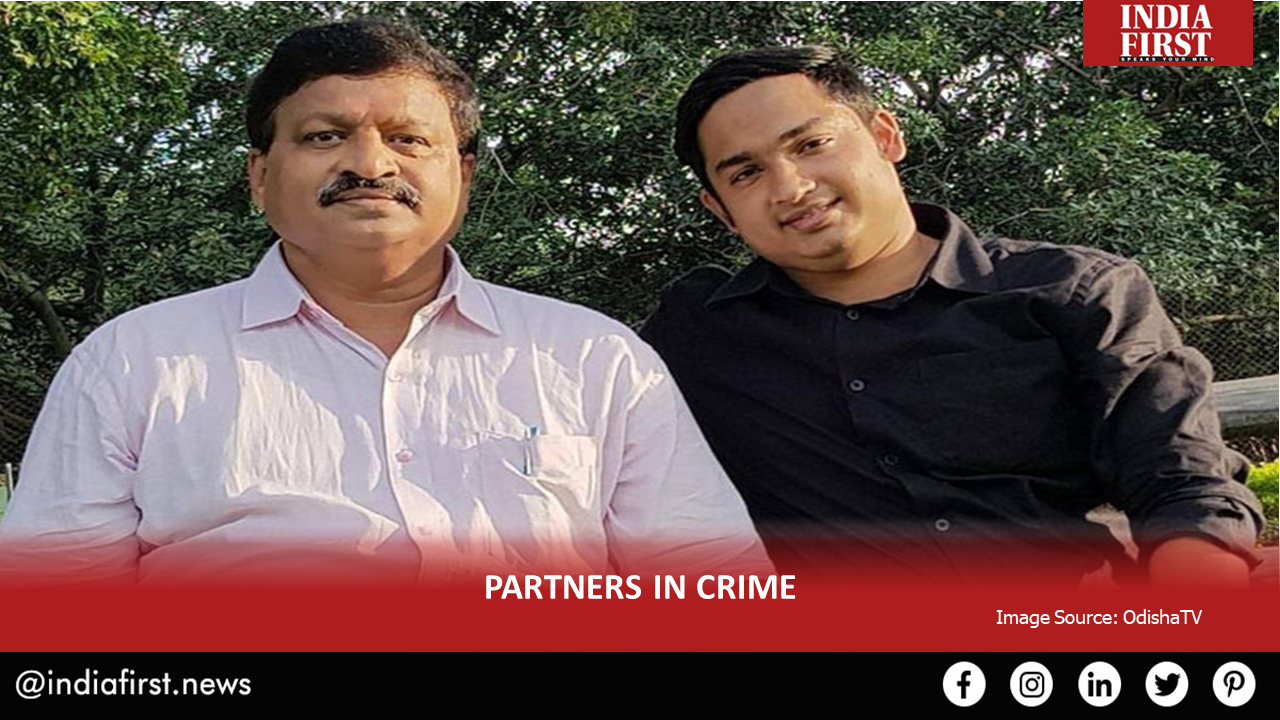 As a suspended bureaucrat, his ‘corporate’ son, and an expelled politico spend time behind bars in a still-unfolding probe, there is an overarching moral to their sordid saga

Greet begets greed, and greed can be blinding.

When news about the arrest of senior Indian Forest Service officer Abhay Kant Pathak and his son Akash Pathak in Odisha broke late last month, many across India were left rubbing their eyes in disbelief. Although India is no stranger to corruption, the sheer scale of charges on which the father-son duo was apprehended was shocking. However, the public was not so perplexed about what the Pathaks had allegedly done as it was about how they ever imagined getting away with it.

The action taken by Odisha Vigilance department in the case was swift, superbly coordinated and sweeping. Soon after the Court of Special Judge, Vigilance, Bhubaneswar, issued the required warrant, officials of the department swung into action and made simultaneous searches nationwide at 13 places: five in Bhubaneswar (including his official residence, office, his apartment and driver’s house), seven in Mumbai and Pune (including his farmhouse, luxury apartments and the residence of his son’s manager), and one (his village house) in Bihar.

Pathak senior was serving as Additional Chief Conservator of Forests (Planning, Programme and Afforestation), a high post but still a modestly paid government job. He did not come from old money either. However, during their two-day raids (November 25-26), the vigilance sleuths recovered some mind-boggling nuggets of information and numbers that simply did not add up in favour of the man.

For starters, the house searches led to recovery of a total of Rs 70 lakh in cash (from his nephew and driver), documents relating to purchase of gold jewellery worth Rs 23 lakh, and 800 grams of gold. Also found were luxury cars such as BMW, Mercedes and Tata Harrier and high-end motorcycles in the name of his son. Then there were bills worth Rs 90 lakh at Hotel Taj Mahal Palace and a booking amount of Rs 20 lakh at the Taj Lake Palace in Udaipur, Rajasthan, made for his son’s then-upcoming wedding ceremony.

Pathak senior was found to have deposited cash worth nearly Rs 9.4 crore in his son’s bank accounts, mostly through ATMs in Bhubaneswar. The most incredibly outrageous finding of the probe was probably the one about him and his family making some 20 trips on chartered planes to different cities across the country during the lockdown at an expenditure of Rs 3 crore.

As per the official statement of the state vigilance department, he was found in possession of disproportionate assets (DA) to the tune of Rs 9.35 crore, a sum well over four times that of his known sources of income.

As for Pathak junior, he has clearly been more than just a passive beneficiary of his father’s lavish lifestyle and unaccounted wealth. Because, apart from those fancy cars and bikes that he has in his name and a staggering 16.05 crore of deposits made into his bank accounts in Bhubaneswar and Pune, he himself faces a very serious accusation: one of falsely claiming to be a managing director of Tata Motors and swindling money from people by promising them jobs at the company. For these reasons, Tata Motors had even filed a complaint against him with the CID in May this year.

Therefore, it was no wonder that he was arrested on November 27 along with his father in the DA case under several sections of the Prevention of Corruption (Amendment) Act, 2018. Interestingly, when produced before a local court, both father and son denied the accusations that they had amassed disproportionate assets.

Pathak senior, who was immediately suspended by the Odisha government after his arrest, claimed that he had no ill-gotten wealth and his son’s were accounted for by the monthly salary of Rs 1 crore that Pathak junior earned. However, the Court of Special Judge, Vigilance, Bhubaneswar, would have none of it and remanded both to judicial custody until December 9 this year.

The canvas of perpetrations in the Pathaks’ case was anticipated to be so wide, involving so many entities and parties and so many deals and documents, that the Odisha Vigilance department formed a 20-member Special Investigation Team (SIT) – including three additional SPs, four deputy SPs, three inspectors, a chartered accountant, a bank expert, and a forensic auditor – to be able to thoroughly probe into all aspects of the case.

And yet that setup was not enough as the alleged money laundering aspect of the case legally necessitated the involvement of the Enforcement Directorate and the Income Tax Department earlier this month.

What made this case even more curious, adding political colour to it, was the Pathaks’ personal links with now-former Biju Janata Dal leader and Gopalpur MLA Pradeep Panigrahi.

After the arrest of the father-son duo, both the BJP and Congress made noise in the State Assembly that Panigrahi and the Pathaks were partners in crime even as media reports quoting victims of the politician’s alleged fraudulent activities began making rounds.

Yet when the BJD expelled him from the party on grounds of “anti-people activities” within 48 hours after the Pathaks were arrested, some had wondered whether Panigrahi was paying a heavy price simply because he was going to give his daughter’s hand in marriage to Pathak junior. The man himself cried foul, claiming there was a big conspiracy behind the BJD’s move against him, as he challenged the party to specify the reasons behind his expulsion. Panigrahi had even reportedly condemned the vigilance raids on the Pathaks and their subsequent arrest.

The BJD soon explained the logic behind its action. Pointing out that Panigrahi was living it up with flights on chartered planes and luxurious accommodations in Mumbai and Pune at a time when the lives and livelihoods of millions of people in Ganjam district were still at risk from the Covid-19 pandemic, the party also alleged that he had been conning his own constituency by promising its youths job through Pathak junior in exchange for money.

Any remaining notions about Panigrahi’s purported victimisation were dispelled soon after Crime Branch officials arrested him earlier this month on multiple charges – under Sections 419, 420, 467, 468, 469, 471, 120-B of the IPC and Section 66C/66D of IT Act – citing adequate prima facie evidence against him.

A press release from the Crime Branch CID following the politico’s arrest made that partner-in-crime angle clear as day: “This case relates to impersonation, cheating, forgery, criminal conspiracy and other cyber offences by Akash Kumar Pathak, who identified himself as in-charge Managing Director of Tata Motors passenger car division.”

With every passing day the investigative agencies have been unearthing more and more evidence against the Pathaks, Panigrahi and his supporters. As statements of the fraud victims begin to pile up, Panigrahi’s cronies – especially those who might have been named for their roles in the scam – are reportedly absconding.

With his bail application rejected by the Subdivisional Judicial Magistrate’s court, Panigrahi is now in jail on judicial custody for 14 days – just like the Pathaks.

On December 4, six days after the state Vigilance Court rejected their bail application and sent them to jail, Pathak senior moved the Odisha High Court seeking the same. As he was presented before the Special Vigilance Court the next day after spending three nights in police remand, Pathak senior too claimed that he and his son were victims of a major conspiracy and could provide sufficient evidence to prove their innocence.

Yet on December 6, sources close to the investigation revealed that while Pathak junior claims having no clue as to why Tata Motors has backed out on him, Pathak senior has admitted to spending well over a total of Rs 1.5 crore on his two children’s education and his daughter’s wedding.

That million-dollar question remains: Just how could educated people of at least reasonable intelligence not foresee the consequences of their actions?

Perhaps, there can only be one answer to that: Greed is indeed blinding.