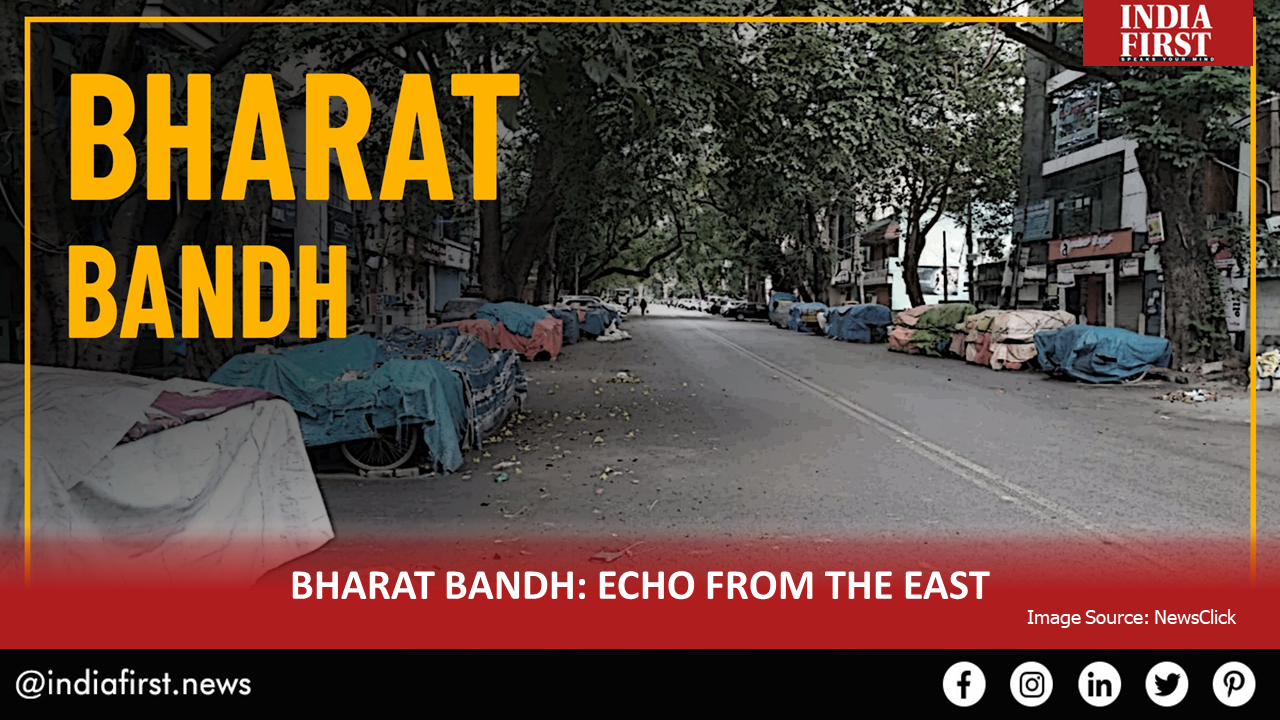 Whether the nationwide shutdown yielded the results that the protesting farmers and their supporters seek is yet unknown, but Odisha’s response to it was unambiguous

Even after the winter sun went down on the eighth day of December in Bhubaneswar, Odisha, there were far fewer commuters than usual on the post-pandemic roads of the state capital. It was not 6pm yet and many were wary of getting out with their cars and two-wheelers lest they find themselves facing a mob supporting the nationwide shutdown (Bharat Bandh), called by farmers and other workers protesting against the Centre’s trio of agricultural reform laws in various parts of the country but particularly along the Delhi-Haryana border.

While Punjab, Haryana and the National Capital Region have been the nerve centre of the farmers’ agitation from the beginning, Odisha has now clearly proven to be one of the states where their protests have resonated most deeply.

Therefore, even though the farmer organisations had called for only a four-hour countrywide shutdown for the day, starting 11am through 3pm, a majority of the Opposition parties in Odisha – led by state units of the Congress party and the Left – had declared a 6am-to-6pm bandh statewide.

Those parties, along with many other trade union bodies and farmer organisations across Odisha, were rather serious about it.

Movement of traffic was severely disrupted on the day as protestors blocked highways and railway tracks, burnt tyres at important squares and junctions, and picketed various transport hubs.

Although the ruling Biju Janata Dal government did not formally support the bandh, it clearly did so in spirit by announcing beforehand that all government offices would remain closed. Two examinations for the Odisha Civil Services, which were scheduled to be held on December 8, were postponed to January 2 in view of the bandh. However, much to its credit, the Naveen Patnaik administration ensured that all essential services, as well as law and order, were not disrupted in all districts of the state.

Yet, with shopping malls, vegetable markets, petrol pumps and most commercial establishments remaining closed for business, vehicles stranded by road blockades, scenes of sit-ins in a number of districts, and most city and town streets wearing a deserted look, Bharat Bandh undeniably had a stronger-than-imagined impact in Odisha.

This was not very dissimilar to the way the day panned out up north.

As transport organisations such as the All India Motor Transport Congress, All India Railwaymen’s Federation and National Federation of Indian Railwaymen supported the farmers’ cause, the shutdown made a huge impact on public and goods transport in various parts of the country, but particularly so in Delhi and the NCR.

Reacting to being held back at the Tikri and Singhu borders of Delhi, the farmers stopped the inflow of traffic into the national capital by closing the Auchandi, Tikri, Jhaorda, and Mangesh borders. Vehicular traffic on the national highways connecting Delhi to other parts of India had also suffered as NH-44 and NH-24 remained closed for the day.

Punjab, home to most of the protesting farmers, naturally saw the strictest shutdown. Congress and Akali Dal workers held fervent rallies and sit-ins in various parts of the state amidst scenes of farmers squatting on railroads and blocking highways with their tractors.

Of the many quarters from where the farmers received support, one of the most notable one was from the banking sector. Led by All India Bank Employees’ Association, bank employees expressed their solidarity for the farmers’ protests in an admirably unique way. Although they worked on the day as part of their commitment to providing essential services to the public, they wore black badges as a mark of their solidarity with the farming community.

Given that the protests, which were held in some 10,000 places across 25 states countrywide (as per some estimates), concluded peacefully and with a meeting between Union Home Minister Amit Shah and representatives of the protesting farmers, the bandh has been widely hailed as a success. But whether that meeting got the two sides any closer to a resolution is yet to be known.

Perhaps the sixth round of talks between the Centre and the farmers, scheduled later today (December 9), will best indicate how much success did the Bharat Bandh really yield for the protestors?