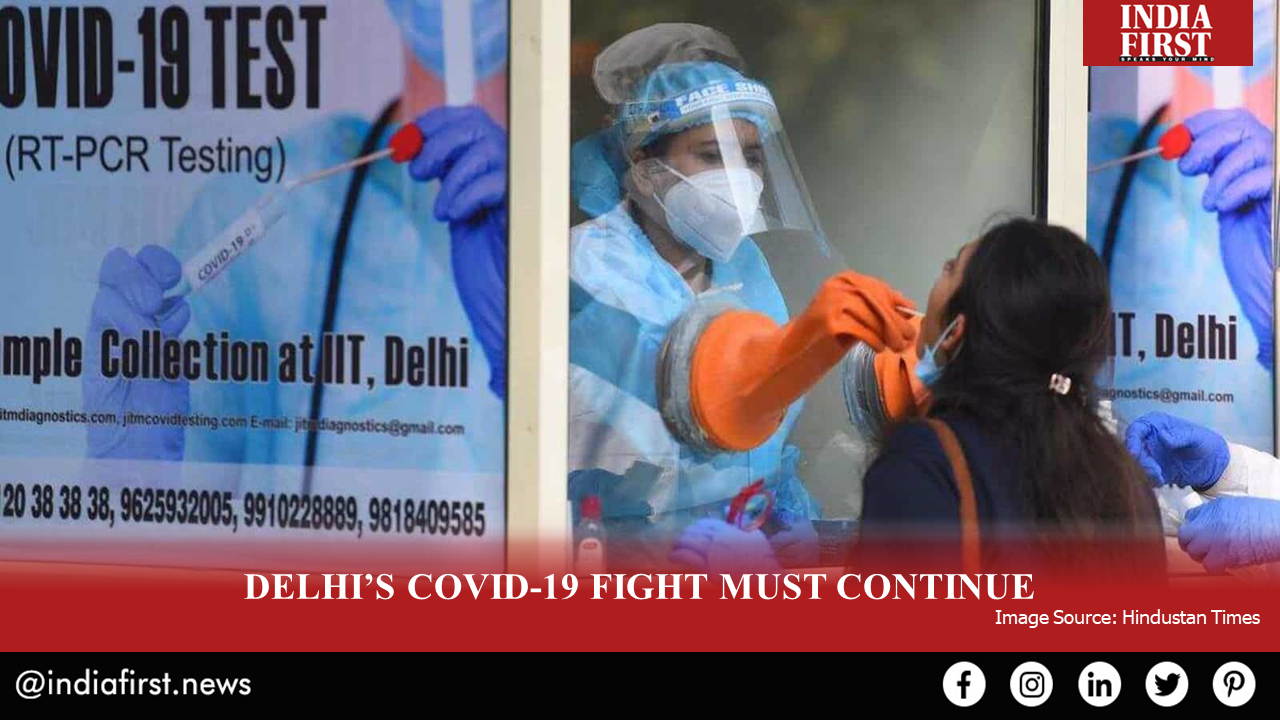 In the sea of global crises, the COVID-19 pandemic was like a tsunami because of the sheer suddenness of its outbreak and its devastating effect – and New Delhi was the among the first to be lashed by its wave. Even as India’s recovery rate is soaring and people no longer fear the coronavirus as much as they used to (and still ought to), the national capital continues to live under the COVID-19 threat.

However, after wrestling against a third wave of COVID-19, New Delhi is showing signs of recovery.

The COVID 19 graph for Delhi has seen three waves and subsequently three peaks of active cases with the first wave of cases hitting the state in mid-June and touching its peak by the last week of that month and receding by the last week of July when the case trajectory dropped from 3,400 to 1,000.

The second wave was seen by the end of August, reaching its peak in mid-September and receding by the first week of October. However, the third wave of COVID 19 was the deadliest for Delhi as it saw the highest number of cases to date, reaching its peak by November 14. This happened due to the onset of winter and the rise in air pollution during the Diwali celebrations. The case numbers escalated during the festive season as Delhiites flouted COVID-19 measures.

The Delhi government has been ramping up its testing efforts since September but it clocked in the highest number of tests last month, and now it is conducting nearly 64,000 tests every day. This has helped bring down the COVID positivity rate from 13.3% three weeks ago to around 5% these days. A dropping positivity rate coupled with an increased recovery rate indicates that COVID-19 is losing its vice-like grip on Delhi’s population. The number of deaths from the virus have also dropped from 116 on November 24 to 89 as of December 3.

However, this is no time for Delhiites to drop their guard. The capital city must continue to enforce COVID-19 safety guidelines to avoid a fourth wave from coming in. The problem of pollution and poor air quality has to be addressed if the government hopes to fortify Delhi against COVID-19.  The Delhi government needs to keep up its testing drives as well as treatment initiatives to reduce the numbers further.