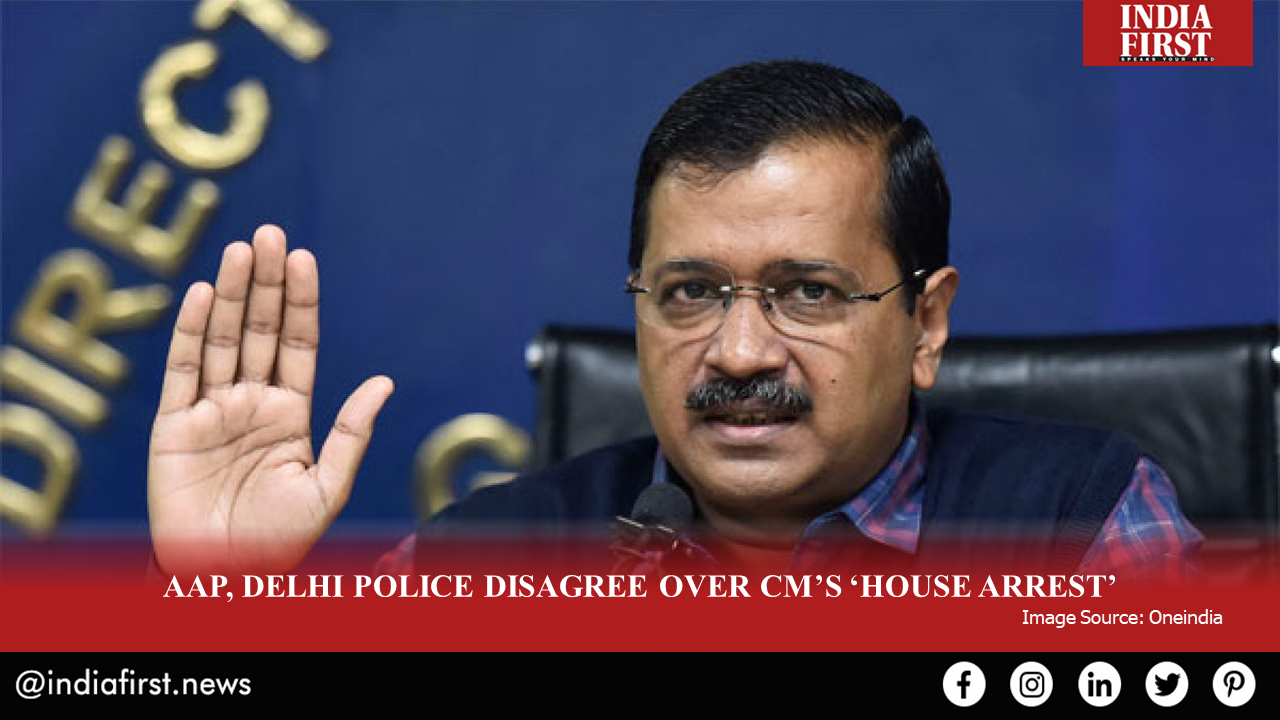 The drama around the farmers’ protests had already begun intensifying in New Delhi a day before their call for Bharat Bandh, soon after the ruling Aam Aadmi Party claimed that Delhi Chief Minister and AAP chief Arvind Kejriwal had been put under house arrest by the Delhi Police.

Apart from COVID-19, the biggest challenge facing the national capital in recent times has been the large gathering of farmers waiting at its borders to enter the union territory to protest against the farm laws.

The problem for Kejriwal and AAP started when he and some leaders of the party went to meet the farmers camped at the borders and expressed solidarity with their cause. The Delhi Chief Minister had also said that the AAP workers would join the farmers to support the nationwide shutdown they had called on December 8.

However, on the scheduled day, Delhi Police was accused of putting Kejriwal under house arrest to restrict and monitor his movements and prevent him from joining the protesting farmers at Delhi-Haryana border.

Kejriwal had previously stated that even though he had been immensely pressurised to grant that permission, he stood his ground and stopped the Delhi Police from going ahead with their plan.

This, the Kejriwal’s statement in support of the farmers, and the fear that his support would help the farmers get into New Delhi made an incensed Delhi Police take the extreme step of putting the Delhi CM under house arrest, according AAP leaders.

However, the Delhi CM himself confirmed to his party workers in an address from his residence on December 8 that although he had planned to join the Bharat Bandh as a common citizen of the country, he was stopped by the police and was placed under house arrest.

Right after Kejriwal returned from the Singhu border, according to AAP leaders, his house was barricaded and he was not allowed to venture out. The party’s spokesperson, Saurabh Bhardwaj, went so far as to accuse the Delhi Police of having a motive behind stopping AAP MLAs from entering Kejriwal’s residence on the day of the bandh: to distract the party’s workers from supporting the protesting farmers by putting Kejriwal under house arrest.

Bhardwaj also claimed that anyone who wanted to go in to meet the Chief Minister was beaten up and thrown out of his residence’s premises. Manish Sisodia, the Deputy Chief Minister of Delhi, sat in protest against the treatment that Delhi Police allegedly meted out to Kejriwal.

The Delhi Police recently shared photos and CCTV footages supporting its claims that the Delhi CM house had not been placed under house arrest and had even attended a wedding ceremony. However, the photo also showed barricades and officials in civil dress posted around his residence and it was not clear whether they were there for his security or to control his movement.