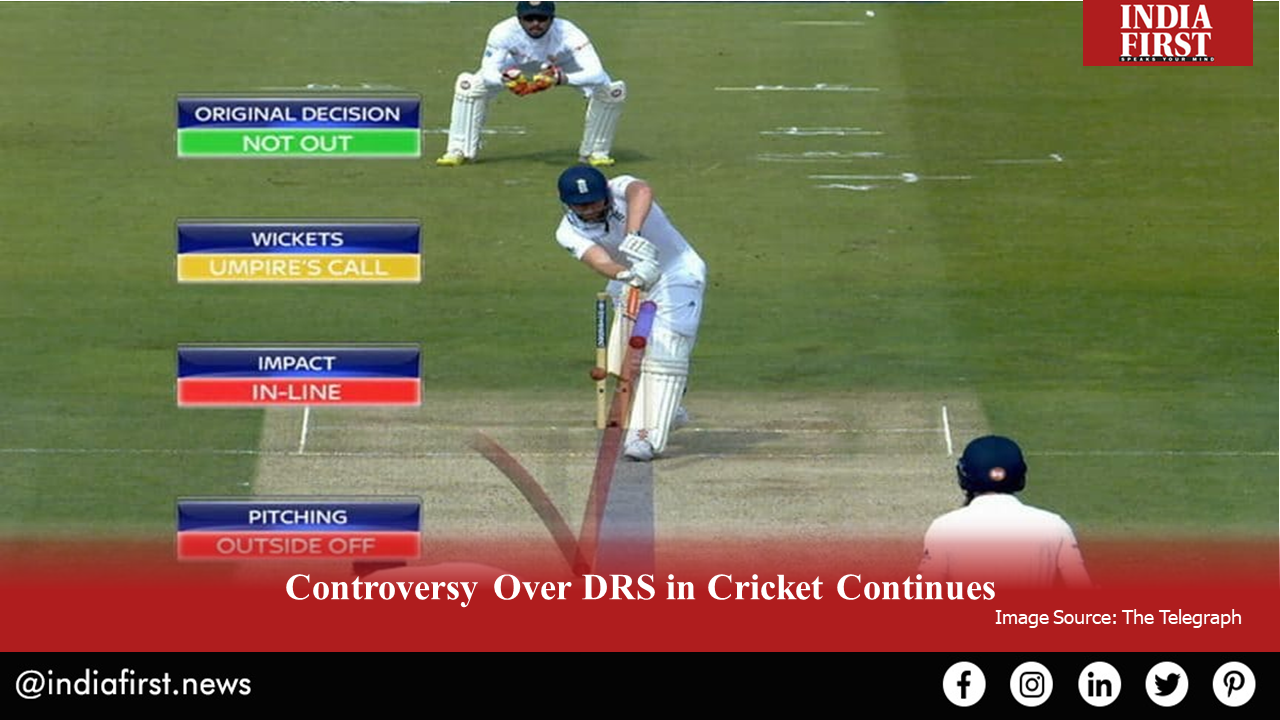 On December 8, the Indian cricket team ended up on the losing side for the first time after a year and the decision that made this loss happen was nothing short of controversial.

Despite a series win down under, the Indian team faced a loss in the third and final T20 match of the recently concluded India-Australia T20 series. The loss could have been avoided had a clear LBW of Australian cricketer Matthew Wade not been dismissed for Decision Review System (DRS) review just because of a short delay in an appeal from the Indians.

The DRS is an electronic system that is used in many sports for greater insight into the decisions of a match, helping the umpire take a better call on a disputed and unclear decision. In the sport of cricket, the DRS is used by umpires to consult the third umpire. Additionally, a playing team can appeal for a DRS review if it is sure that a decision is wrong and should be changed.

The DRS system has been pretty useful in cricket, helping teams overturn certain disputed decisions, but this time the Indian team was unable to use the DRS feature when the replay of Wade’s shot was replayed prematurely before the predetermined 15-second gap which was allowed for any change in the decision or DRS appeal from the opposing team.

The appeal from the Indian team was adjudged null and void by the umpire after the replay was relayed before the appeal. This led to the decision of Wade being not out staying unchanged although it was clear that the shot was an LBW.

If the appeal for DRS review had been approved, it would have not only given the Indian bowler and debutant T Natarajan another wicket but also stopped India from facing a defeat by 12 runs. Wade was batting at 50 at that time and went on to add more than 30 runs to his scorecard after being wrongfully adjudged not out.

The incident happened in the 11th over of the match, when T Natarajan’s ball was hit by Wade and a possible case of LBW was ruled out by the on-field umpire to give a not out to Wade. Indian captain Virat Kohli went on to discuss this with his bowler and wicketkeeper. However, Kohli’s subsequent appeal for the DRS was dismissed after the replay was played and it was believed that the Indian captain went for the review after seeing the replay.

However, the premature replay was an electronic error and umpires told Kohli that they could remedy the situation and must stick to the rules.

India lost the match due to a third-party error, but Kohli could not have been prouder of the series win. Applauding his boys, the captain said the team was a young and inexperienced one and, given their lack of experience, the performance of the team was commendable.

The Indian team is now gearing up for the upcoming test series against Australia. But how will the team fare in the absence of Kohli will be interesting to see.