Could Sharad Pawar be the Next UPA Chief? | India First e Newspaper Skip to navigation Skip to content 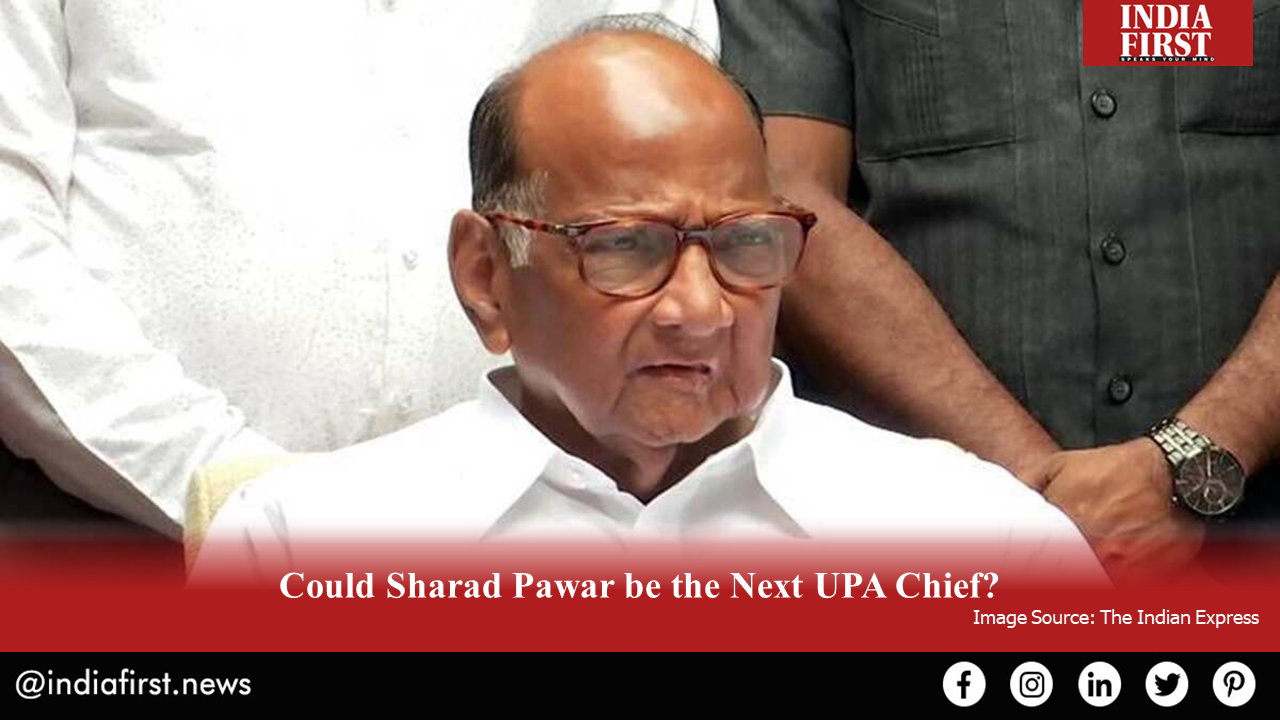 After the Bihar elections, the Congress has been looking weaker than ever before. As the grand old party of India’s political fortunes have been spiralling downwards with infighting and calls for a leadership change, the United Progressive Alliance, which has till now been led by Congress president Sonia Gandhi, has also been questioning its leadership.

During such uncertain times, when speculation over a leadership change in the UPA is rife, the name of NCP chief Sharad Pawar has been featuring increasingly as the strongest contender.

Pawar is a veteran leader of the opposition, has experience on his side, and also has enough credentials to take over as the chairperson of the UPA.

Many prominent political leaders, especially from the Shiv Sena, have been pitching in the name of Pawar for the post of UPA chairperson. Leaders from the ranks of NCP have also come out in support of Pawar’s candidature for the post.

NCP ally Shiv Sena said changing the leadership of UPA and replacing Sonia  with Pawar as the chairperson will be beneficial for the alliance. Reacting to the rumours, Shiv Sena leader Sanjay Raut said that the Congress is growing weak in certain regions of the country despite having a strong central presence. Keeping the Congress’ loss of power and influence over regional sections of Indian politics in view, he noted, a change in the leadership of UPA needs to be taken seriously.

Asserting the need for a leader who can take all regional parties of the UPA along with him or her, Raut said no one except the NCP chief has that kind of political stature and influence.

With political jibes directed towards both Sonia and Congress leader Rahul Gandhi, Raut said there is a need to unite the Opposition and, therefore, a consensus leadership is much needed within the UPA. With his comments, Raut hinted at the dynastic and outdated leadership of Congress that led to its declineHe said a party that is unable to address its own issues is not fit to lead a central alliance.

However, Maharashtra Deputy CM and NCP leader Ajit Pawar maintained that the claims were just rumours and the NCP chief will not be the next chairperson of the UPA. Pawar has, however, said that Pawar has great relations with other political leaders across party lines and is a well-respected leader of the UPA.

The NCP chief is currently working to resolve the farmers’ issues. His party has brushed aside the news about him as rumours planted by rivals to confuse and divide the UPA during a crucial phase of Indian politics.