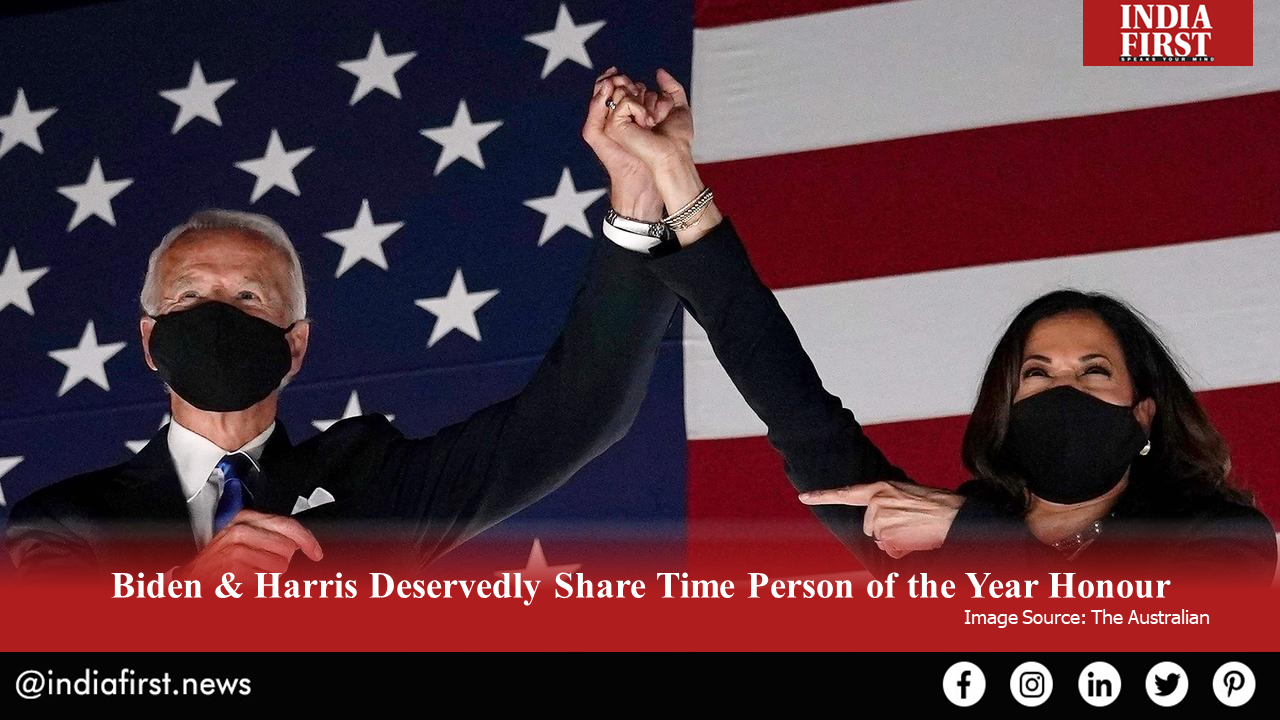 This time, the Time Person of the Year title has been shared by US President-elect Joe Biden and Vice President-Elect Kamala Harris. So why have they been the right choice for the honour?

Choosing the Person of the Year for 2020 was a humongous task for Time magazine because the year itself has been challenging with humanity battling many crises at the same time and the world saw many leaders rise to these challenges in different ways.

The biggest transformations in the world are generally reflected in the most powerful nation of the world, the United States of America, a country that has always played the global leader during times of crisis. However, the year 2020 has been a more introspective one for the nation as it battled the threat of COVID-19, becoming the most affected country by the deadly virus and clocking in the worst fatality rates. The country had to deal not only with the mismanagement of the pandemic but also with rampant racial discrimination, economic deterioration, and the outright displays of white supremacy.

This year also saw one of the most important events in recent times – the US presidential elections. Even as America was in the thick of a debate that brought the most uncomfortable truths about the country to the surface, its citizens knew that they had to change their leadership to survive an unprecedented crisis. The US needed to break away from the divisive politics of the Trump administration and stand united against the immediate crises faced by the country.

The Biden-Harris duo picked up the gauntlet to unite the country. By winning the US presidential elections with record votes, Biden proved to be a leader who could rally a nation behind him and would keep the Americans united to battle the crises facing them.

In Harris, the US has an opportunity to change the course of history and truly become a multicultural and multiracial country that respects diverse perspectives. Harris will not only be the first female but also the first African American and Asian American Vice President of the country. If Biden’s campaign during this presidential election was to unite America again, Harris is the very personification of it, with her mixed heritage.

Leading the US back from its divisive recent past to a unified front during a crisis-ridden year, Biden and Harris deserve the Time Person of the Year title in every way.

The Biden-Harris Administration will inherit a country that has a lot to overcome what with an ailing economy, racial tensions, a pandemic, and climate change concerns. The world will be watching the closely as the Biden-Harris begin their mission to make America great again.