NAYAGARH: NO PLACE FOR THE LITTLE ONES | India First e Newspaper Skip to navigation Skip to content 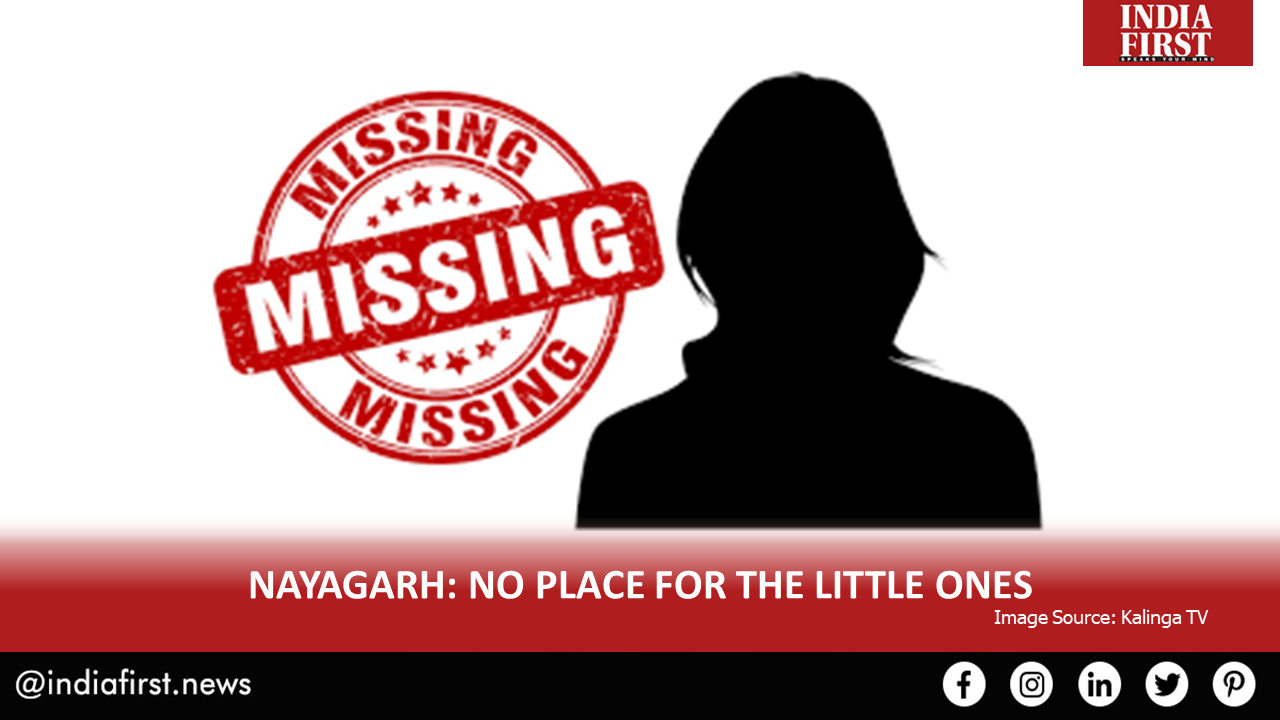 As the tiny body of three-year-old Swati was found four days after she went missing from her Badhipatna village home in Nayagarh district, her parents’ dimming hopes of getting back their dear little daughter finally died.

According to her family, Swati was playing just outside her house in the afternoon of December 11 –  as usual – when she mysteriously disappeared. Her mason father, Sanjay Kumar Sahoo, desperately looked for her all over the place in vain before lodging a missing person report at the Ranpur block police station.

Much to its credit, the local police registered the case immediately and left no stone unturned – from setting up multiple search teams, to deploying sniffer dogs, to taking help from Odisha Fire Service personnel (who combed through the village’s wells and ponds) – to find Swati.

At last and alas, she was recovered from a pond in the Adibasi Sahi area of the village.

Considering the considerable distance of the pond from Swati’s home and the fact that she had never gone out of the village, her father suspects foul play and “an insider’s hand” in the matter.

Although initial investigation suggested that she might have simply died of drowning, the real reason behind her death is yet to be ascertained as it awaits the autopsy report.

This story bears many an eerie similarity to the highly charged Pari case, which involves the kidnap and murder of a five-year-old girl in Jadupur village of Nayagarh district.

Just like Swati, Pari had gone missing after being last seen playing in front of her village house in July this year. Incidentally, their fathers share the same surname (Pari was the daughter of Ashok Sahoo). In both cases, there are suspicions about settling of personal scores. And glaringly, both took place in the same district in the same year and have yet to be solved.

What is feared most, however, is that the two girls might be common victims of a big human organ trade racket allegedly active in – or possibly even operating out of – Nayagarh district. This notion gained currency after Pari’s father claimed that her eyes and kidneys had been removed when her body was recovered by a police search team from a bag buried in the backyard of the family’s house.

Of course, the Pari case is far more controversial and political thanks to the many circumstances surrounding it.

Although the five-year-old went missing on July 14 and her skeletal remains were found nine days later, her case caught public and political attention only on November 24 – the day when her parents threatened to self-immolate in front of the Odisha assembly, protesting against what they deemed to be an unfair, harrowing and harassing police investigation. Sahoo had even submitted a petition at the Odisha High Court accusing the police of delaying and undermining his daughter’s investigation.

However, within three days of that disturbingly dramatic incident last month, Chief Minister Naveen Patnaik set up a Special Investigation Team, led by senior IPS officer Arun Bothra, to conduct a comprehensive probe into the Pari matter. Since then, over the course of the next fortnight, suspects have been grilled and action taken against some police officials closely linked to the case.

Yet, given that prime suspect Babuli Nayak is supposedly a close aide of state agriculture minister Arun Sahoo, Pari’s parents and the state BJP continue to insist on handing over her case to the CBI for a fair investigation even as the opposition maintains its demand for the resignation – or expulsion – of the BJD leader from his ministerial post.

Meanwhile, the fields and bylanes that doubled up as lively playing spaces for village kids in Nayagarh wear a desolate look. Parents in the district have become increasingly wary of letting their children out to play. Their fear is more than justified. Until the grimly mysterious cases of Pari and Swati are satisfactorily and conclusively resolved, Nayagarh can in no way be seen as a place safe enough for the little ones.