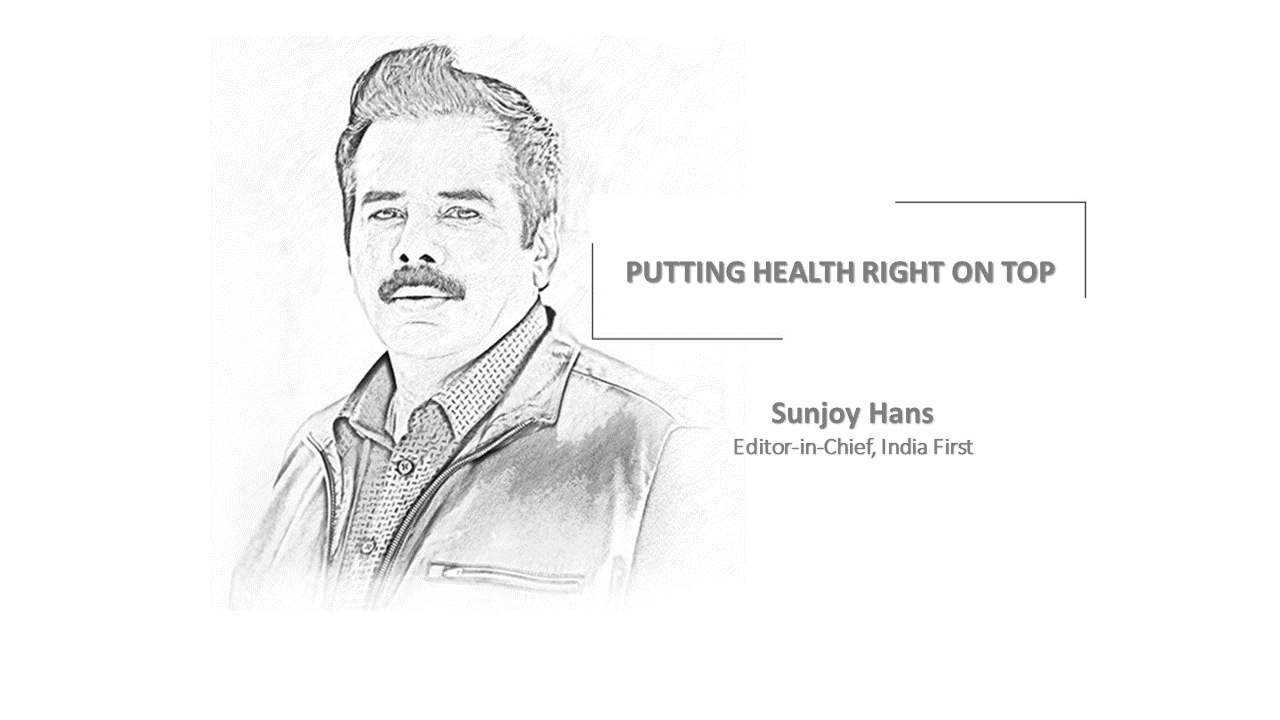 Thanks to the COVID-19 pandemic, healthcare now tops the agenda of the whole world – both at the individual and the institutional level. Governments across the world are according it top priority. In India, it was pushed to the forefront of the NDA government’s action plan in the immediate wake of the outbreak of the pandemic. Among the states, Odisha was first off the blocks in making arrangements towards strengthening its health infrastructure by setting up special COVID hospitals and health facilities right up to the panchayat level.

Chief Minister Naveen Patnaik was probably the first to realize that there was a correlation between the health of the people and the economy. He understood much better and earlier than others that people with poor health were likely to be less productive economically. Hence investing in health was important for him as it not only improved the quality of people’s life but also their performance on the work front, thus ensuring greater economic returns and productivity.

Thankfully, he is still on the trail that he blazed all those months ago as he continues to invest heavily in the healthcare sector. His government’s latest decision to set up a medical college and a hospital in Jajpur and a teaching hospital in Puri is proof enough. The government has set a 36-month deadline for the completion of these projects, which will boost healthcare in not only the districts where these facilities will come up but also the entire state.

While the medical college and hospital will have 100 seats and 500 beds, the teaching hospital will have 650 beds. The move will also help improve medical education and cater to the state’s need for qualified doctors. Once these hospitals come up, the burden on the SCB Medical college and hospital – Odisha’s premier medical institute in the government sector – will also get reduced significantly.

This move comes close on the heels of the state government’s decision to establish a new 100-seat medical college and teaching hospital in Phulbani town of Kandhamal district and a 650-bed teaching hospital for the medical college in Koraput on turnkey basis. Both Kandhmal and Koraput are tribal-dominated districts where healthcare facilities had never been satisfactory in the past. As a result, illiterate tribal people used to flock to quacks and witch-doctors for treatment.

Things in this tribal belt, however, changed significantly after the Biju Janata Dal came to power. Not only did health facilities at the district, block and panchayat levels improve significantly, but care was also taken to ensure that doctors attended hospitals and health centres regularly. Absentee doctors and paramedics were punished. Now with the government’s latest announced about new hospitals, things are all set to improve even further.

The five-time Chief Minister is simultaneously focusing on preventive care and ramping up of screening programmes and awareness drives. The pandemic has apparently made him re-evaluate healthcare service delivery, and he seems more determined than ever to make it world-class with the active participation of all stakeholders. Patnaik has drawn lessons from the pandemic and used the experience for the benefit of his people better than any other chief minister in the country.