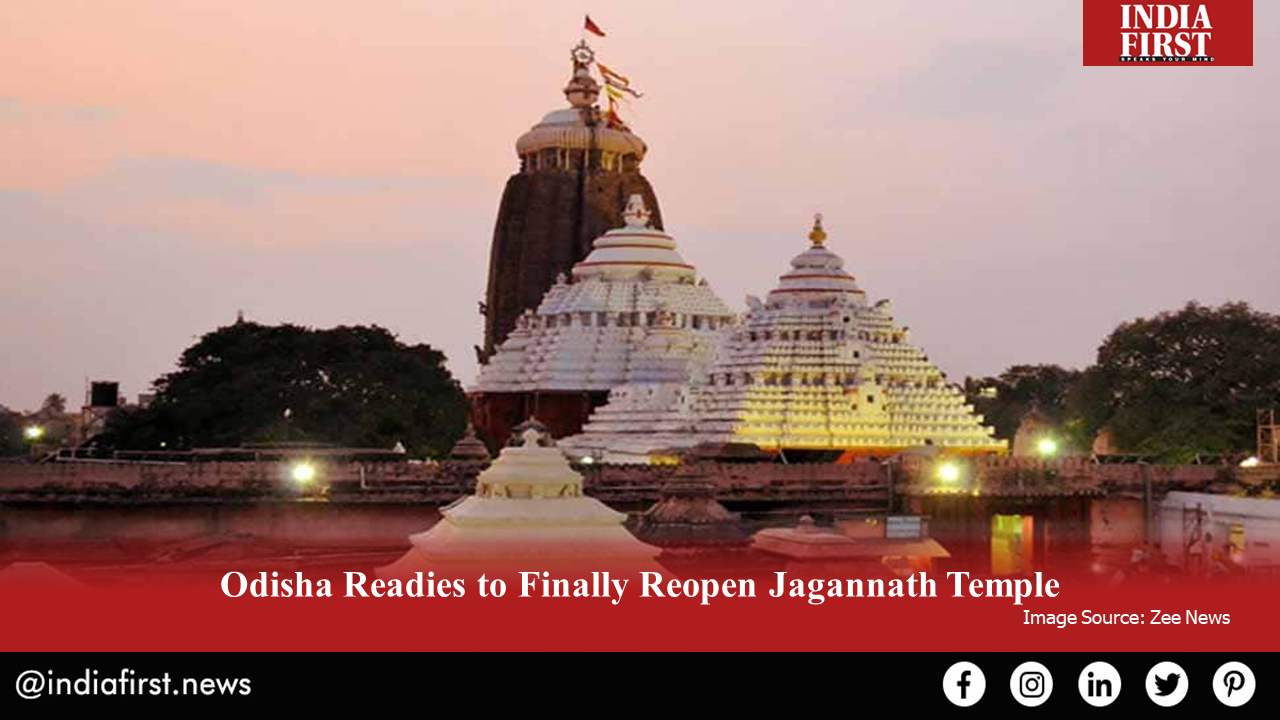 With the number of active COVID-19 cases declining in the state and a vaccine soon to be released for distribution, Odisha government has decided to open the gates of Puri Jagannath Temple for the public for the first time in nine months. The temple had been closed to the public since March this year after the outbreak of the coronavirus pandemic. The Jagannath Temple in Puri is one of the most popular and revered pilgrimages of the country, used to drawing crowds in thousands every day in the pre-pandemic era. However, such crowds would have turned the sacred temple into COVID-19 hotspot had it not been shut in time.

The daily rituals of the presiding deities were, however, carried out without interruption as the servitors continued to be at work behind closed doors.

After nine months of closure in which the devotees only saw the deities during the Rath Yatra festival, the Puri Temple administration has decided to seek the government’s permission to open the temple for public from December 23 onwards.

If allowed to reopen on that day, the Puri temple will initially let in the residents of the city, and will allow other visitors only from January 3 onwards. As the New Year period generally witnesses a sea of crowd at the temple seeking Lord Jagannath’s blessings, the temple administration has declared that the holy premises shall closed on January 1 and January 2 next year to avoid a fresh wave of COVID-19 cases.

The move to reopen temples and religious places in the state came after the daily count of reported cases went down by half within the span of a month.

District collectors have been given the responsibility of taking a call on the reopening of temples in their respective districts after putting in place a standard operating procedure for the temples to run smoothly after reopening. The Puri Jagannath Temple administration is currently setting up security checkpoints and barricades in place for the smooth and safe entry of devotees into the temple while the district administration is working on an SOP that will be put into effect from the day of reopening. The temple administration is also cleaning the periphery of the temple to ensure healthy and hygienic conditions around it.

The SOP will most likely include guidelines for the graded reopening of the shrine and include detailed directives for selection and entry of devotees into the temple with appropriate identification proof. The SOP will also involve guidelines on mandating COVID-19-negative reports for all visiting devotees, including those who are residents of Puri. The SOP will also include details regarding the validity of these documents. Once the SOP has been authorized, the temple will reopen, according to the temple administration.

While many devotees were disappointed about missing the rare Nagarjuna Besha of the Lord, news of the temple’s reopening has lifted their spirits.